Aero 50 Sodomka made by MIVA

Aero 50 Sodomka made by MIVA

For already two weeks I'm working on this one, but it seems that I'm a little bit late with showing it, sorry

A couple of years ago I found this model of the Czech mid-class car Aero 50 with coachwork by Sodomka, who also made magnificent modernistic bodies for Walter, another Czech car manufacturer. 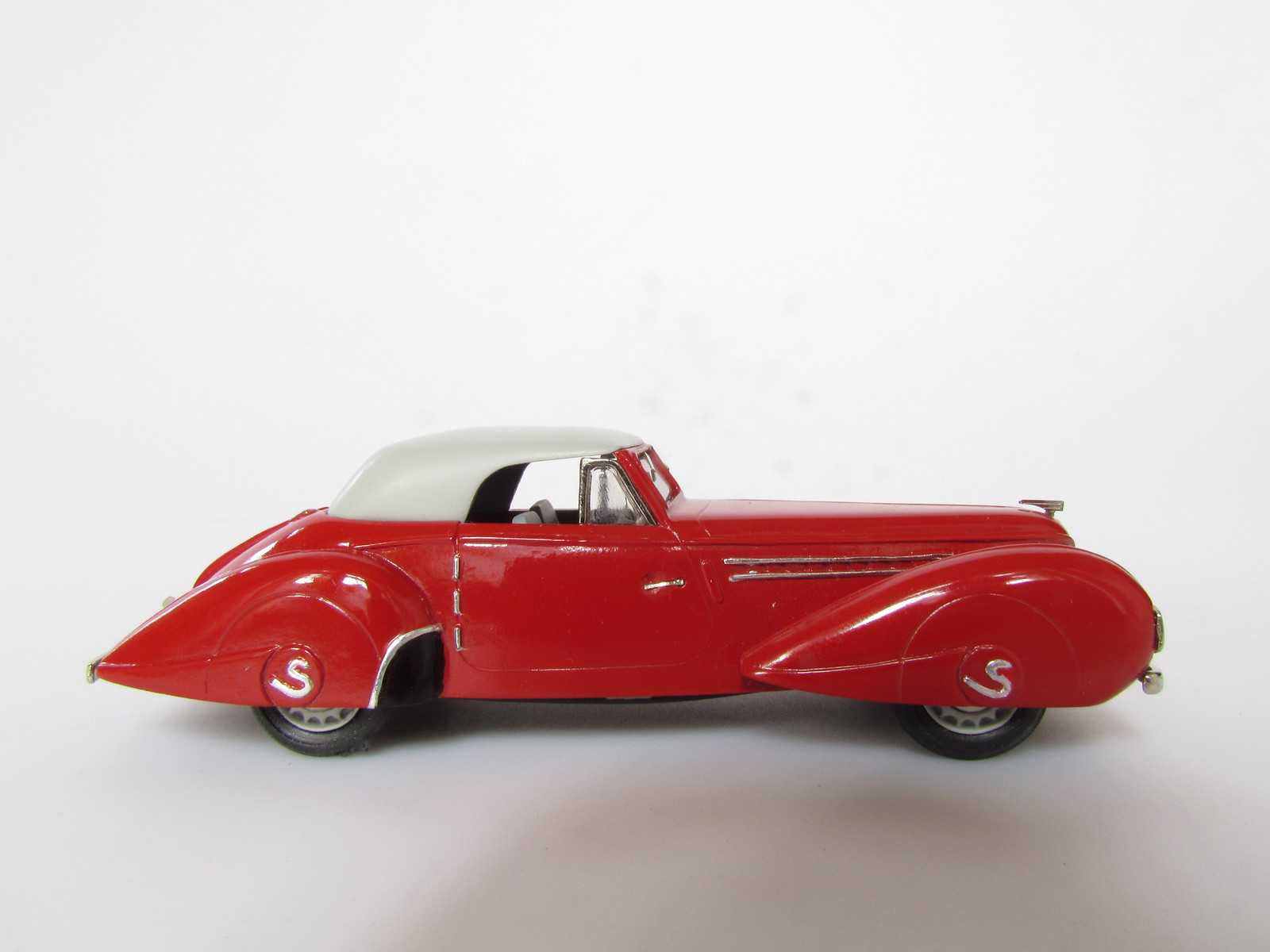 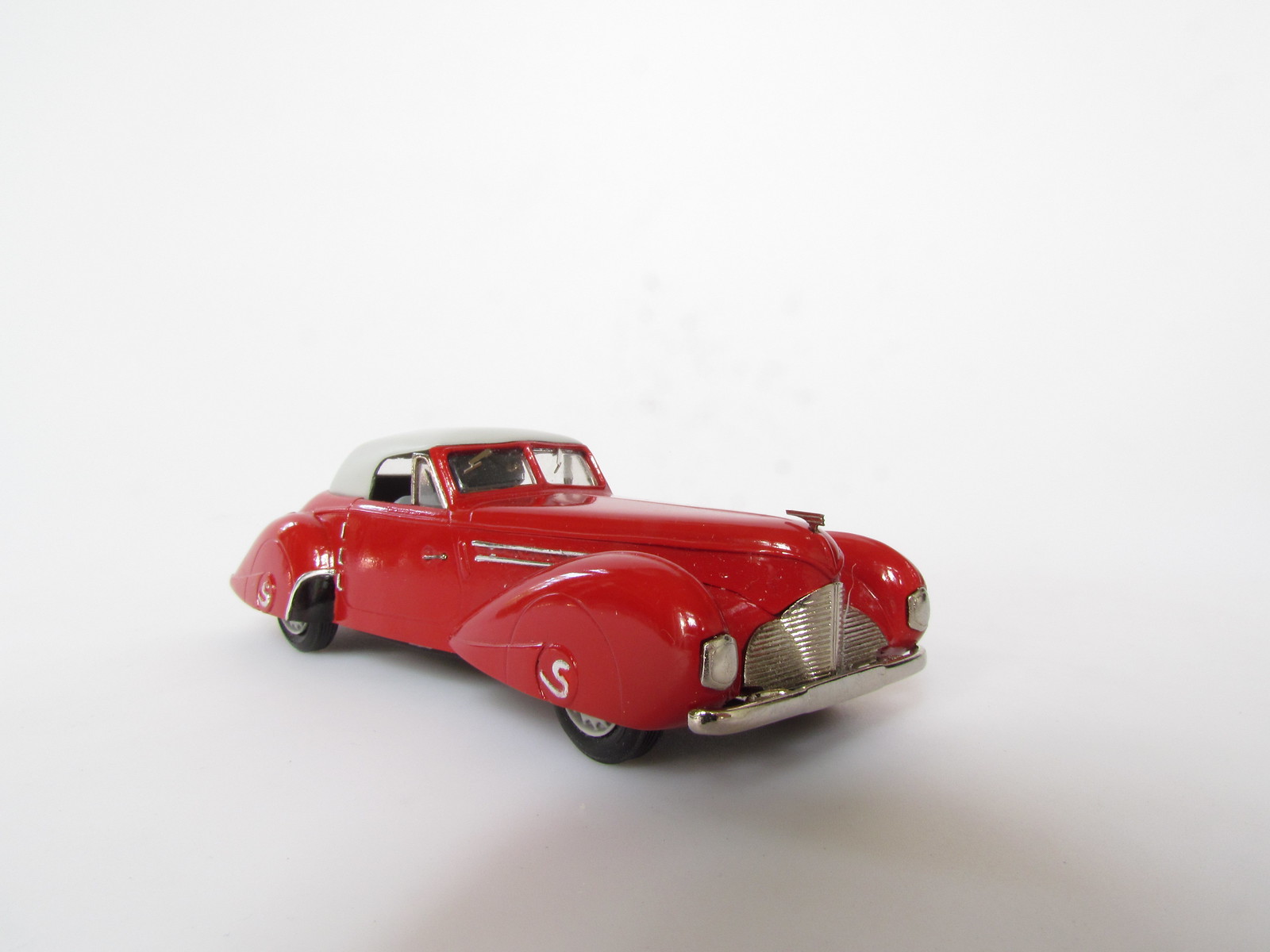 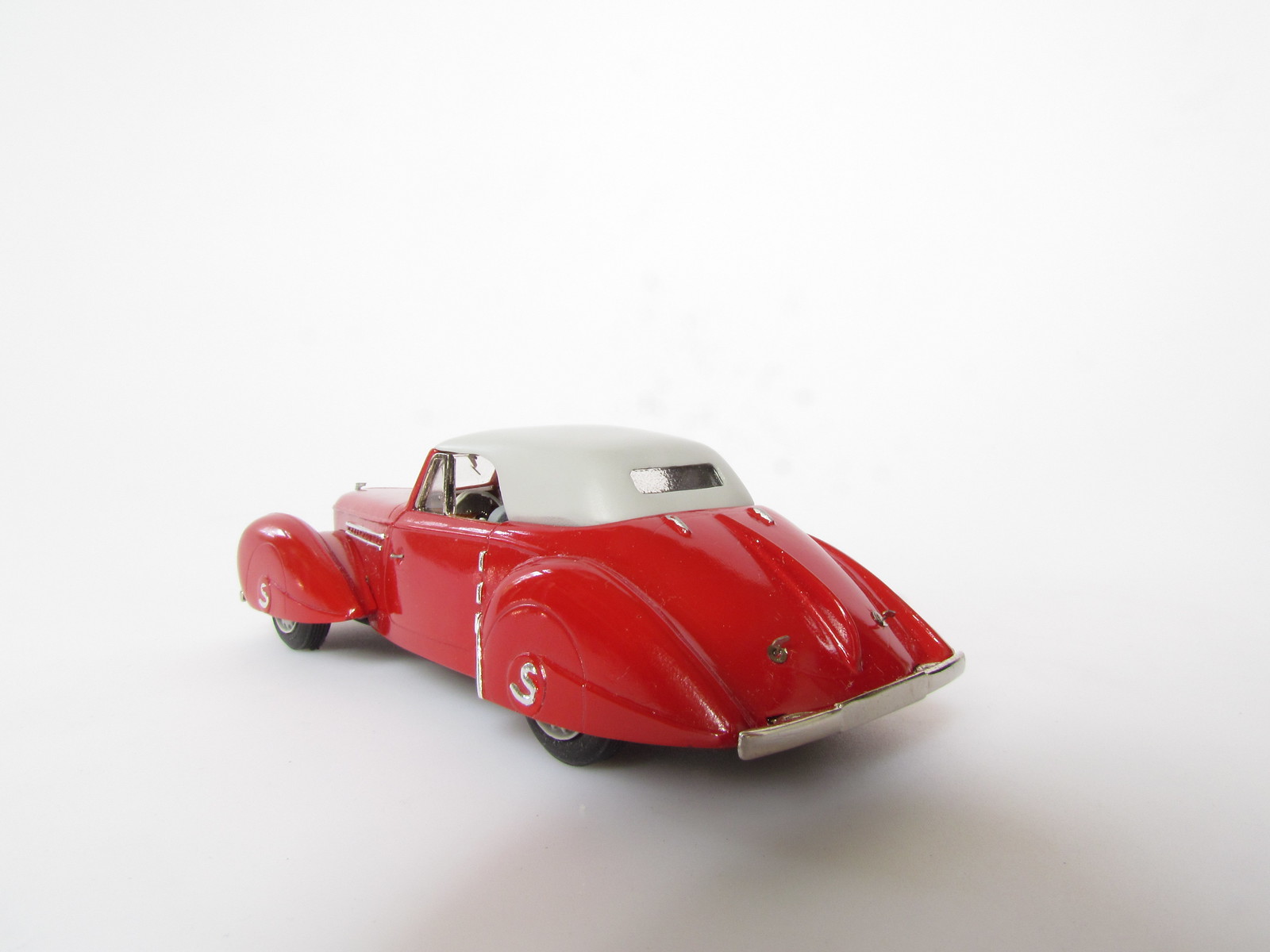 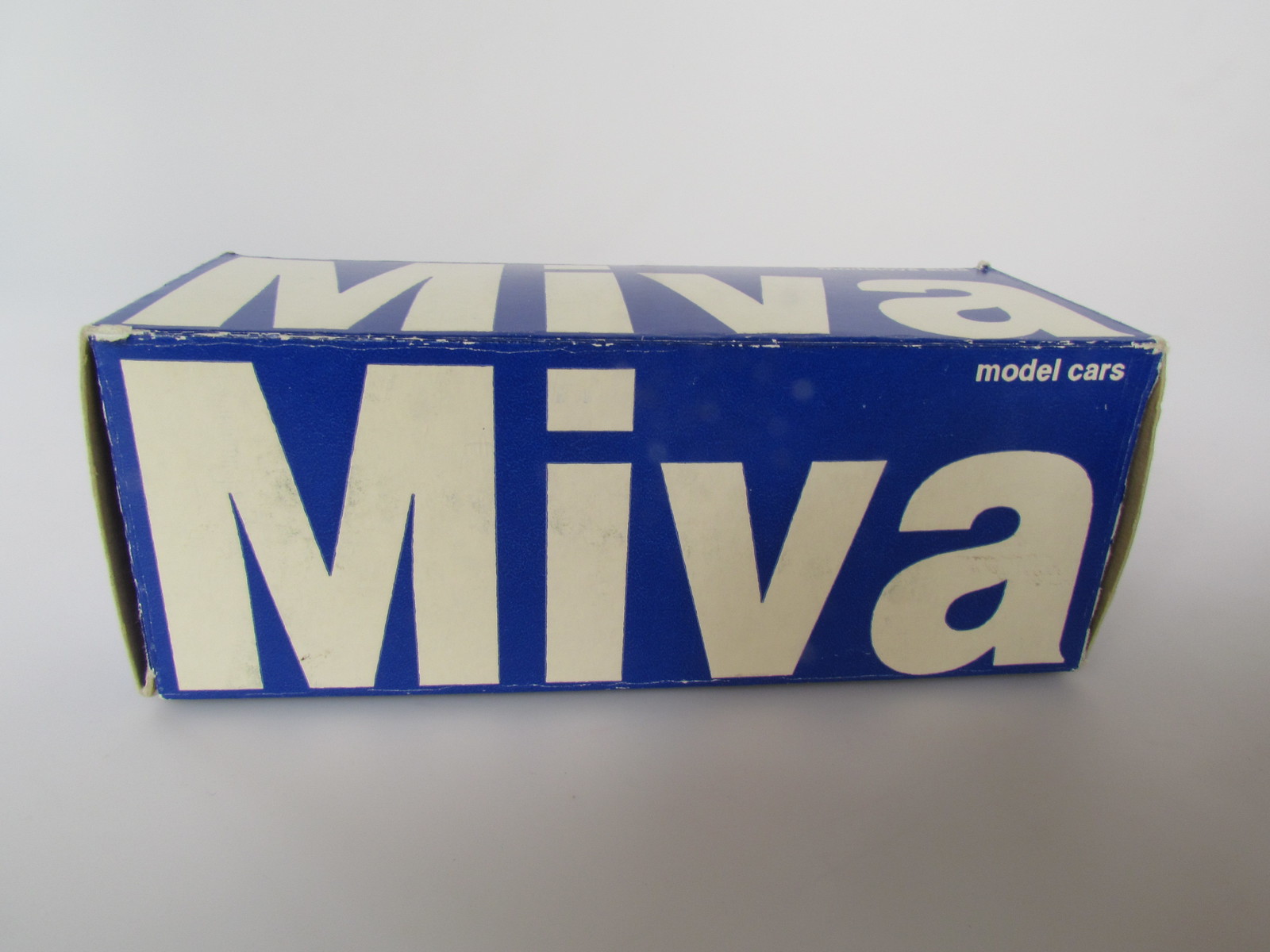 MIVA seems to had made only two models, both very rare to find. When I had the chance to grab this one two or three years ago, I paid a fortune for it, almost the most expensive model in my collection

. A couple of months ago, when browsing the www, I found out that meanwhile another company re-issued exactly the same model, now available for an "apple and an egg", as we say in Germany. So this may be the biggest loss in my model-building career, hopefully... 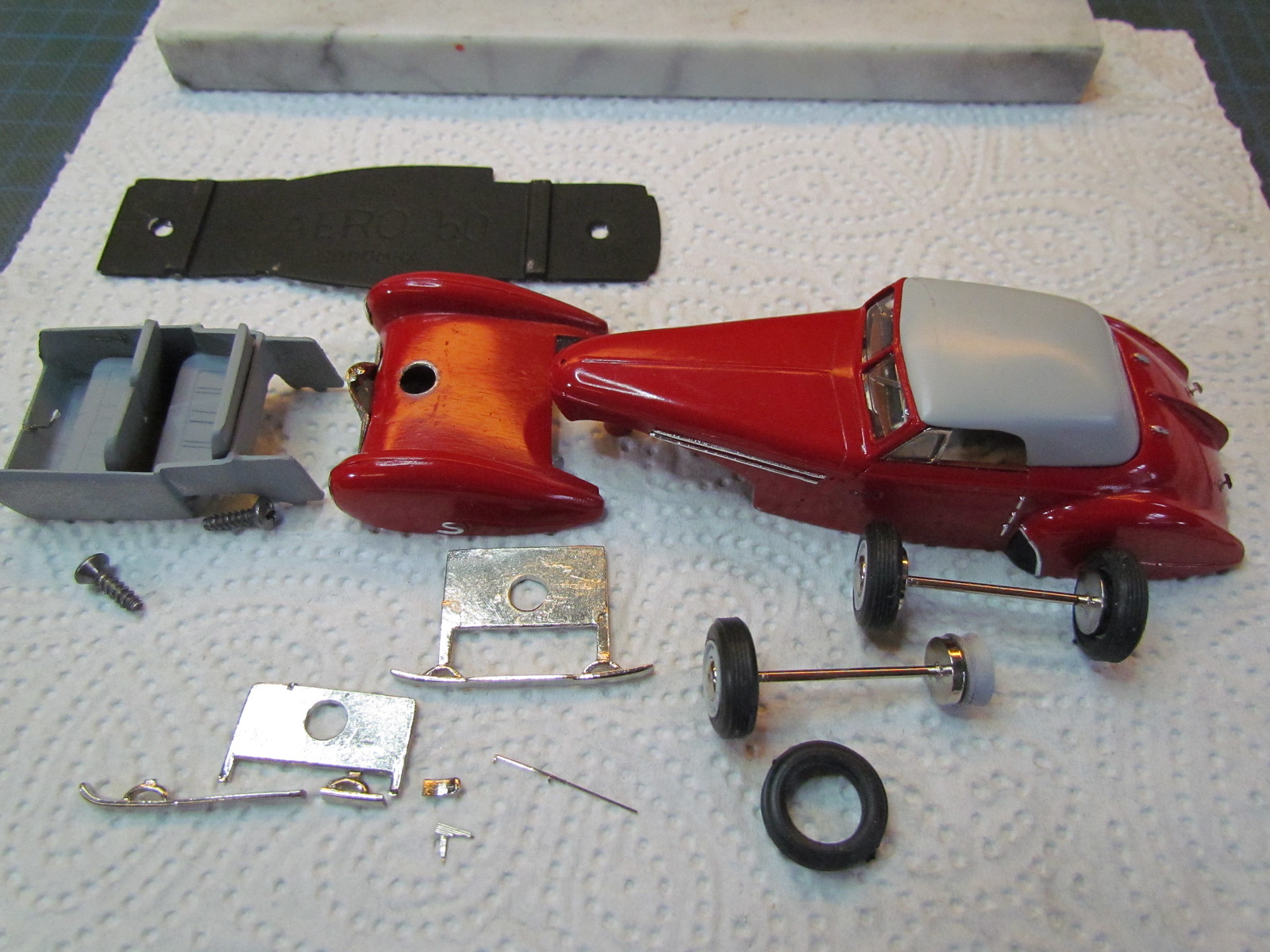 However, it's a nicely made model, although with some minor and bigger issues. Easy to disassemble... 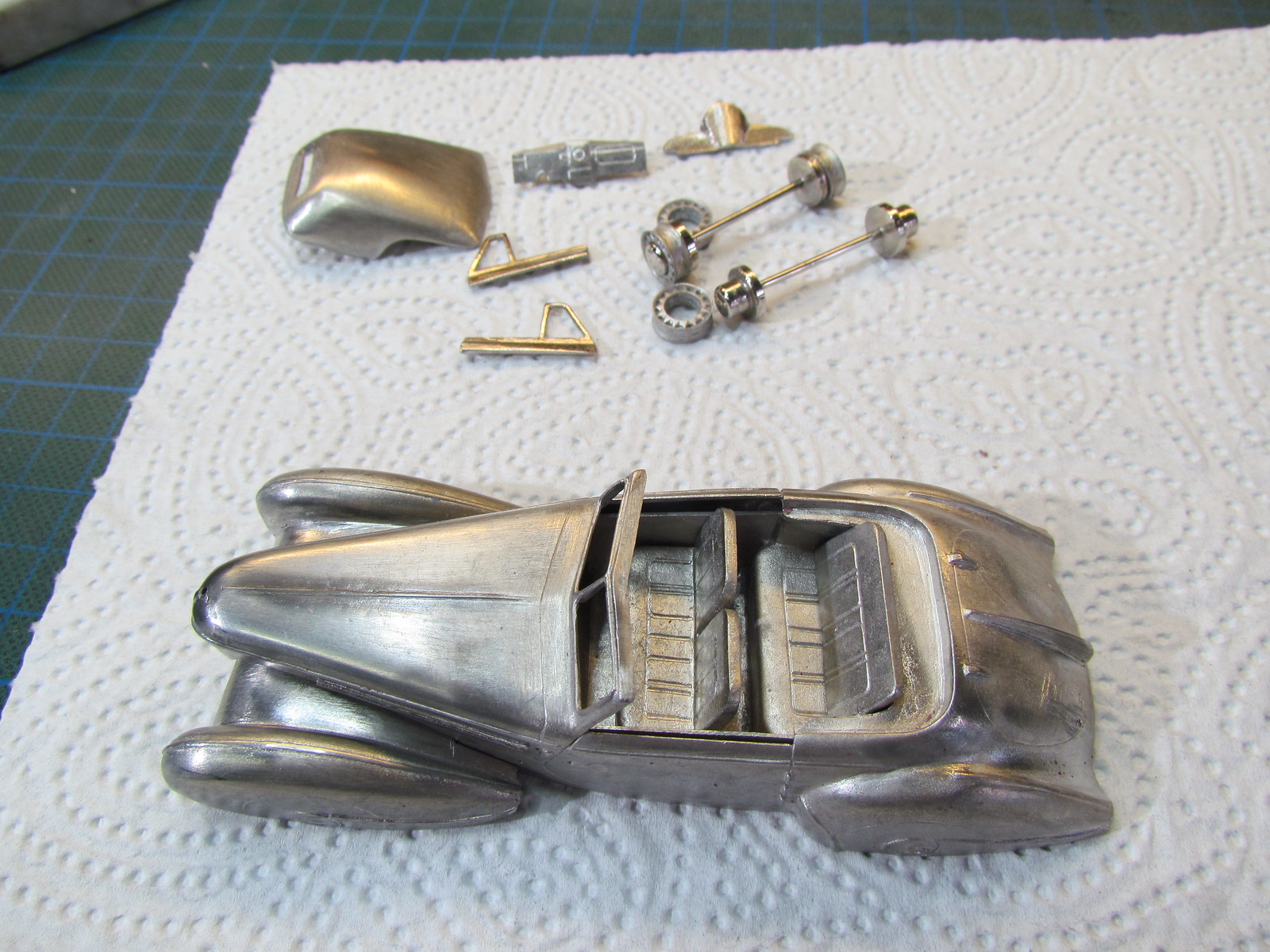 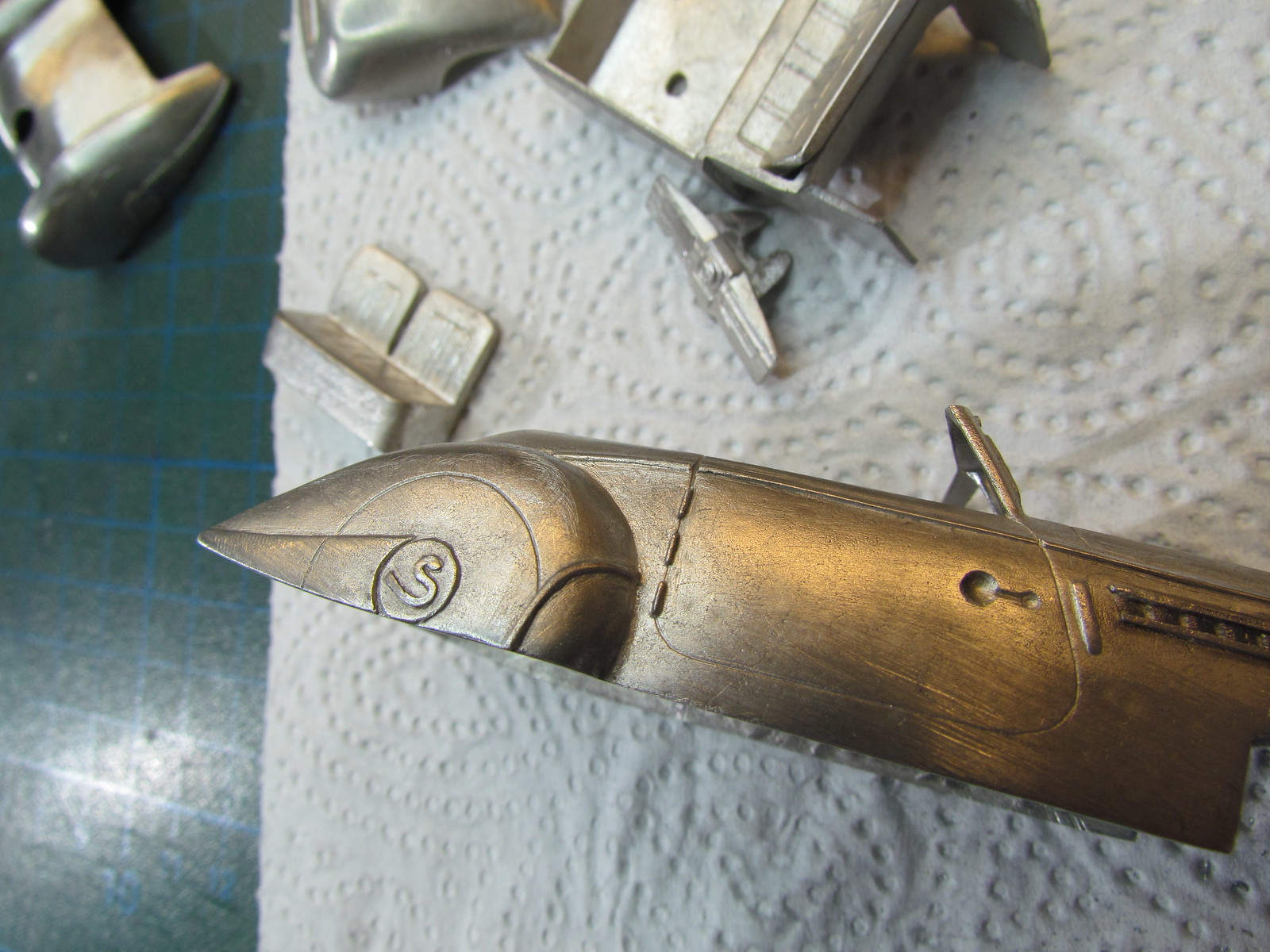 The design is very obvious inspired by the Geo Ham roadster mady by Figoni on Delahaye, so Geo Ham should have sued Sodomka, as well... 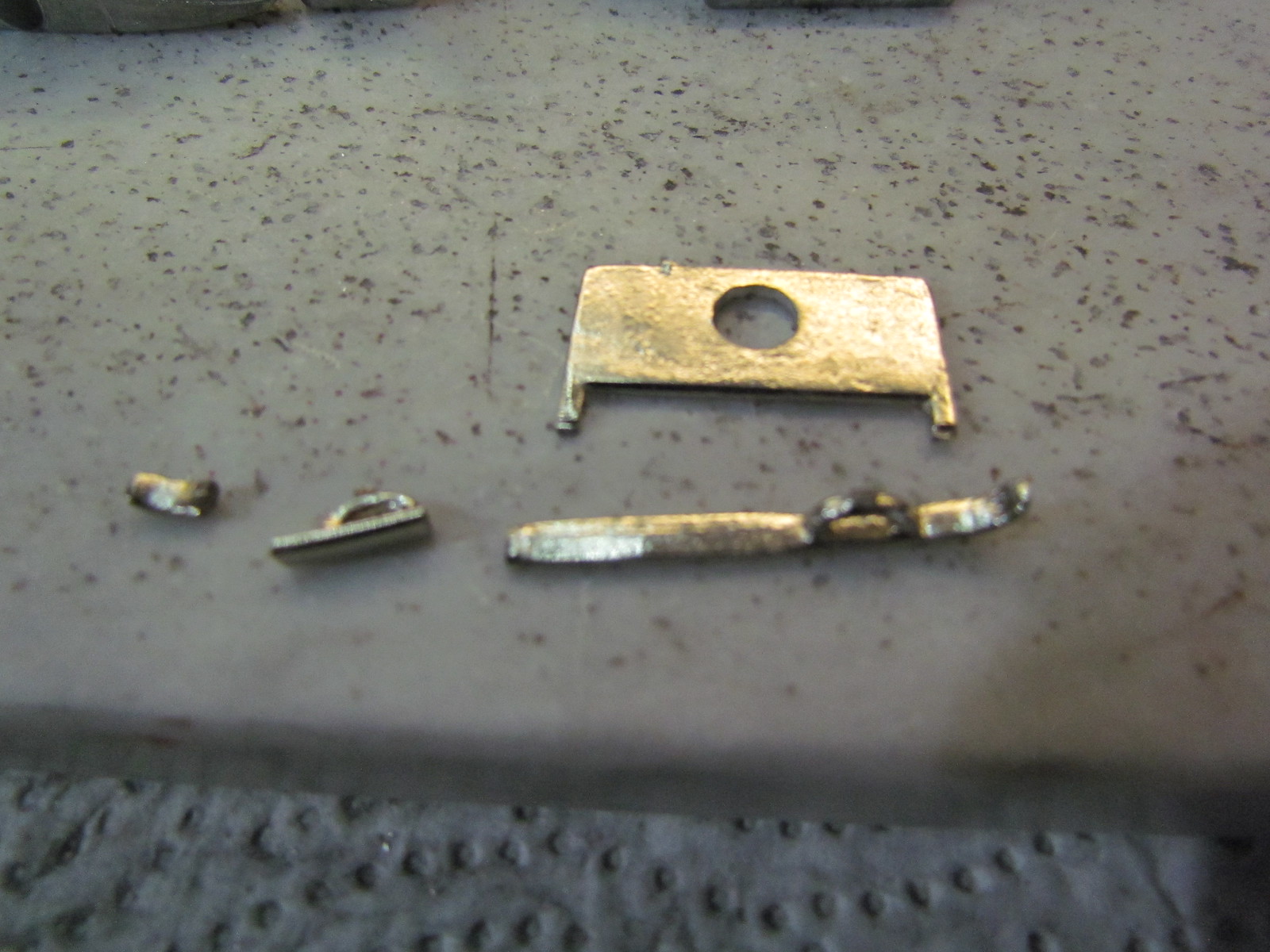 The model was stored in a solid plastic box on the floor, it definitely never dropped down or was crashed, but when unwrapping it, one of the bumpers was broken 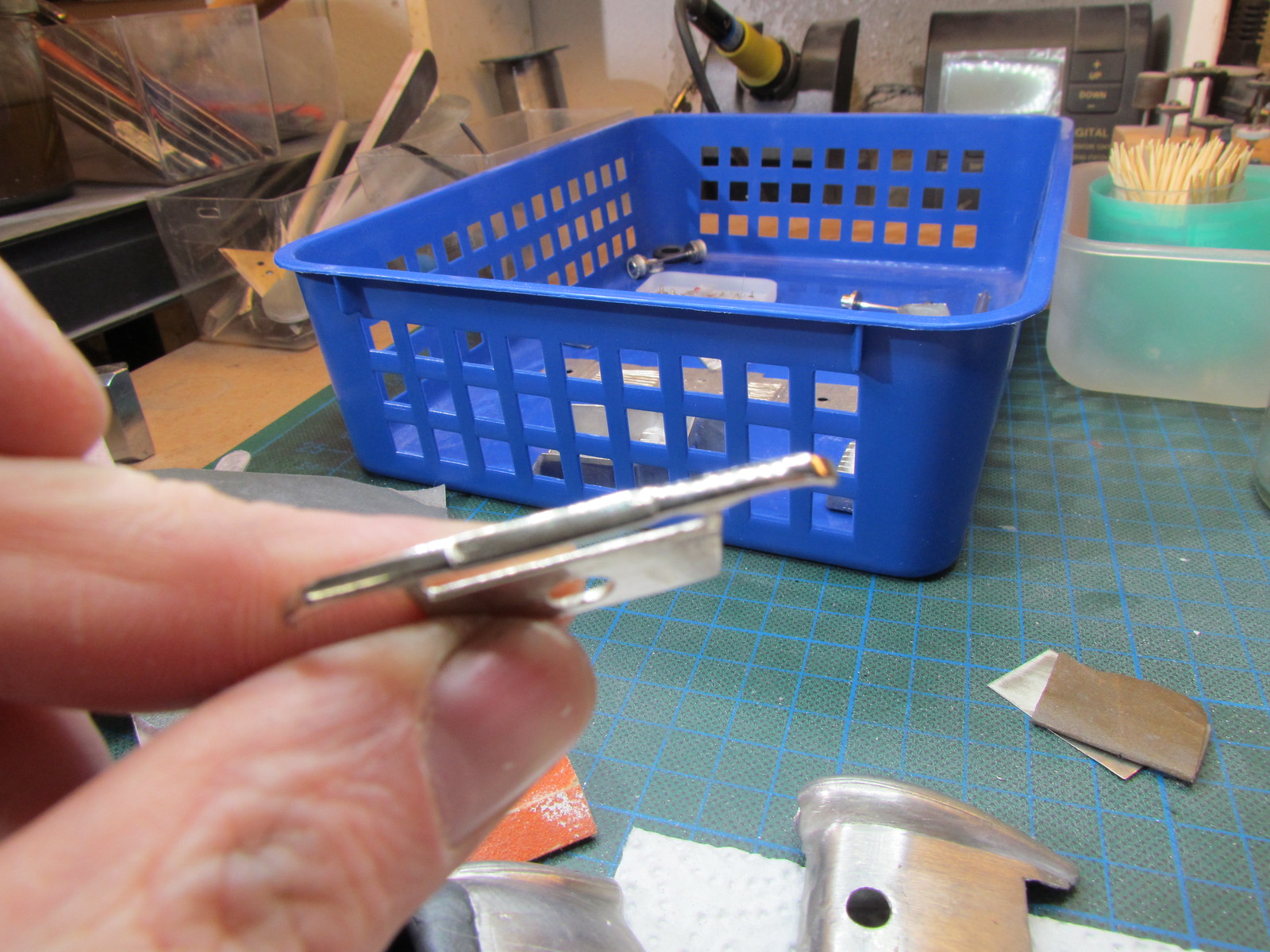 With the help of acupuncture needles stuck into 0.3mm holes drilled horizontally into the bumper remainings, it could be repaired. 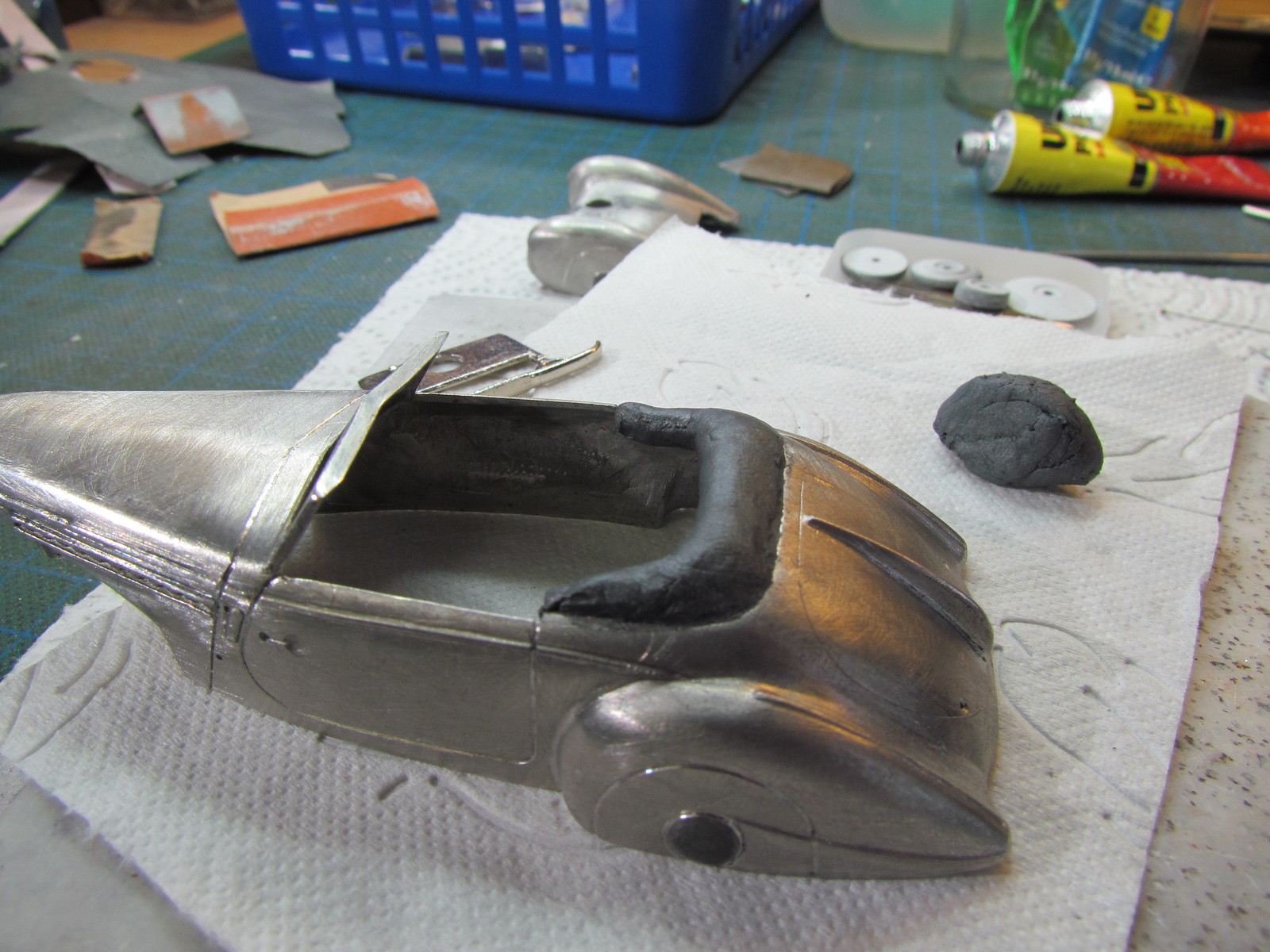 I'd like to have an alternating open hood, so I use metal putty, pressed into the surrounding. 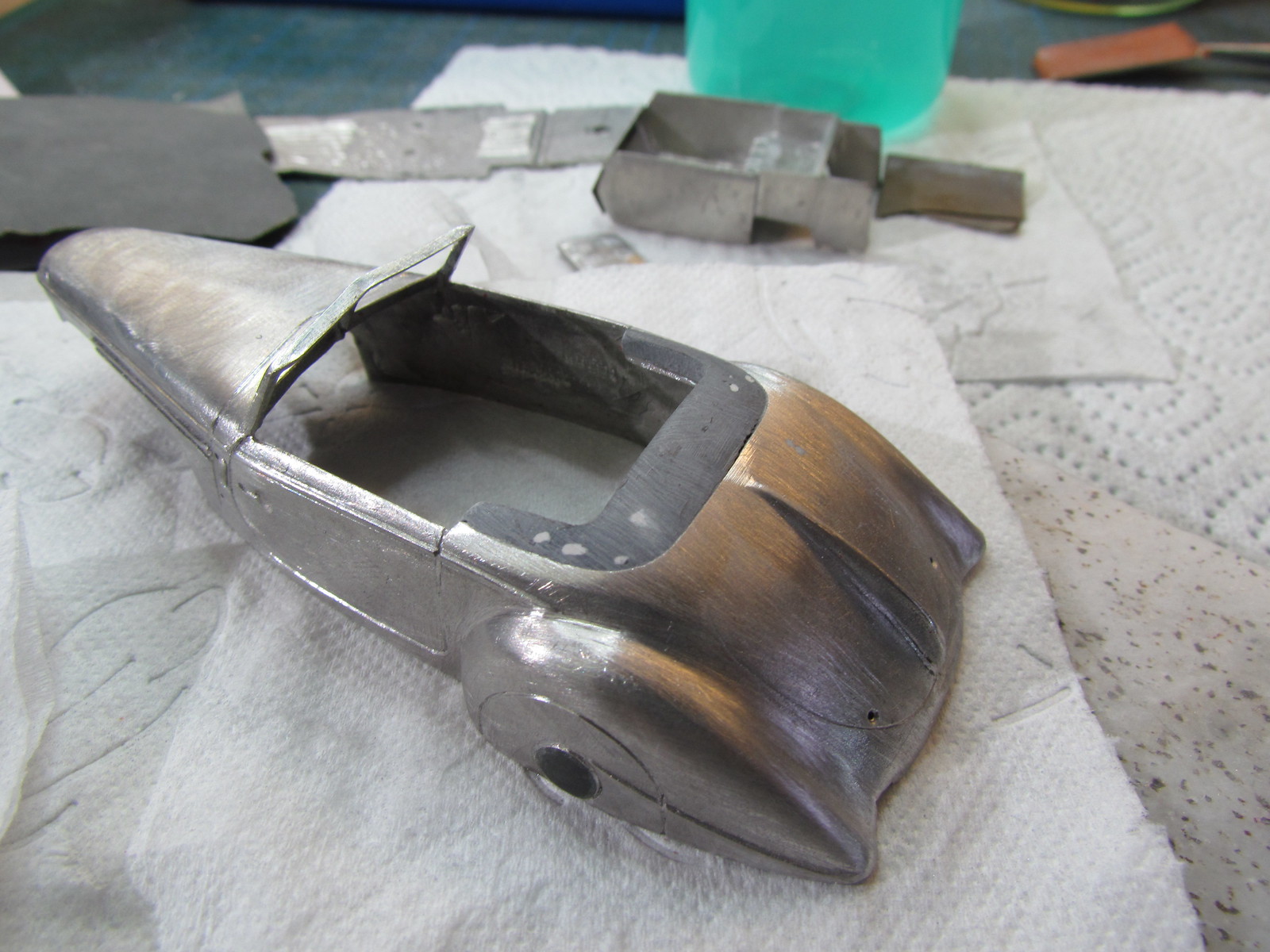 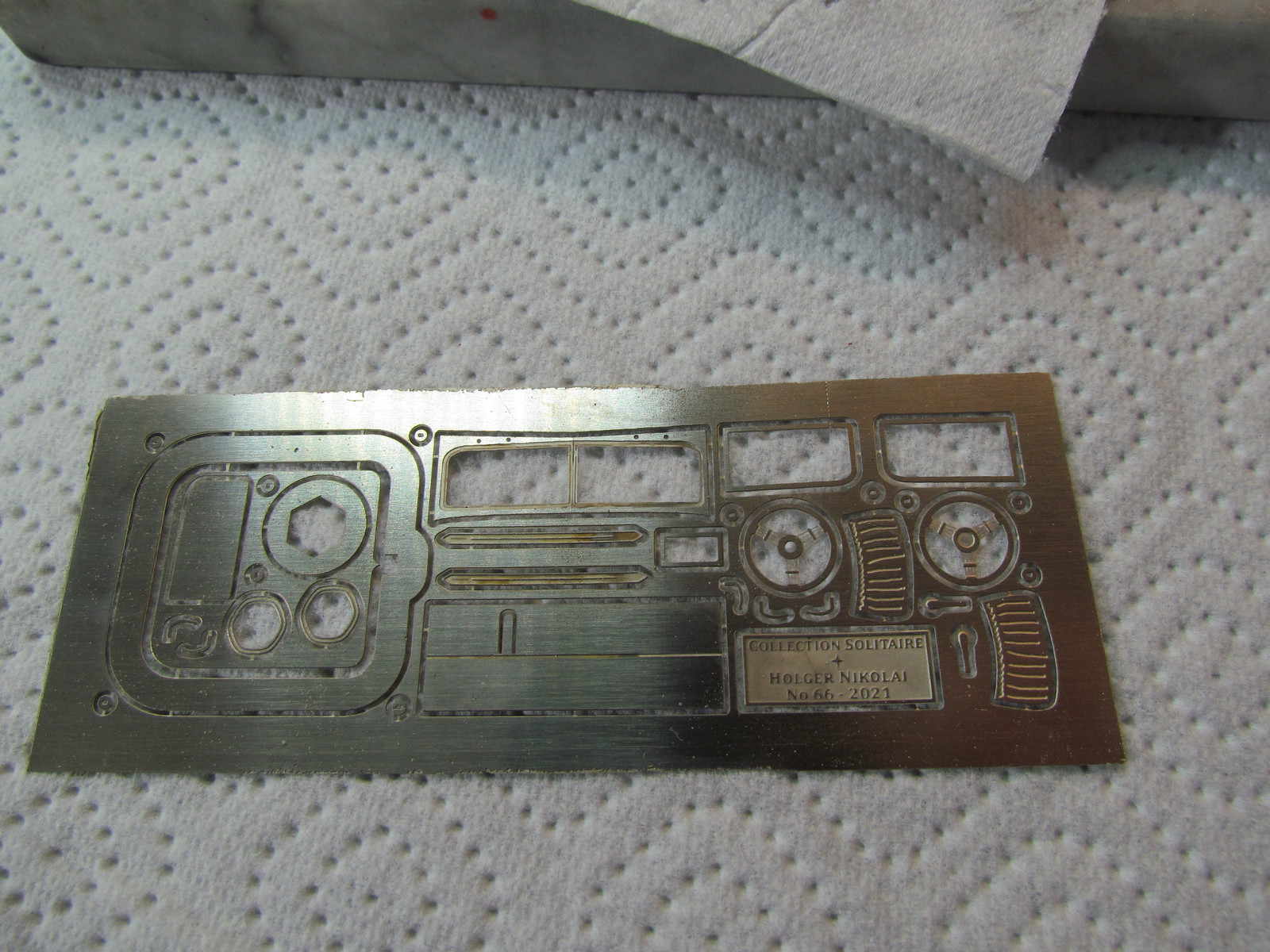 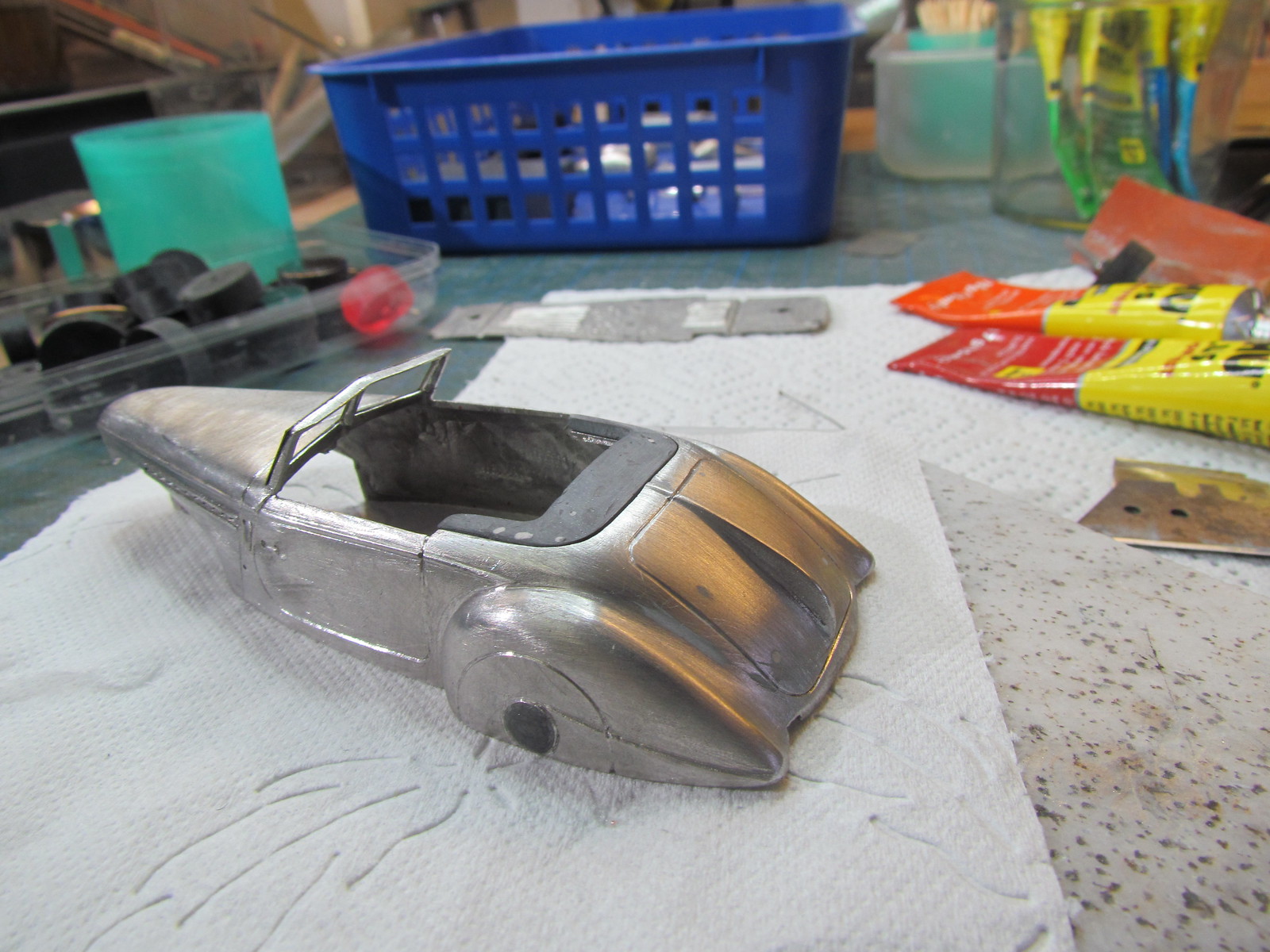 Meanwhile the complete tail is lowered by a millimetre. Sodomka built at least seven of these cars, all differring from each other in many details. When examining the photos, I discovered that there were some with "short nose & short tail" and some with "long nose & long tail". Unfortunately MIVA combined "long nose" with "short tail", so I try to pass over that issue without converting the whole model. 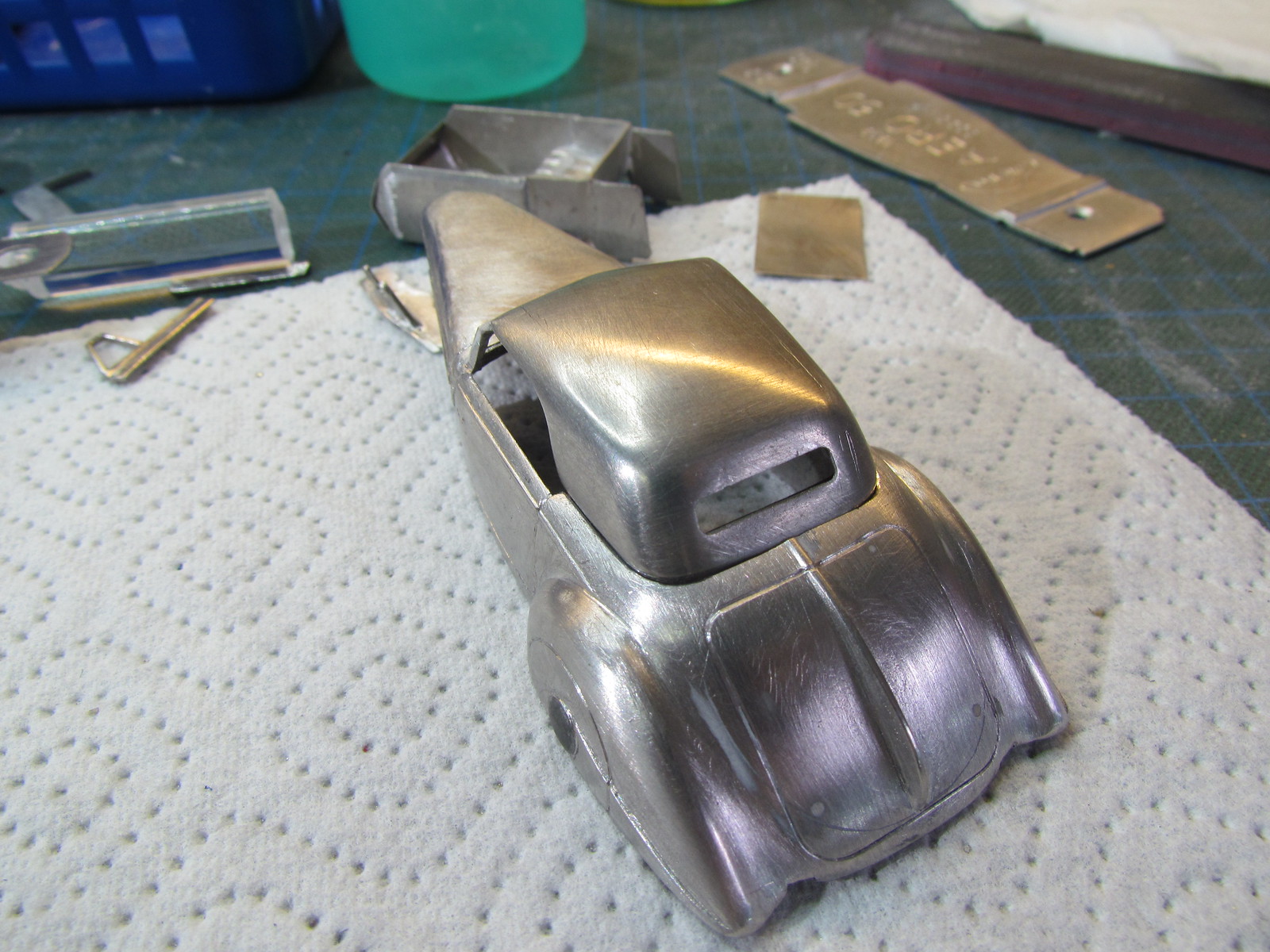 The hood looks neat, but it's too narrow, the rear window is too big. 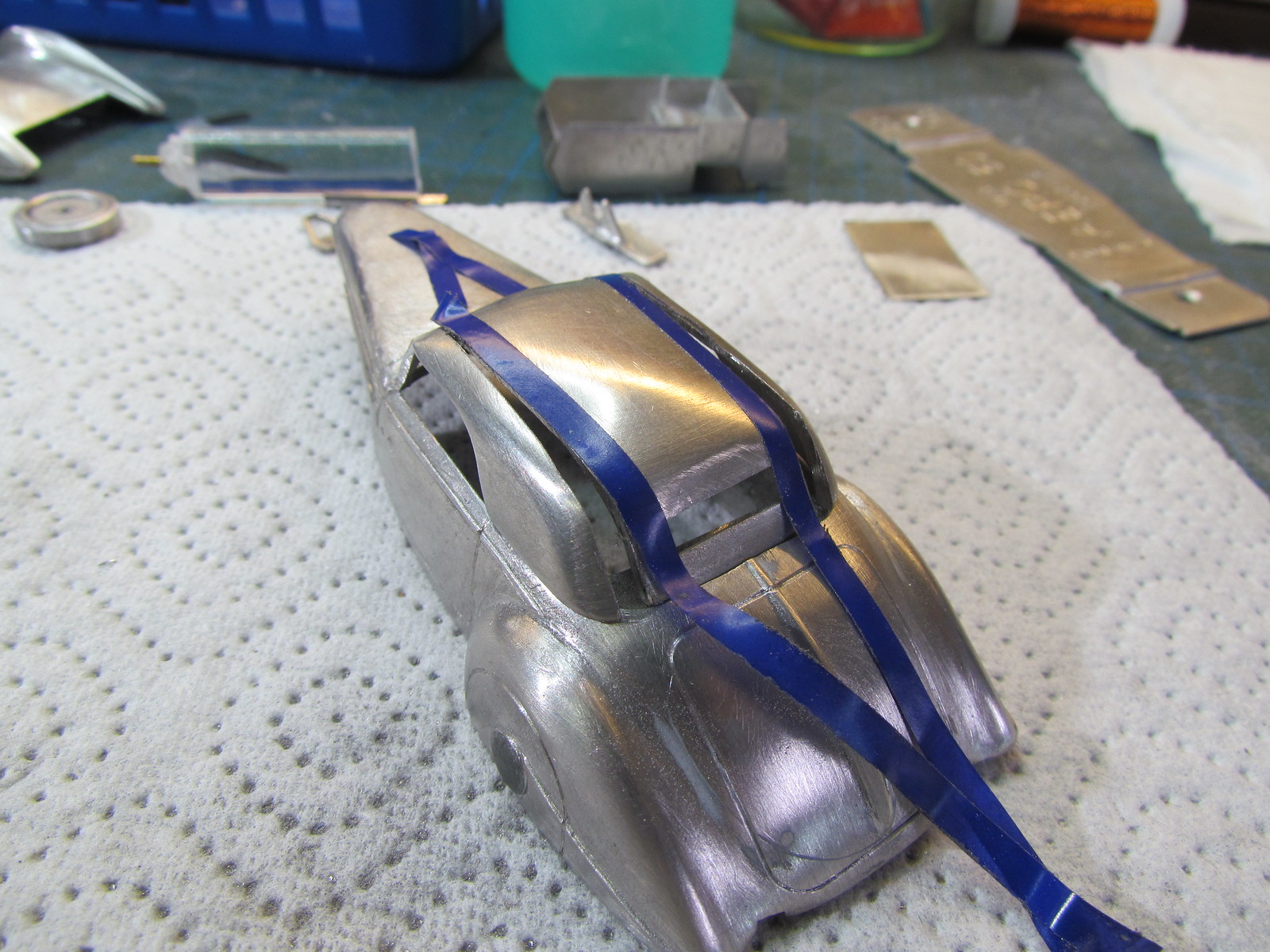 Can't help it: cutting the hood in pieces. 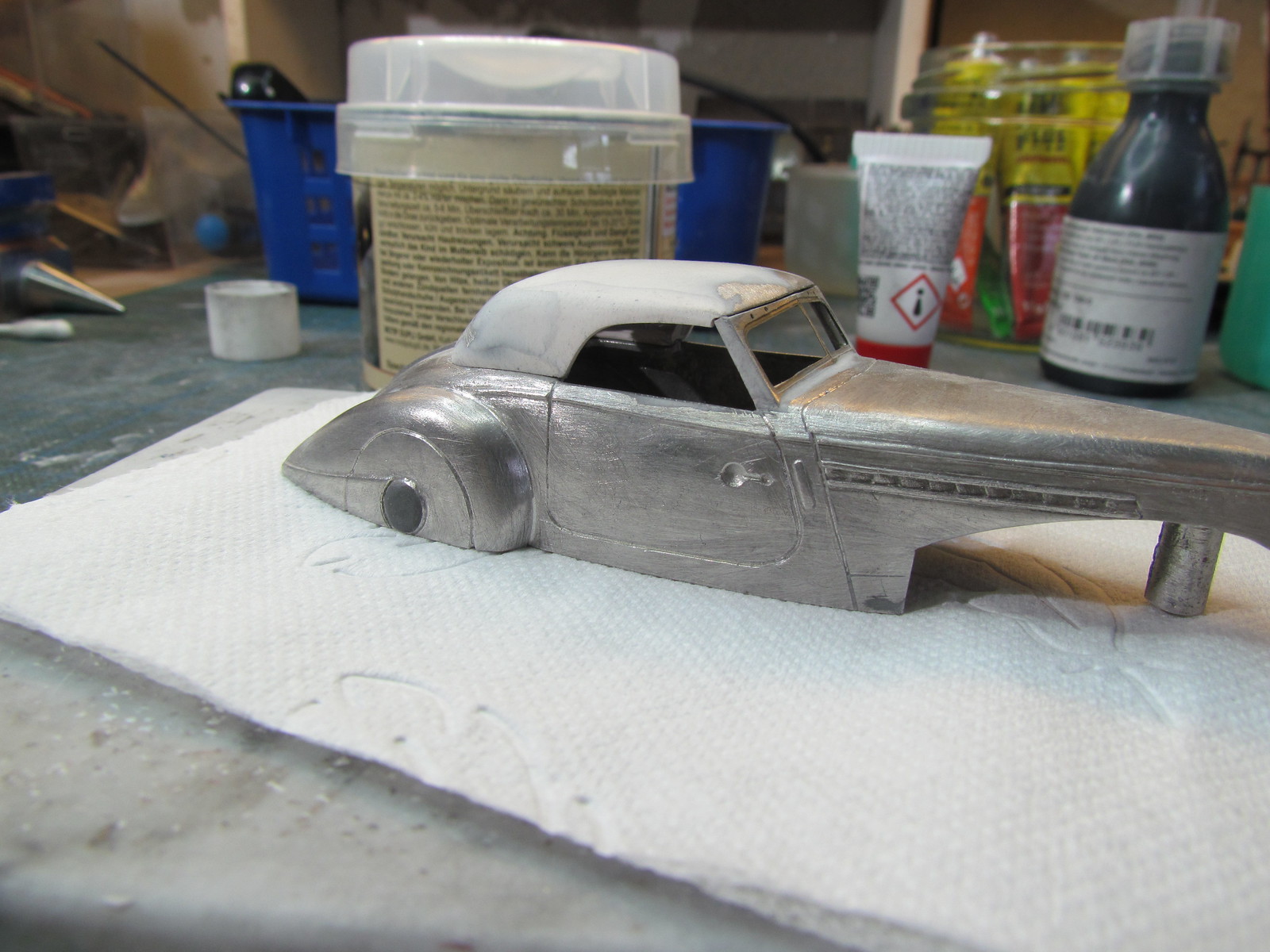 "Spreading the wings" and applying tons of putty, the hood now is wide enough. 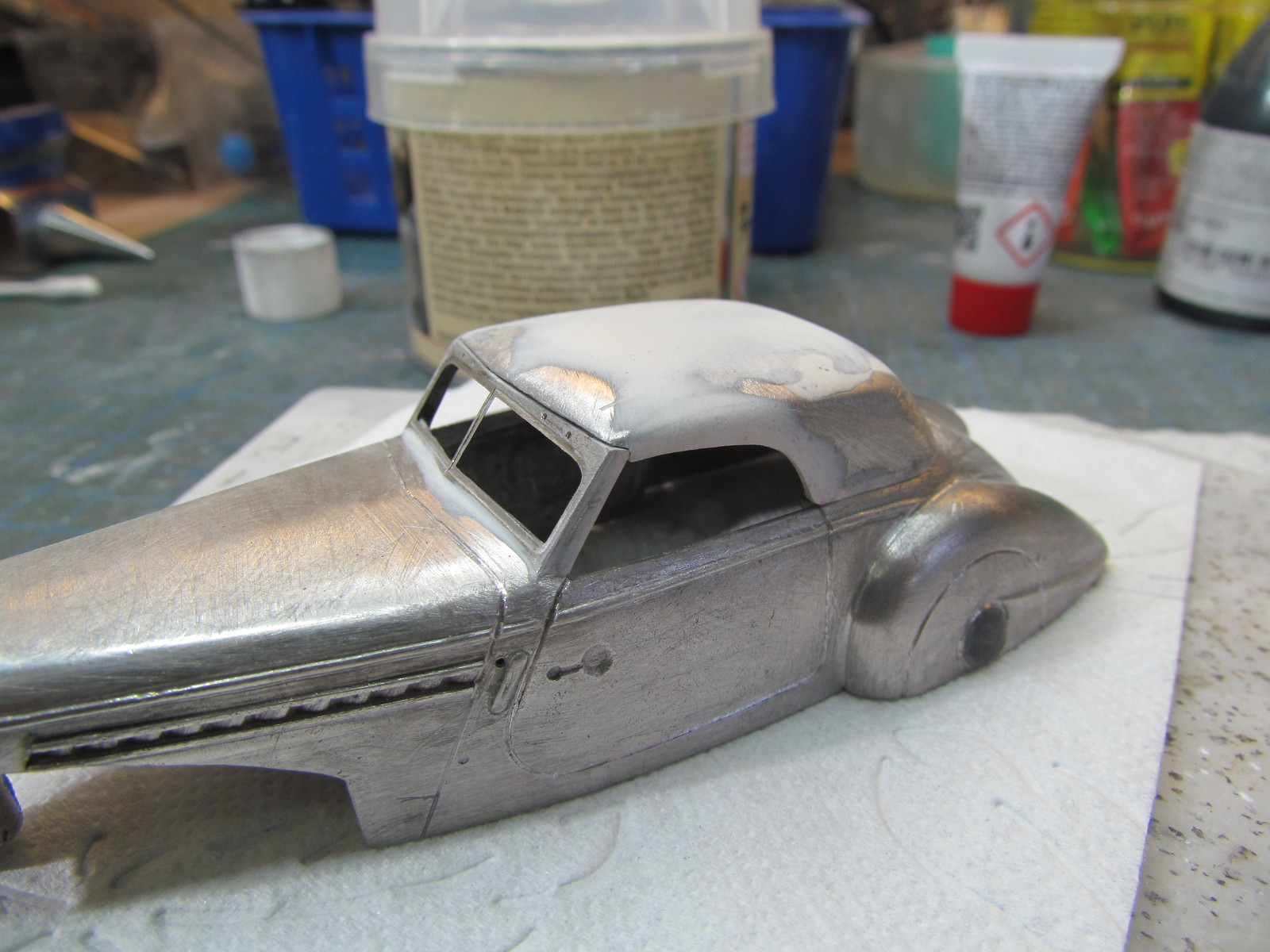 The windshield is already renewed with a p/e frame, and the new top is made fitting. 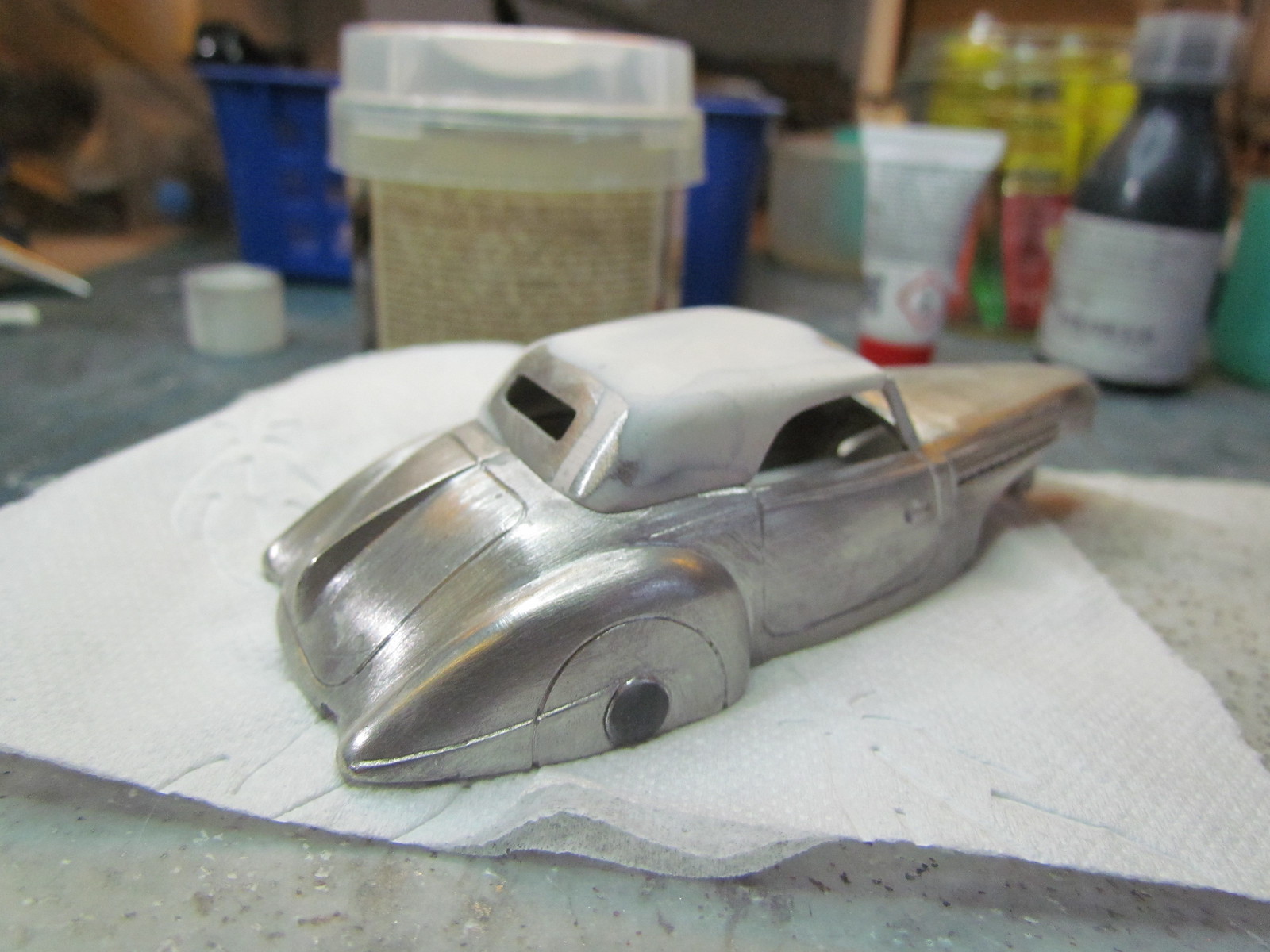 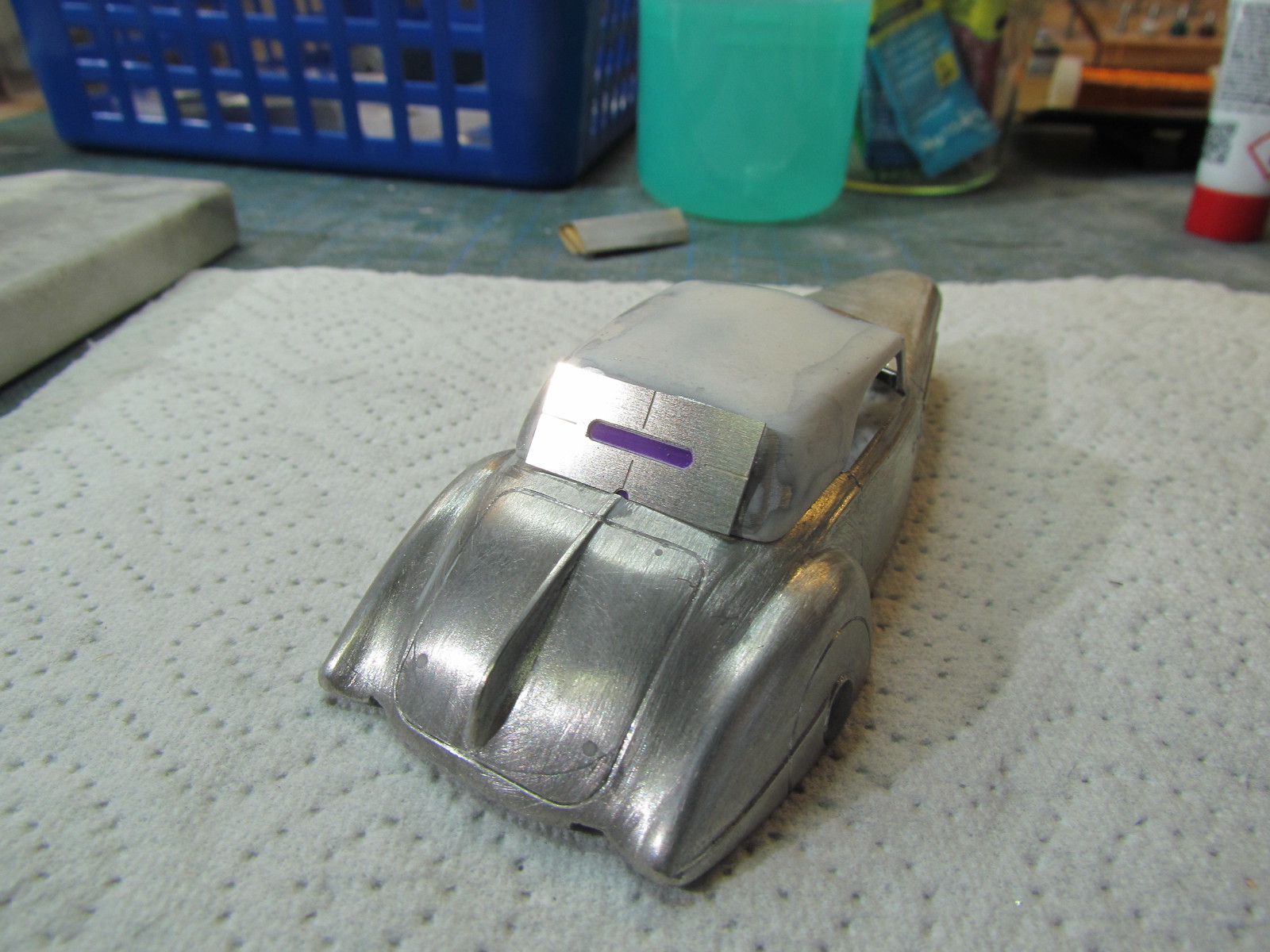 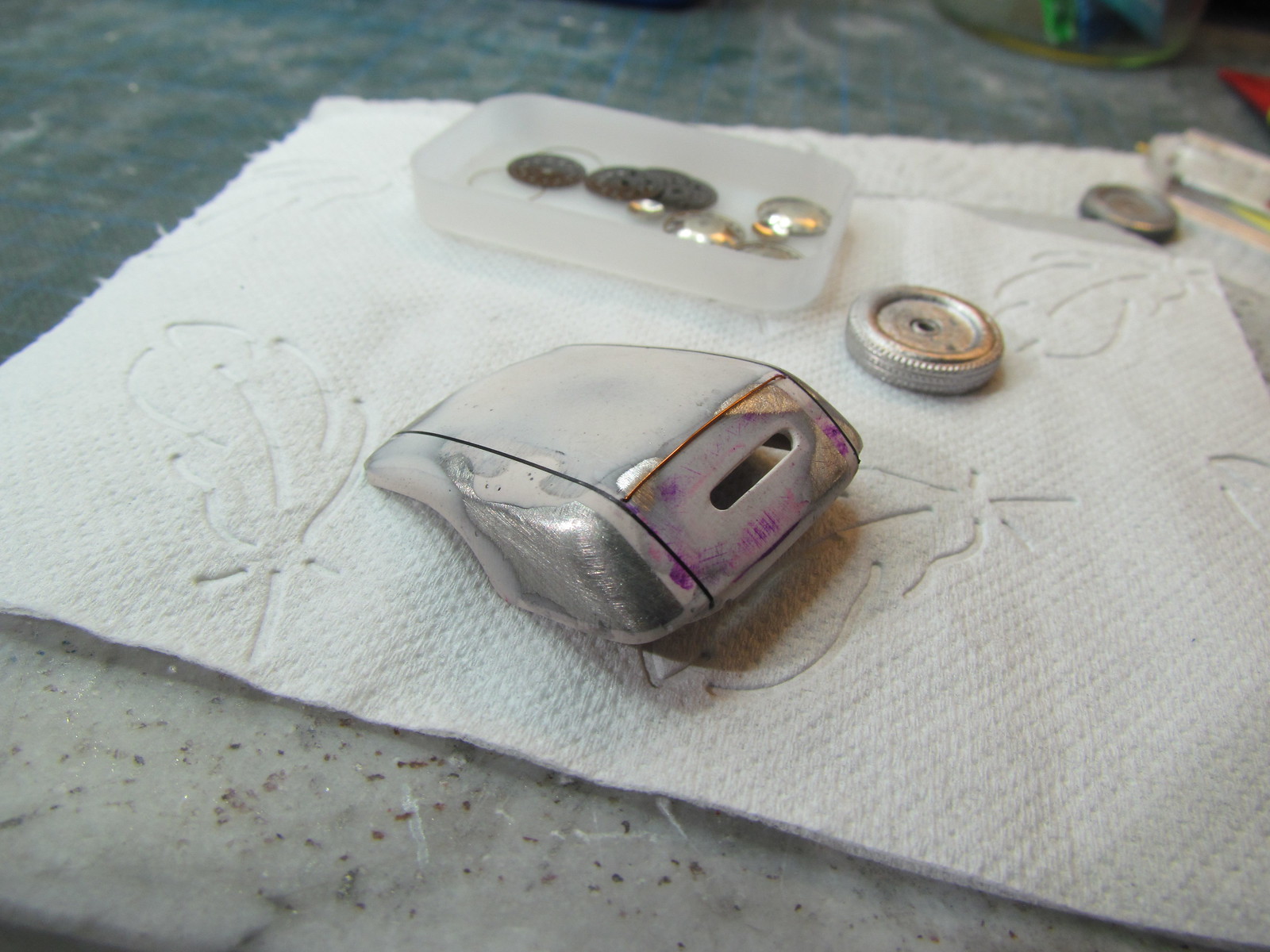 Ready. This seems to have been the biggest work on this model... 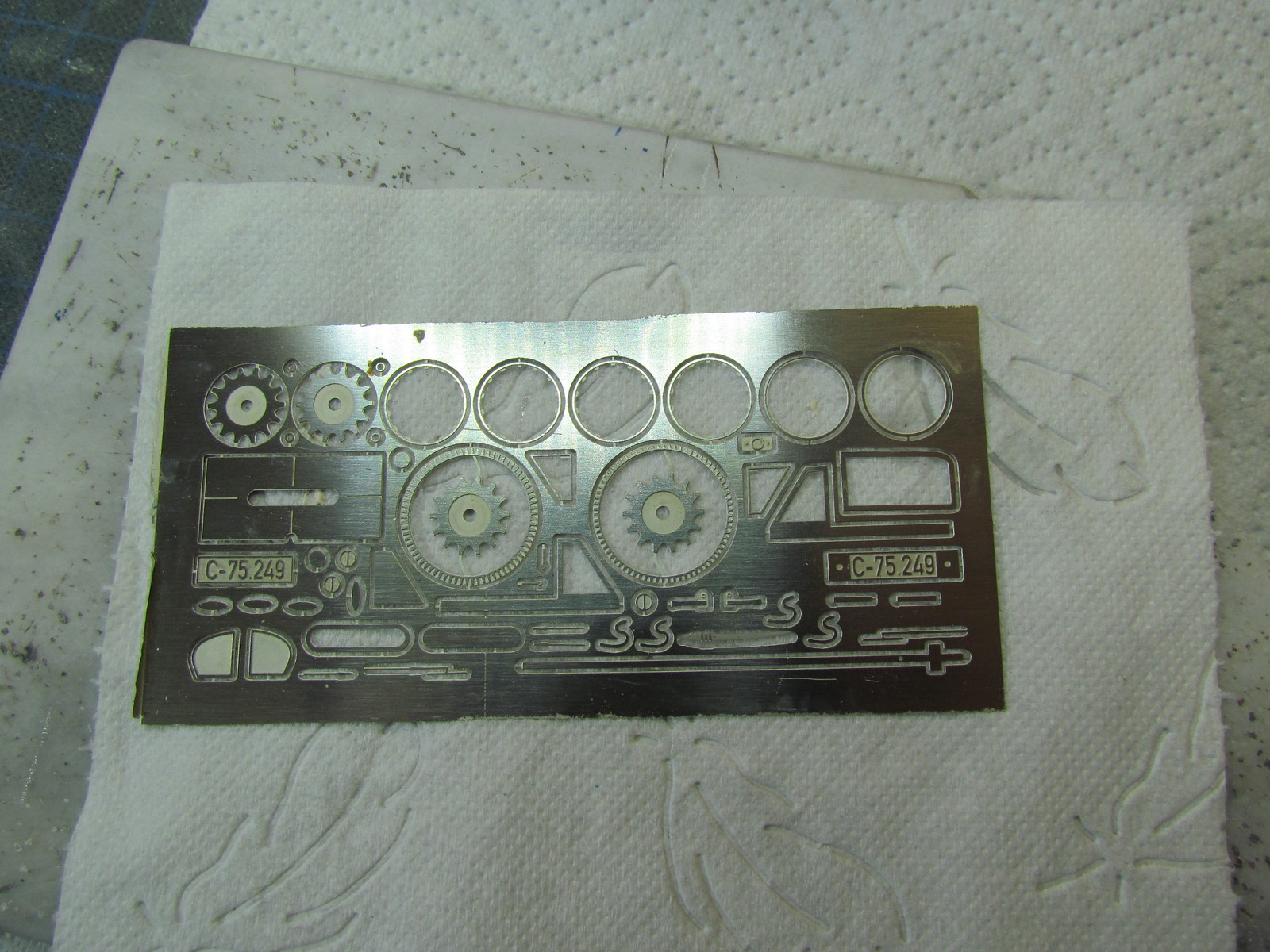 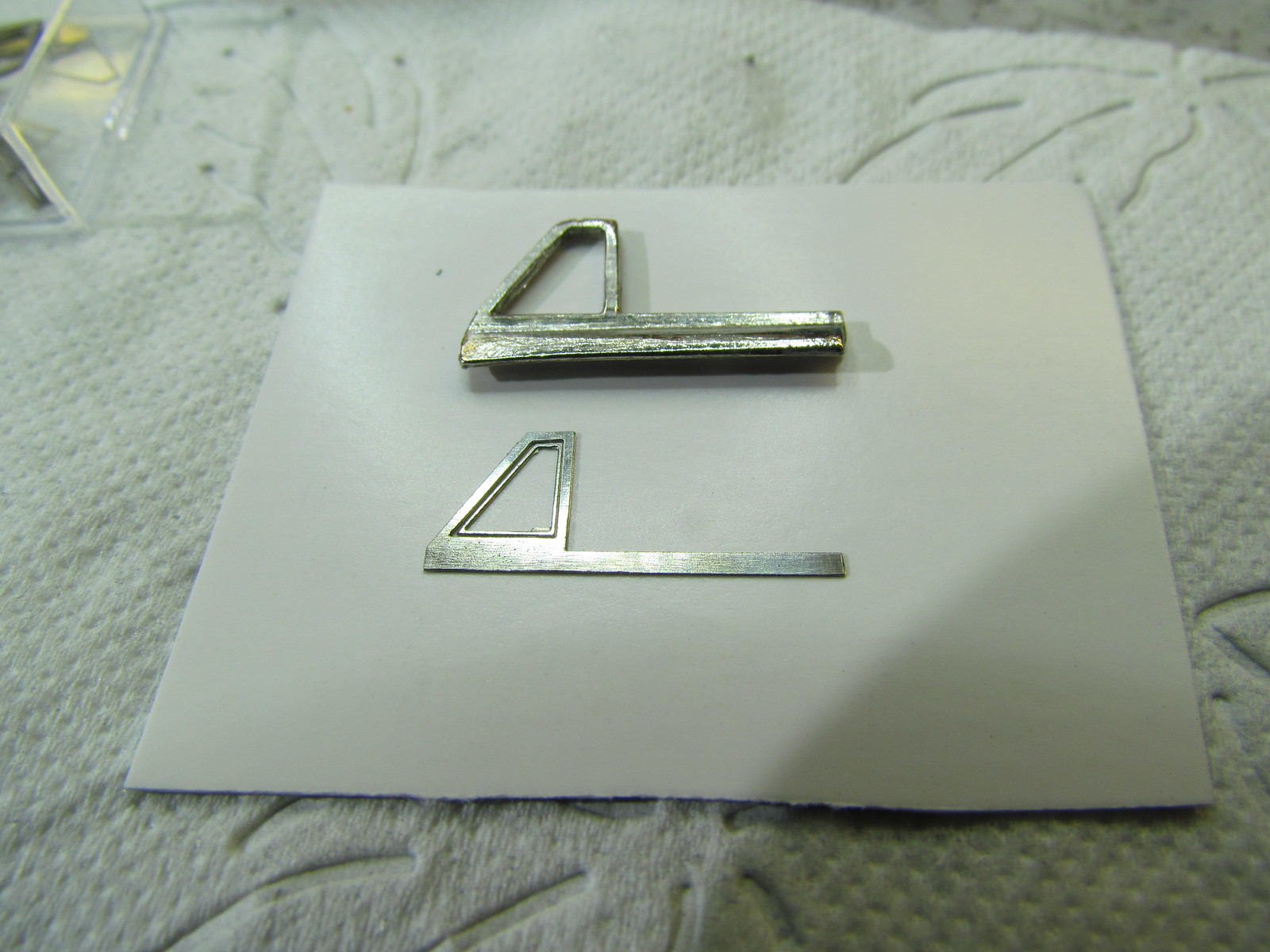 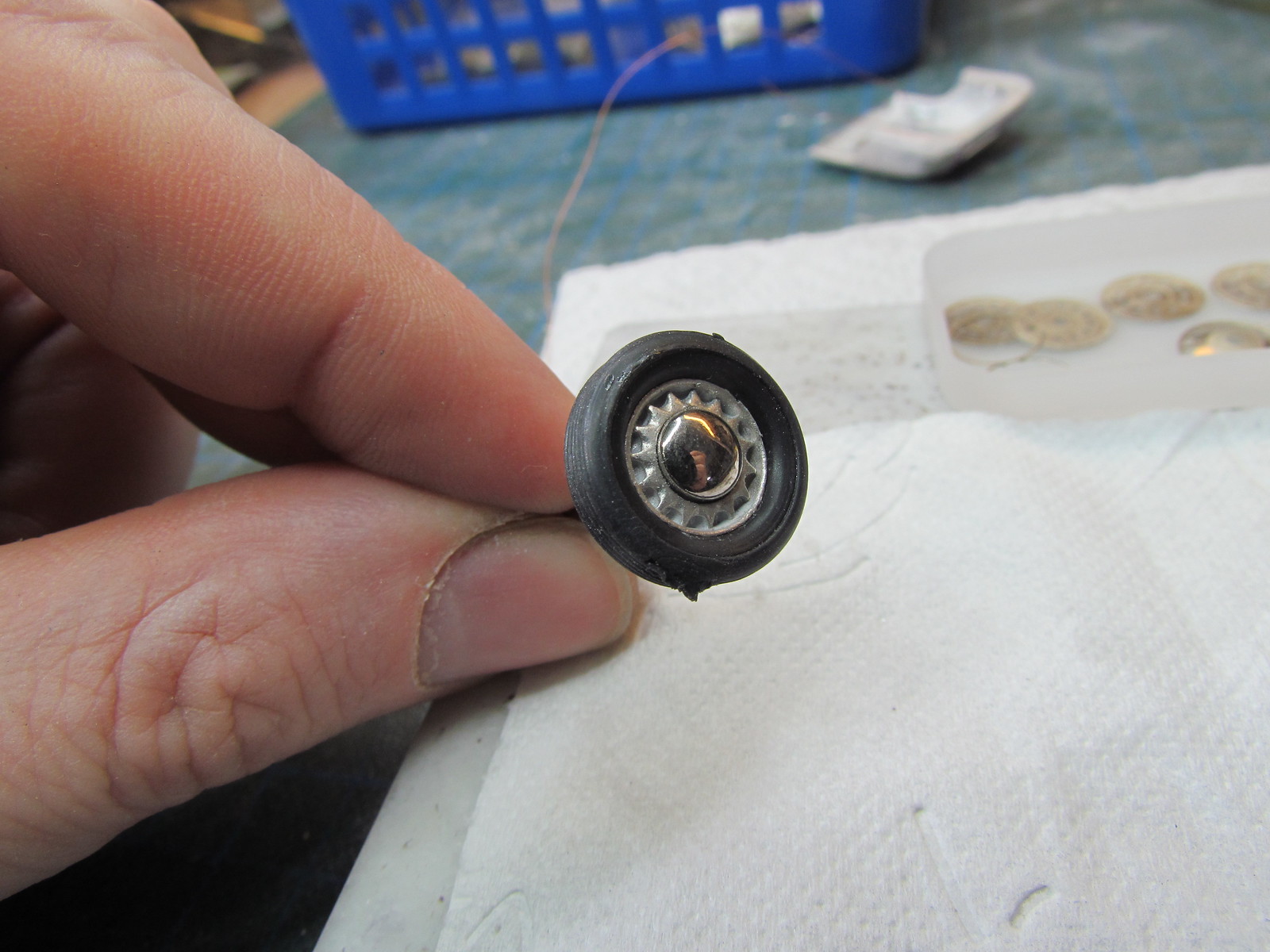 Actually I wanted to keep the original wheels, they are nicely made. But they are much too deep, the tyres are too small... 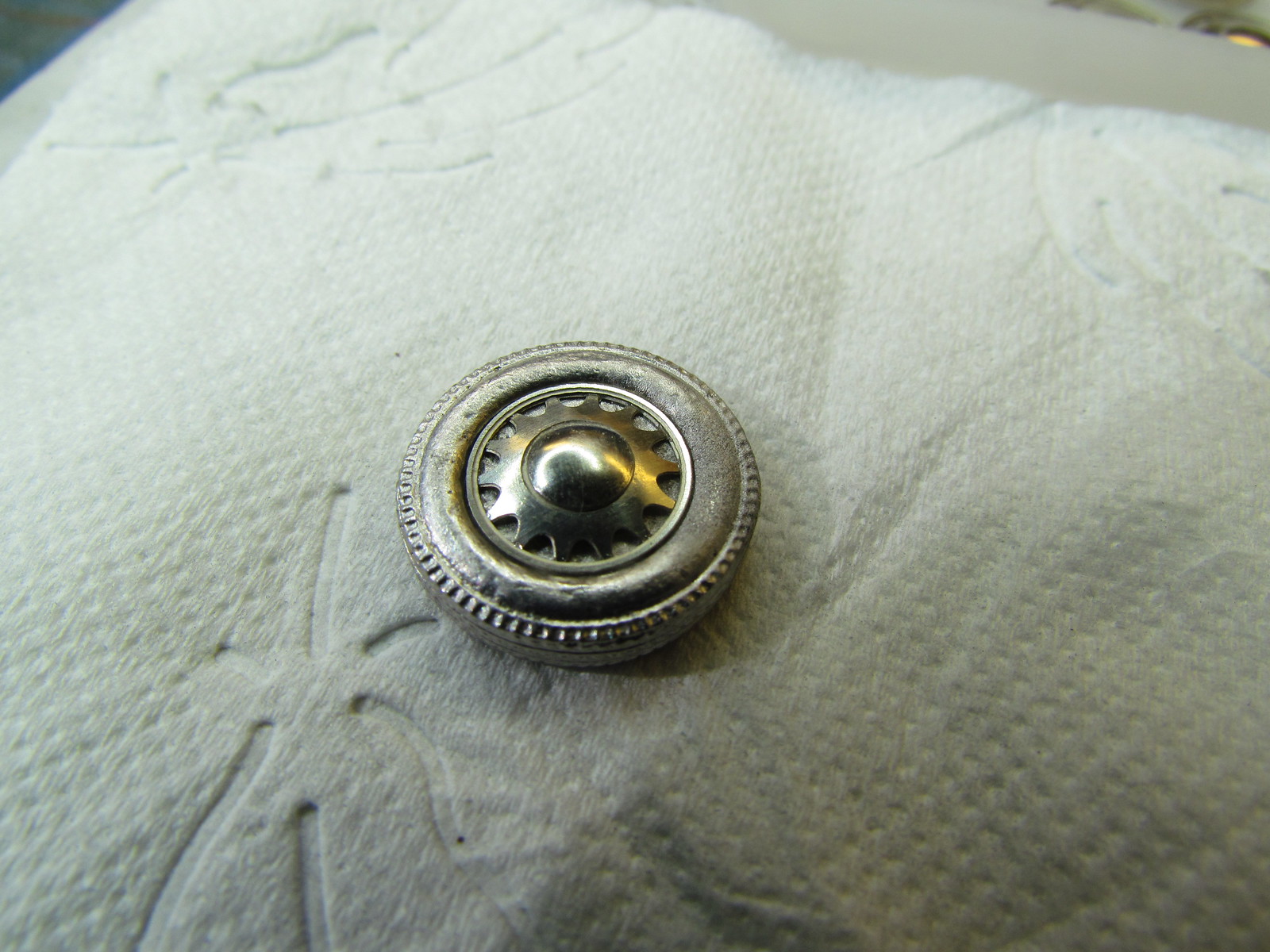 So I made a complete new wheel 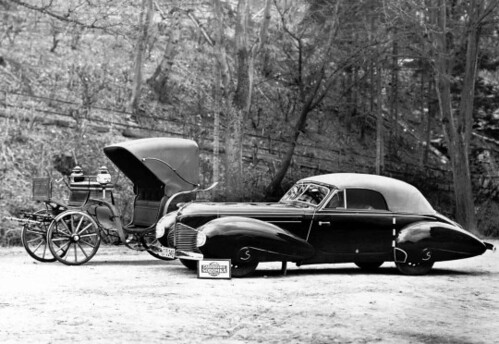 By the way, here are some photos of the original car. 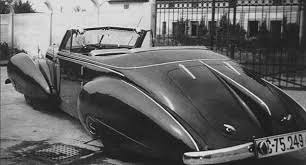 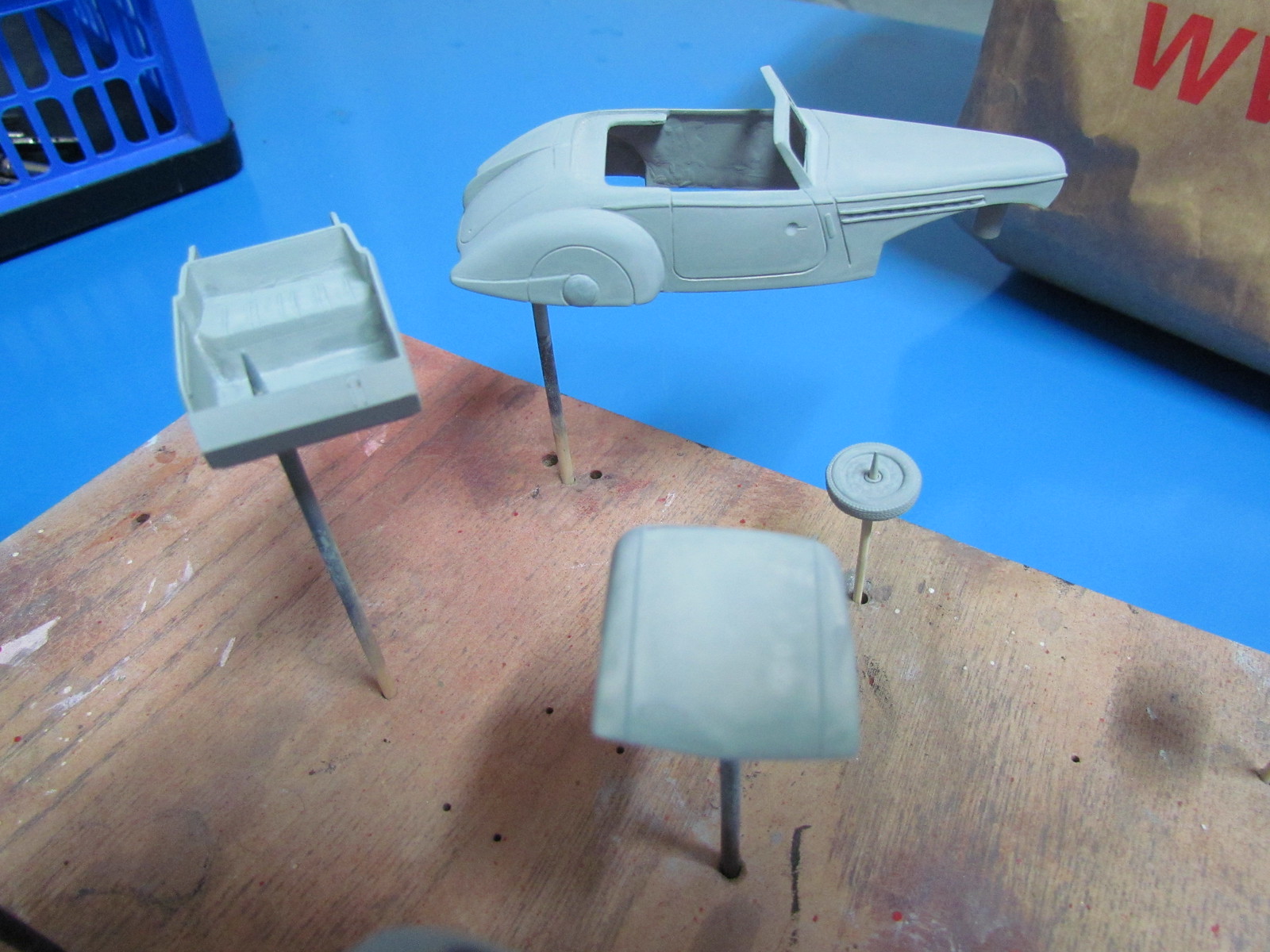 First coating with primer is made.

Re: Aero 50 Sodomka made by MIVA

I though 'that looks nice, I'd be happy with the model as-is' but then I realised that you could take this to another level altogether...
My collection
Top
Post Reply
2 posts • Page 1 of 1