Thought I'd get a proper post with the collection.

First group a mixed bunch, but all come in neat little storage boxes. 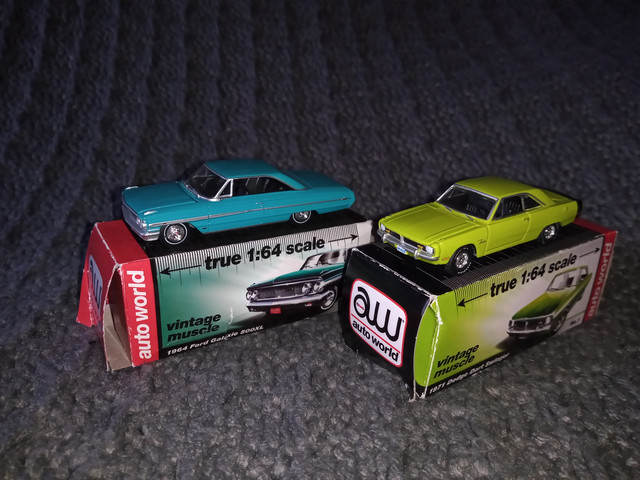 2 of my Tomica Limited Vintage RX7's. Big fan of this casting and have others. Group session coming soon. Some of the best models in my collection. Yet to add the mirrors. 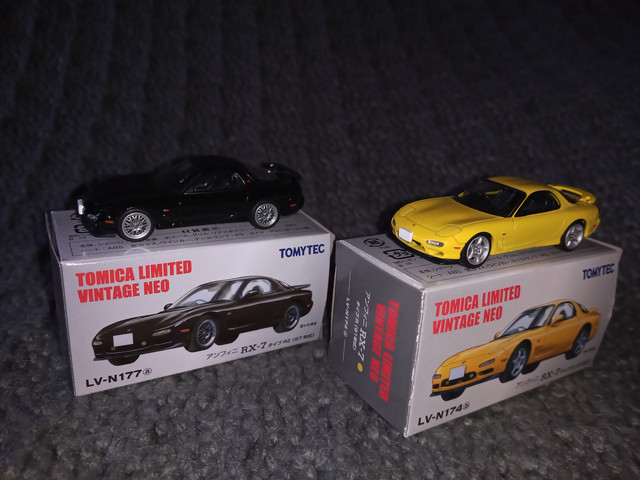 Two great models but the Porsche is slightly better than the Audi. Will other colours join it? Probably 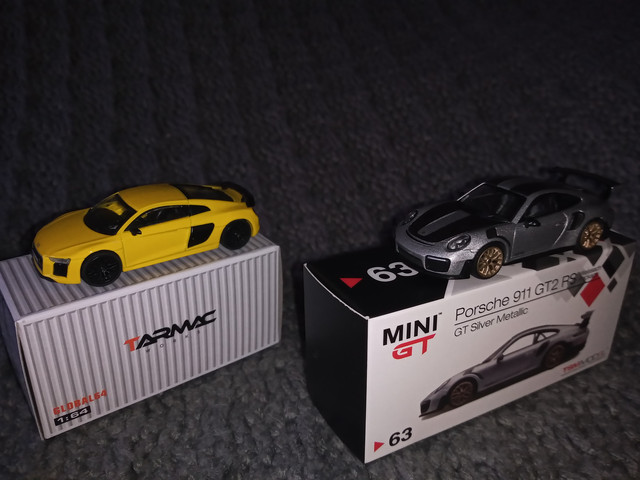 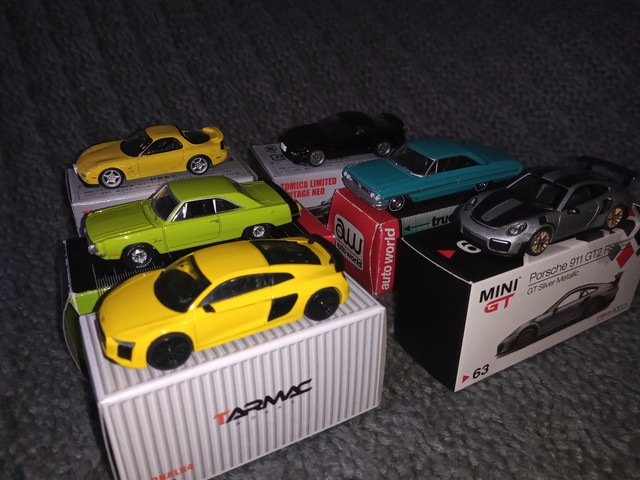 Amazing little models. I like AW because they get the wheel size right, which few others do in small scales.
My collection
Top

That Dart is a standout.
Jeff

Wow, these are proper models in 1/64 scale, very nice ones 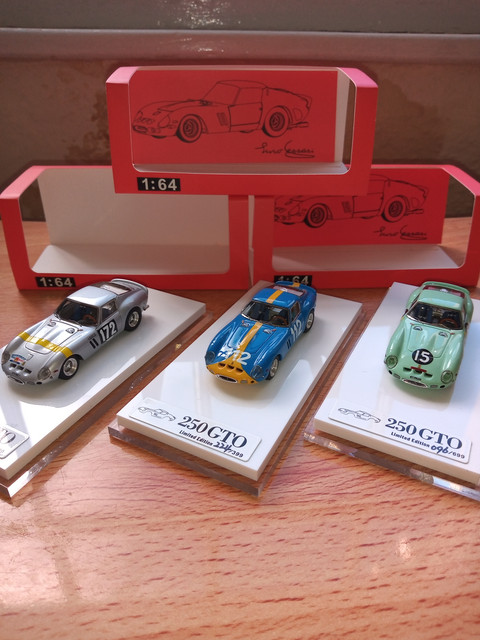 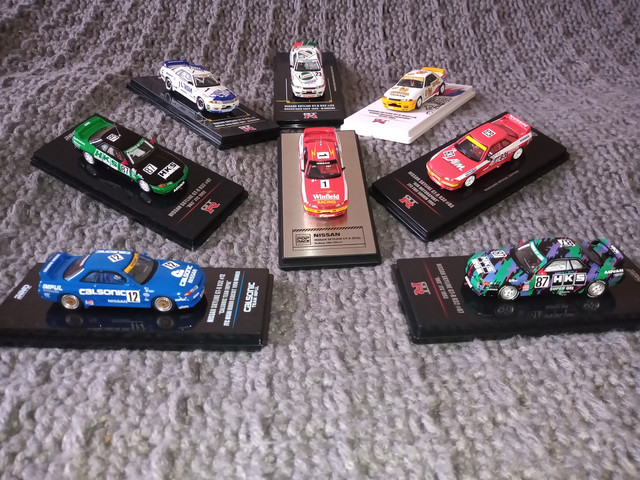 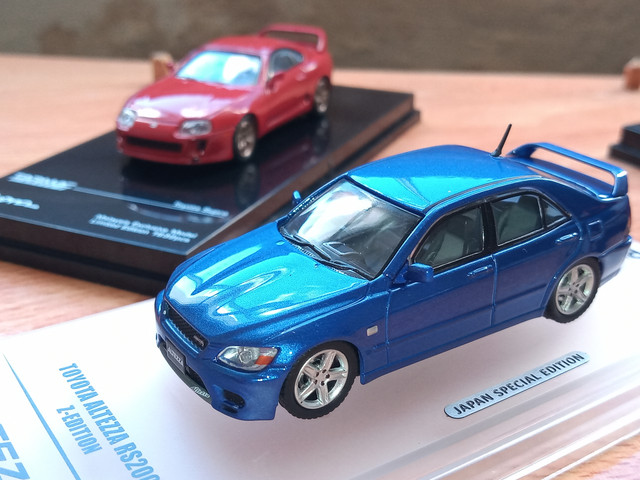 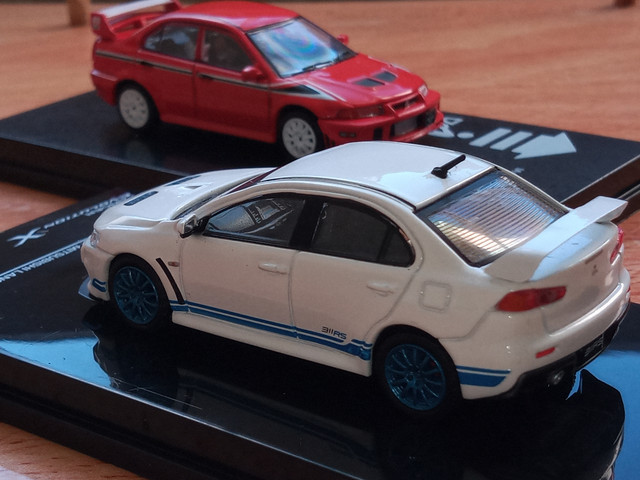 Even the metallic in the paint looks good.
Jeff

Thank you, The detail is amazing. Kyodho and Mini GT offer great detail, affordable yet so small.

It's rather splendid. I've seen 1.43 scale cars that have far worse finishes
Top

Bit of a GT3 binge at the minute 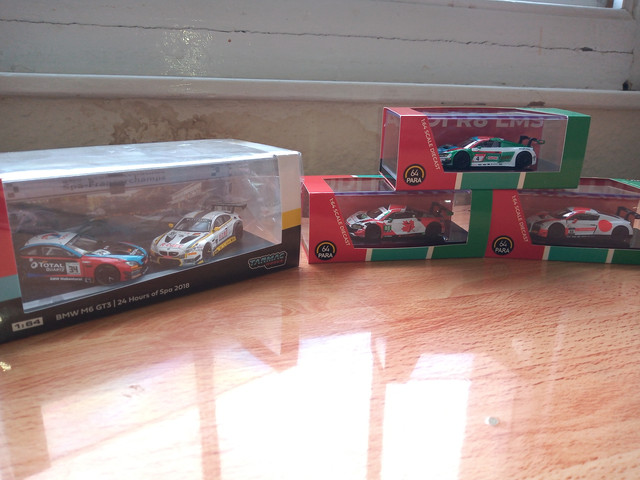 The Audi R8 LMS has been a main stay of GT3 racing since it's beginnings.

Para64 has concentrated on the R8 from 2015, and the updated evo released in 2019. The Evo featured a different updated aero package.

Para has made changes to the front aero fittings however I think they've used stickers to try and change the visual body style of the car rather than a different casting.

Tarmac works for example has retired it's LMS casting and it remodelling it to create the Evo. Hence why tarmac works is probably a little more money.

Para64, Tarmac Works and Pop race have all released this generation of R8 LMS, I'm unsure if POP Race use Para64's casting on all their R8's. I am aware the first R8 is a Para casting.

Tarmac casting has more detail especially around the rear of the car and I think better wheels, however I think Para has got the low more aggressive styling and looks less stocky than tarmacs. 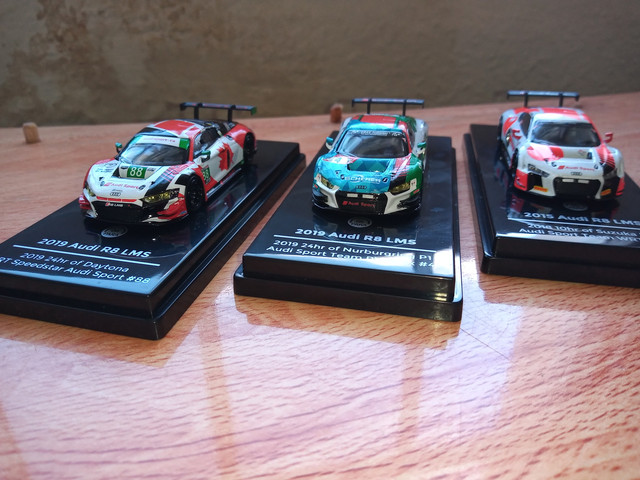 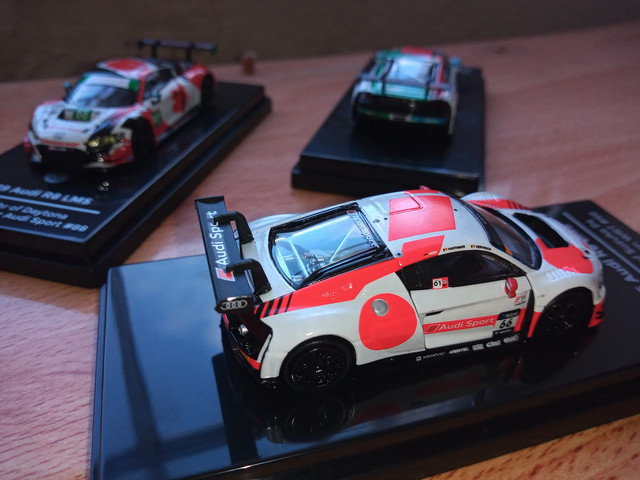 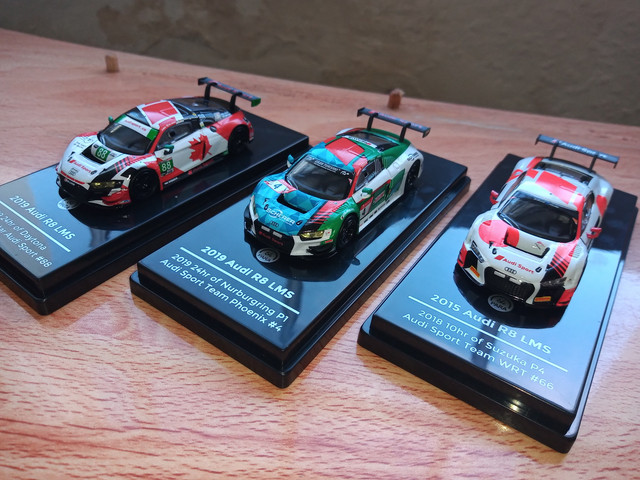 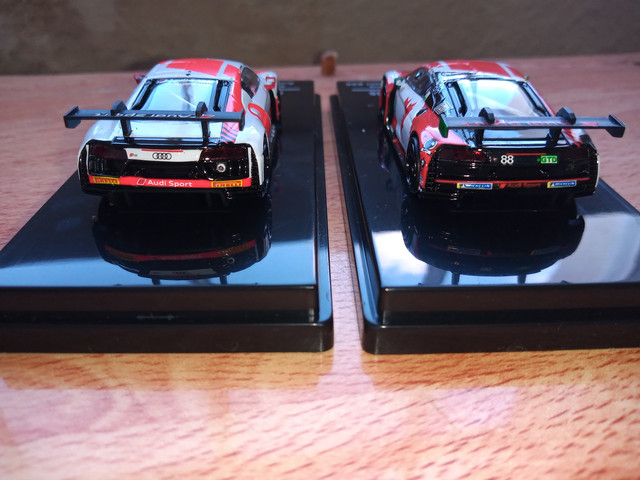 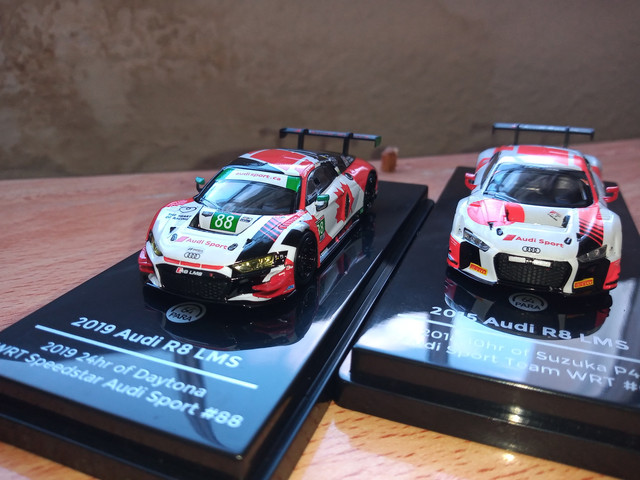 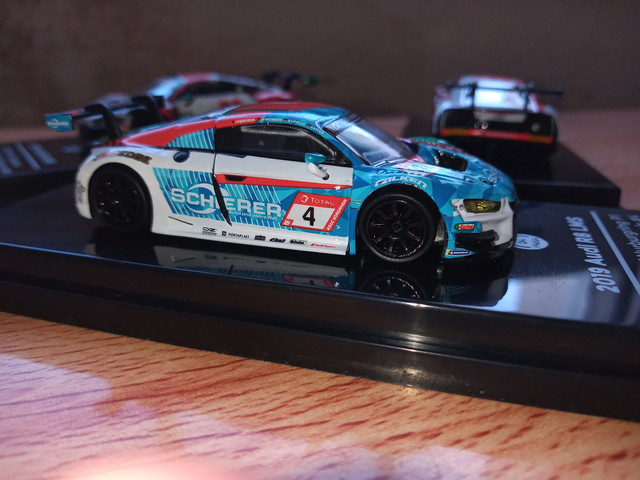 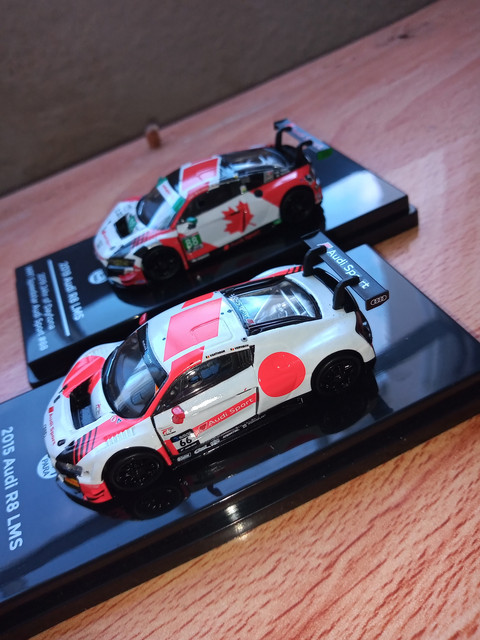 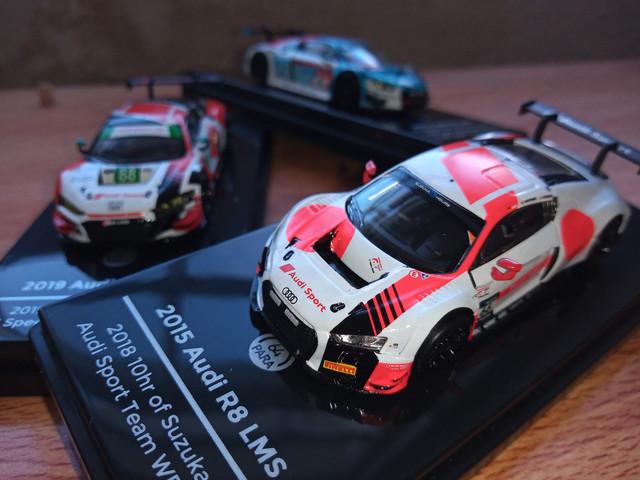 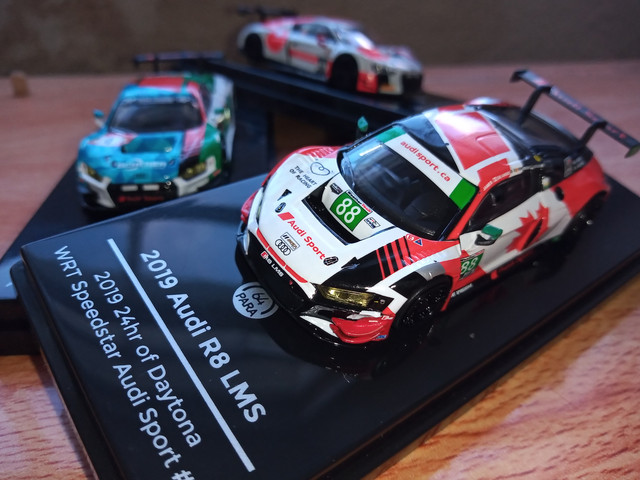 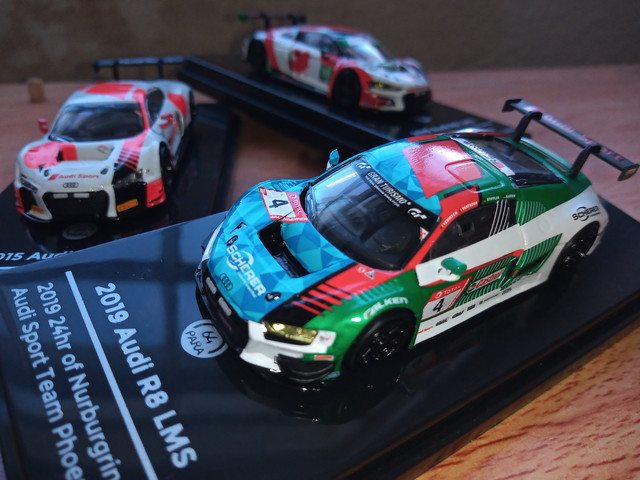