A Group tour of Asia

A Group tour of Asia

Here is a couple of Group shots of Group A touring car from Asia.

First up the cars of the Japanese Touring Car championship.

At the start Ford, BMW, Rover and Volvo would send cars and teams over to compete against the homegrown Japanese manufacturers but by the end of the eighties only BMW would have a major role in the series and that was a BMW v BMW scrap for division two honours.

Top class was to be dominated by the 4WD Skyline by the end of the regulation, seeing of the RS500 that had put an end to Volvo and Rovers efforts. The skyline, which was yet to take a hold on the European scene, had crushed most the competition in Australia too.

Division 2 was full of BMW M3 E30 with very little else competing against them.

Division 3 saw Honda Civic generations v the variety of corrolla's in FWD, Hatch, Coupe forms, with the odd Golf making up the numbers. 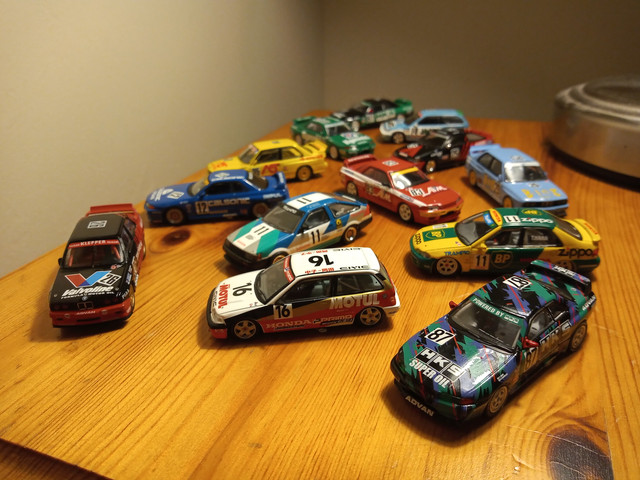 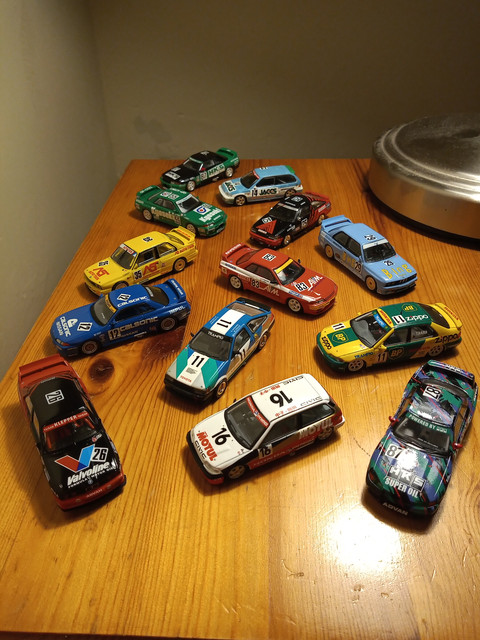 Next up Macau for a race through the at the time growing casino and gambling hot spot.

Here Asia's best teams locked horns with teams all over the world wanting to prove they are the best at touring cars. As Macau at the time was non championship, Group A Rules were twisted and by the 90's DTM spec (upgraded, Evo variants of group a) could compete. These DTM spec cars more than capable of matching the heavier not so suited skylines to the tight streets of Macau.

Early years saw the XJS v 635, then came the Rovers V Volvo's before the M3 took a foothold on the race beating the less nimble power hungry rs500. Skyline and the might of mercedes battling hard to take the honours back from the M3. 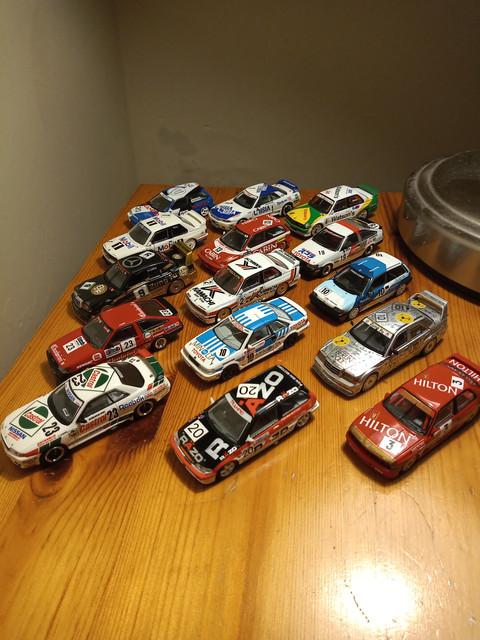 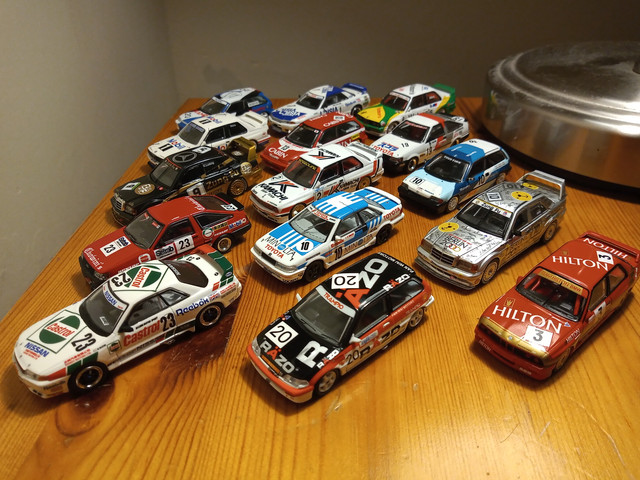 Group A cars from the rest of the world are sadly few and far, however I have bought a few old corgi rover and jaguars to see if they can represent the missing TWR built cars.

Tarmac and inno have or are planning Sierra Rs500, Mitsubishi Stations, Volvo 242 Turbo and the Supra 3.0 touring cars.
Top

Re: A Group tour of Asia

That is a very focused section of your collection.
Jeff

Re: A Group tour of Asia