The most recent Spark announcements are going to make it very difficult for me to keep hands firmly in pockets with a tight hold on my wallet! Love to see them doing the Mirages and the Spice and 1970 Porsche 917L. I have had the Clark Aston Martin by SMTS for some time, but it's high time someone else modeled that car! Here's a link to the new announcements: https://www.grandprixmodels.com/t ... .aspx So much for my New Years resolution!

The Rodriguez BRM is a 'must have'.
Top

One of several on my list!
Jerry
Old Irish Racing
www.oldirish.com

That immediately caught my eye as well. A definite pre-order.

Speaking of pre-orders, I cross checked my database and the 1988 #111 Spice at the bottom of the page I pre-ordered 4 years ago in in 2016.
“Racing is life. Anything before or after is just waiting.” - Steve McQueen
Top

I've ordered the Spence P126 whilst waiting for the 2nd place Monaco version to be released....
Top

I think we're generally in agreement that Toyota's recent wins at Le Mans have been some of the least interesting wins at La Sarthe. However, Spark are trying to inject some interest into the Toyota models with these neat 2018 sets which appear to be promo's for Toyota Motorsport: 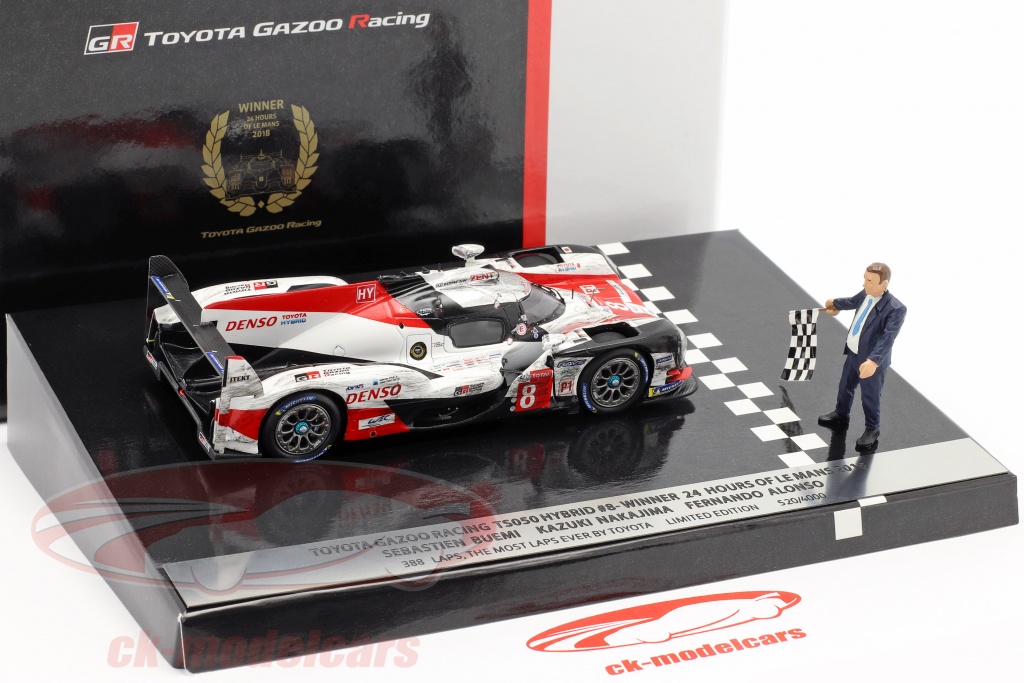 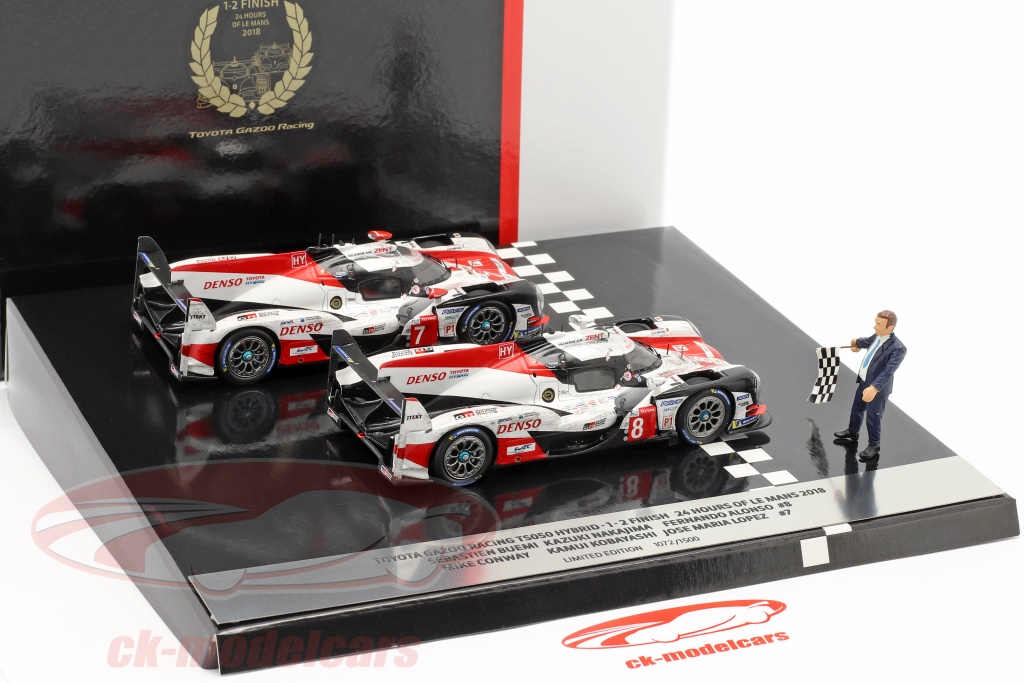 4,000 pieces for the individual car seems a lot to move. CK Modelcars have already dropped the price by 30%.
“Racing is life. Anything before or after is just waiting.” - Steve McQueen
Top

Two 1995 Nissans eventually came out under the TSM banner so I guess they're in essence Sparks.

Here's hoping the 1988 #111 Spice is the start of a catch-up period and the aforementioned models will soon see the light of day.

Other interesting announcements this month are the two 1987 Kouros Sauber-Mercedes (already seen as Max and HPI), and at long last two of the three 1985 Rothmans Porsche 962s. #1 and #3, but there is a gap in the reference numbers that I hope implies the #2 Bell/Stuck car is on its way as well. Surely they can't ignore that one. Can they?
Top

It will be interesting to see what they (and others) display at the Nuremberg Toy Show.
Jerry
Old Irish Racing
www.oldirish.com

Not worth more than 200% of regular Spark prices for me, no.
My collection
Top

I looked at the website of the guy that does the conversions. He does some nice work. I guess the question is, if you wanted one in "as raced" condition, what would you pay someone to make this modification for you if you couldnt do it yourself? I personally dont think 50 Euro would be out of line if doing more than one, more if only doing a one off to make it worthwhile. Remember 22 Euro of the cost of the model is VAT.
Jerry
Old Irish Racing
www.oldirish.com