I have a rally car collection over four figures picking a favourite is not easy. BUT this model ranks right at the top, because it’s different but it’s the back story that’s fascinating.

Look back at photos of the 1934 Monte Carlo Rally and before long you will find a photo or two of a Citroen Type T45 coach no 144 actually taking part in the rally.

More than 70.000 Citroen Type T45 were produced before and after World War Two travelling all over France. Based on a truck derived chassis it had an engine designed specifically for it instead of using one already fitted to car. It was a petrol powered straight six 4,600cc engine, registering 73bhp, with a four speed gearbox. It was never a brilliant vehicle, but more a robust one which could be relied on. The T45 lived through all the financial problems of Citroen, the takeover by Michelin, new laws controlling road transport and the impact of the nationalisation of the railways. It was also seen outside France in Africa and Asia. The coach to be used on the Monte was a pre-production model, prepared by the Citroën factories and then transported to Warsaw for the start.

In the early 1930s, François Lecot already had several long-distance road raids behind him. It was then that André Citroën, always looking for spectacular events to advertise his products, came up with the idea of entering the 1934 Monte-Carlo Rally in the brand new coach the T45. Lecot was asked if he would drive and he accepted the challenge. To add a touch of glamour to the event, it was at first envisaged to carry passengers in the shape of several well-endowed hostesses. But on reflection, a crew of about ten experienced men & mechanics who took part in Citroen’s crossing of the Sahara were preferred to the young pin-ups. 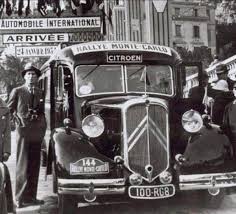 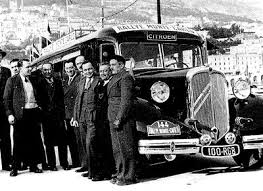 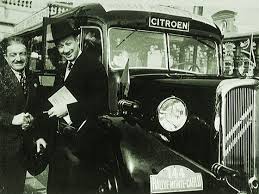 Before the start Lecot was joined by Maurice Penaud, the brand's chief engineer for the 2614kms to Monte Carlo. Starting from Varsovie/Warsaw then via Krakow, Prague, Frankfurt, Strasbourg and onto Monte Carlo. Despite the cold and the roads washed away by rain the coach covered the 2614kms in just under 60 hours with little difficulty. Remarkably they were placed 98th overall. 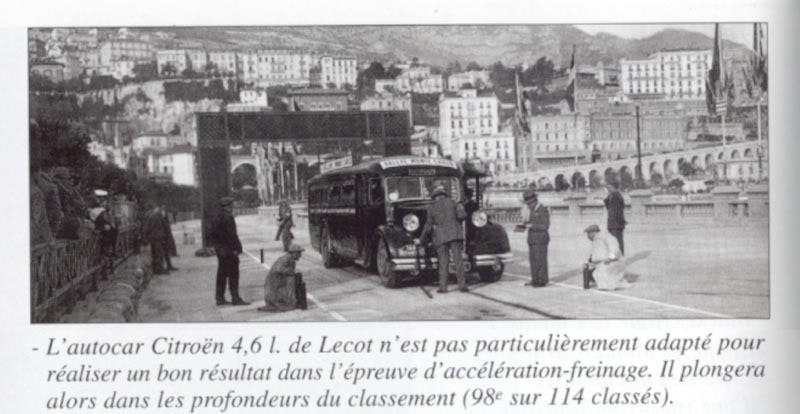 Before arriving in Monaco, the bus was polished and the crew changed, abandoning their mechanic overalls to put on suits, worthy of a prize giving with Louis II of Monaco, then Prince of Monaco. Imagine the surprise of the spectators on seeing this unusual crew dressed in such a way? Once again André Citroën had demonstrated the know-how of his teams through a brilliant marketing campaign. He created sports marketing well before any others.

Looking at more photos from the next three years of the Monte you will find a few more coaches from Ford, Minerva and Bedford all of which finished.
For me two things come out of this story - The organisers of the Monte were worried that the event in the early 30s was becoming a haven for 2 seater sports cars. In an effort to stop this the regs stated that the vehicle must have at least 4 seats to enter – hence Andre Citroen entering the coach.

Second - the poster of the coach shows the vehicle painted brown, but all models of it appear in blue. Personally I followed what the poster showed. Why would an official Citroen poster show the vehicle in the wrong colour? Beside I am used to seeing it in brown now….
Model wise in recent years a Partwork series of coaches actually has this model in the range. It is blue. Also I have in the last few days spotted a slot car version again in blue. Might be a tricky on the tight corners, but hey nobody would be able to overtake!!
The model here I made a few years ago now and is a French resin CCCF kit. Really nice to build, a bit of a pain painting all the seats, but looks the part. Chris 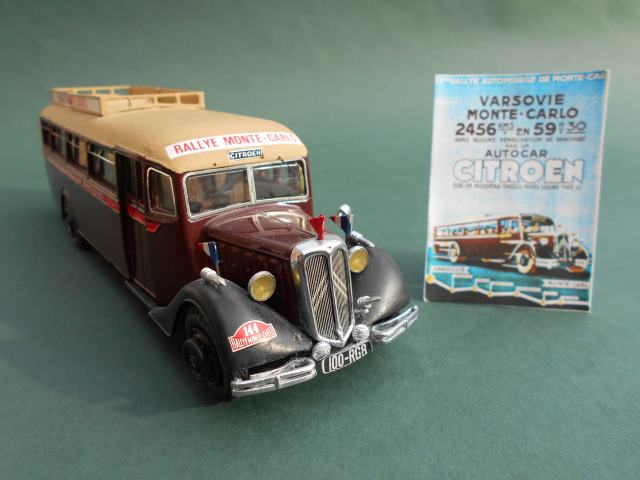 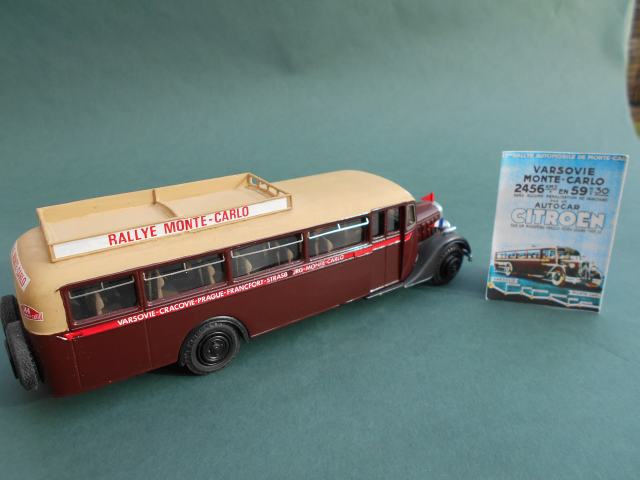 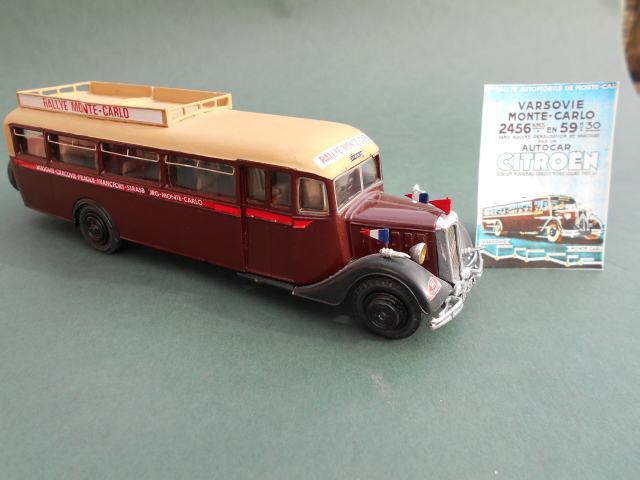 Nuts. And all the better for it.
Top

For a rally car collector that would be a gm, without a doubt! VERY cool!

What an entertaining piece of history. Blue or brown doesn't matter.
“Racing is life. Anything before or after is just waiting.” - Steve McQueen
Top

Now thats one I definately dont have in my Monte Rally collection.........superb model