I have not posted anything for a while but inspired by Gary’s Andrews Heat for Hire Lancia Delta I dug out the other Andrews cars.

Many in the UK will know that Andrews Heat for Hire sponsored Russell Brookes in various cars in one of the longest sponsorship deals in UK motorsport. Nice to see Chris Ingram carrying the HfH name in 2018. 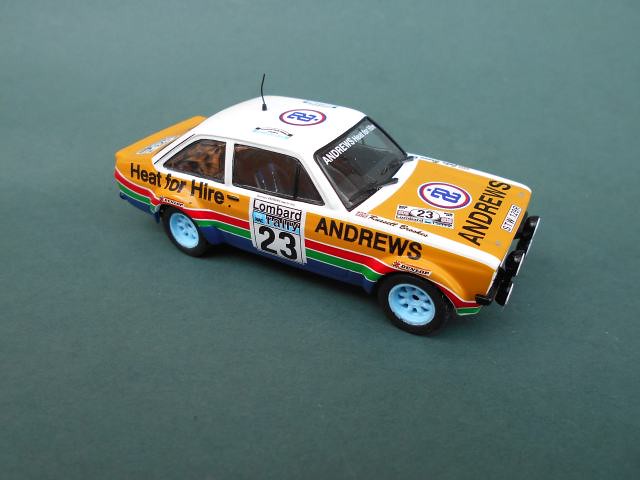 Ford Escort Mk2 1977 RAC Rally Russell Brookes & John Brown. This one from Vitesse limited edition of 969!! Both the same car but quite different interpretations!! The yellow on this versions looks better 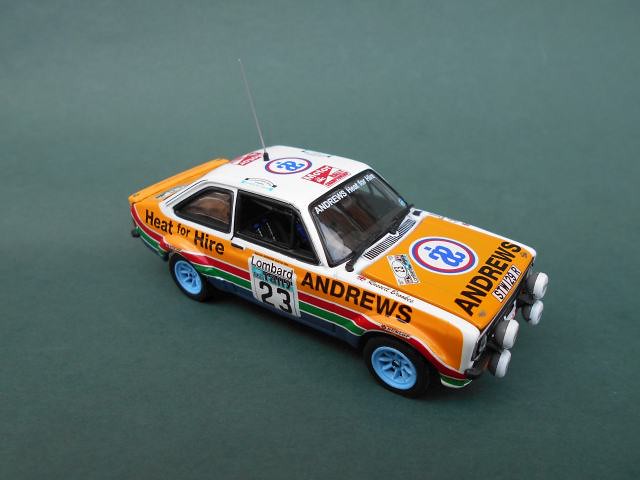 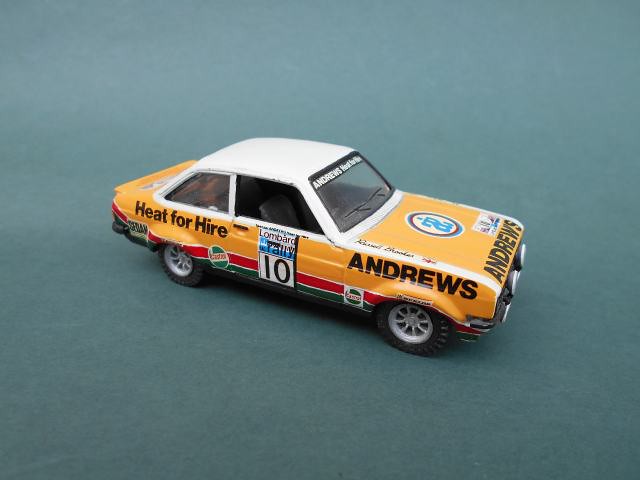 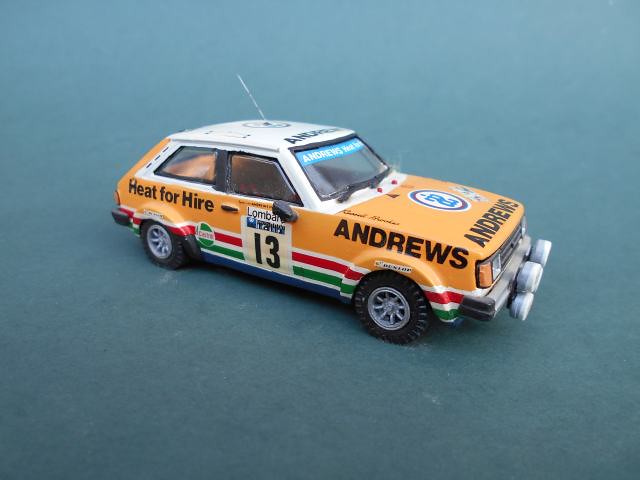 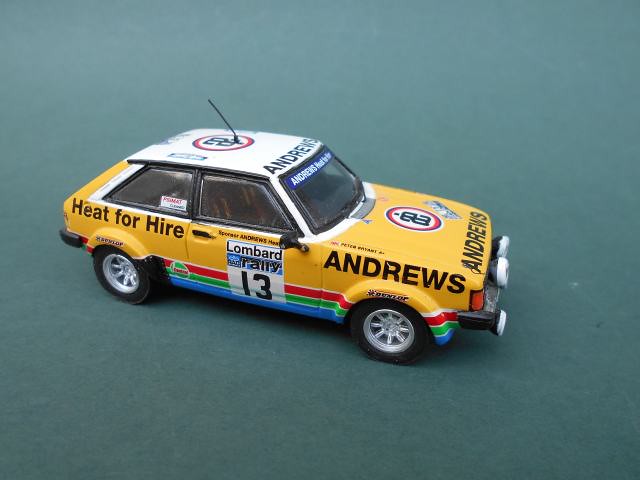 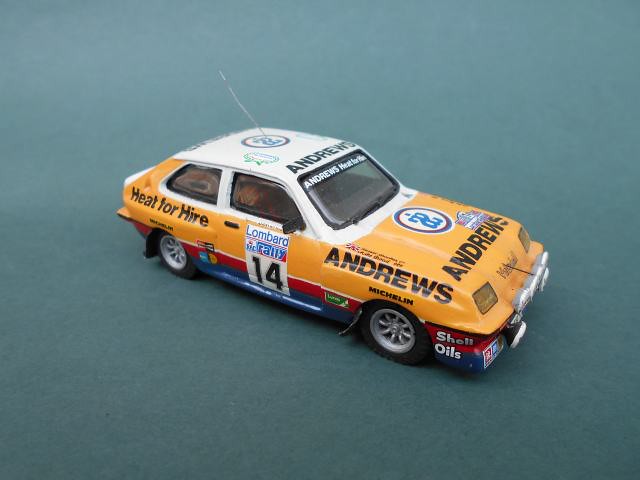 Opel Manta 400 1984 RAC Rally Russell Brookes & Mike Broad. Possibly the most well-known of all of these models, an original Vitesse diecast. Never thought that the shade of yellow was anywhere near correct. This model used to command big prices but I have not seen one for years (not that I have looked!!) 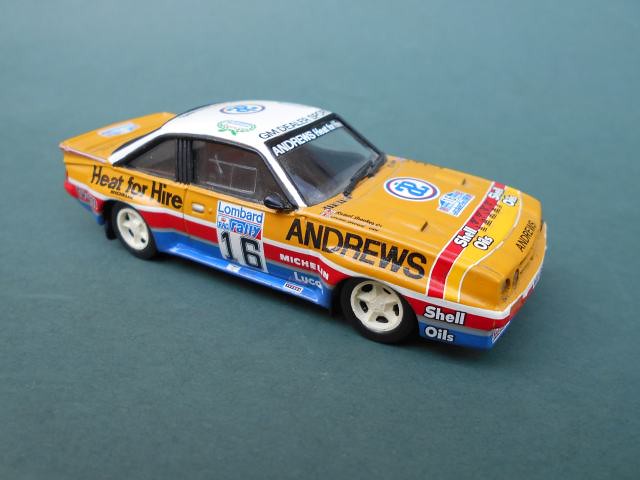 But just to make you weep this was the subject of my first commission. John Horton PR manager for Vauxhall/Opel Dealersport asked if I could decal up a few Mantas for him to hand out to the Andrews Heat for Hire reps. 100 turned up!!! Sorry John you don’t get discount for bulk purchases. Mind all these models in one place was possibly why this model later was the hard one to find? Photo of a photo here. 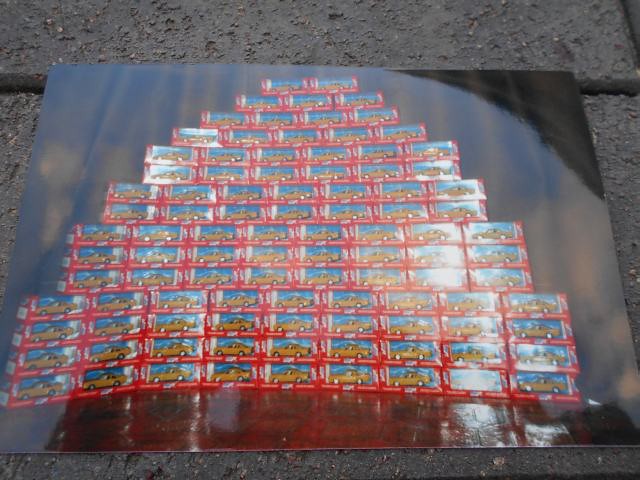 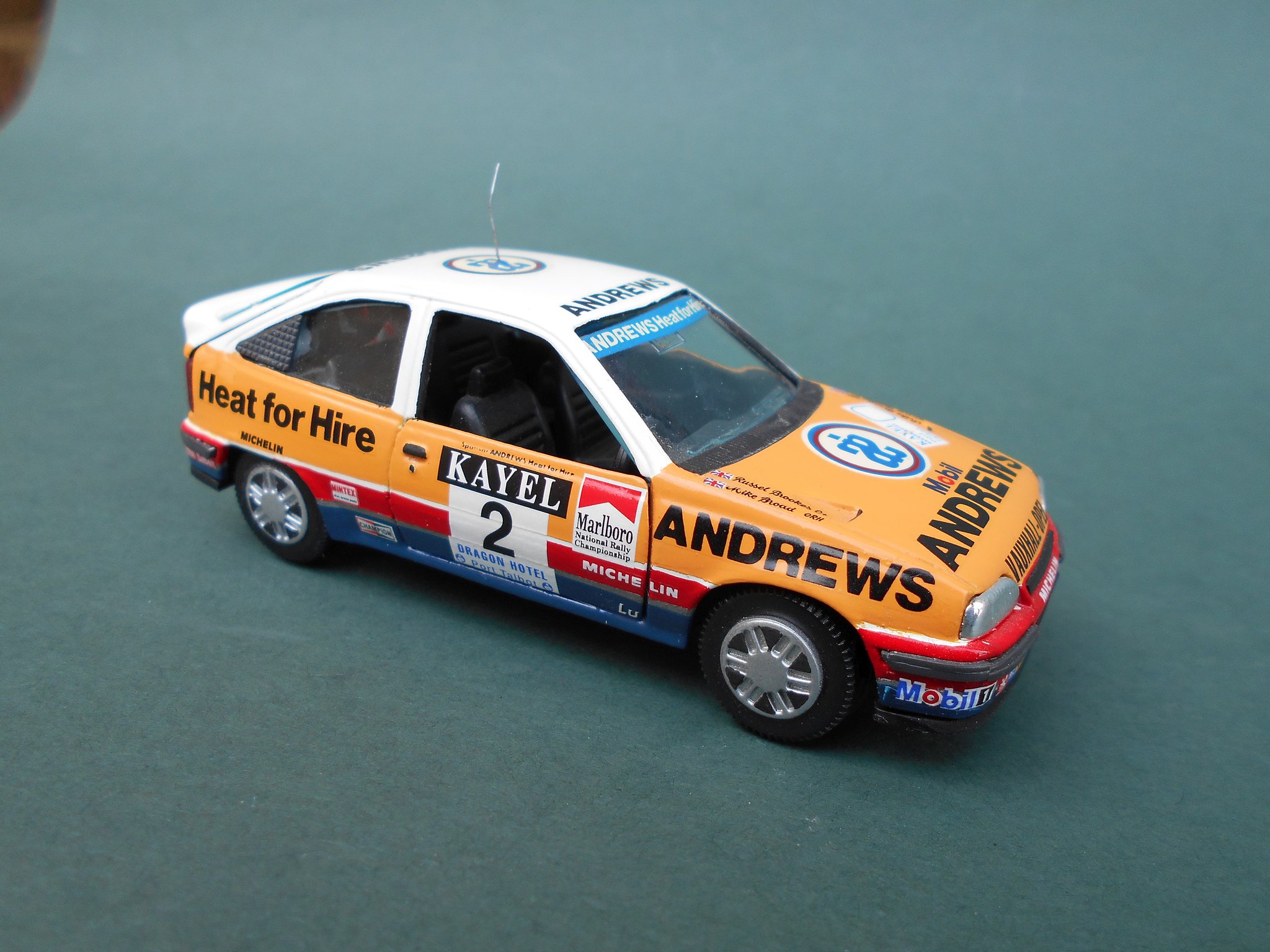 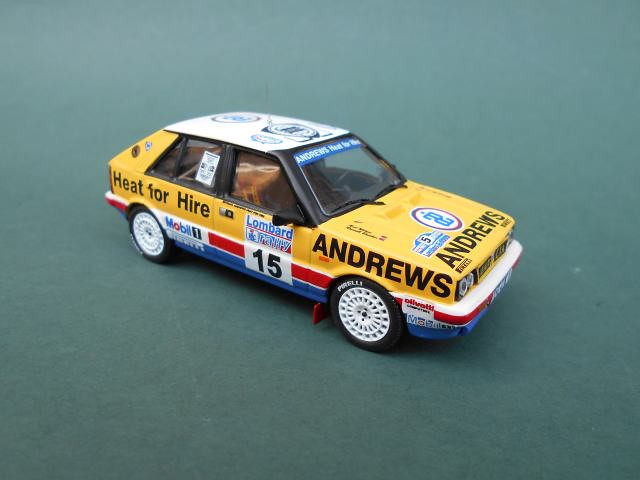 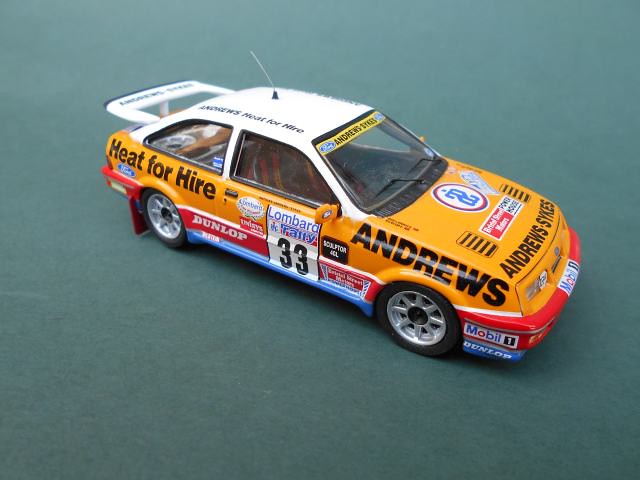 Ford Sapphire Cosworth 1990 RAC Rally Russell Brookes & Neil Wilson. A resin kit by Starter built a few years ago. At that time this was one of the best presented cars I had seen on a rally by Mike Little and the boys 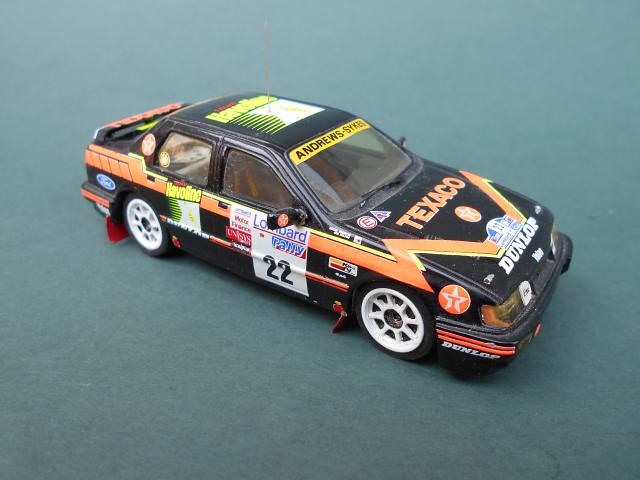 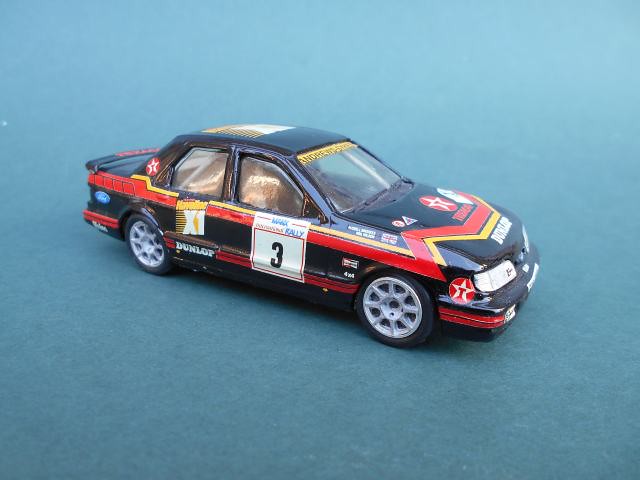 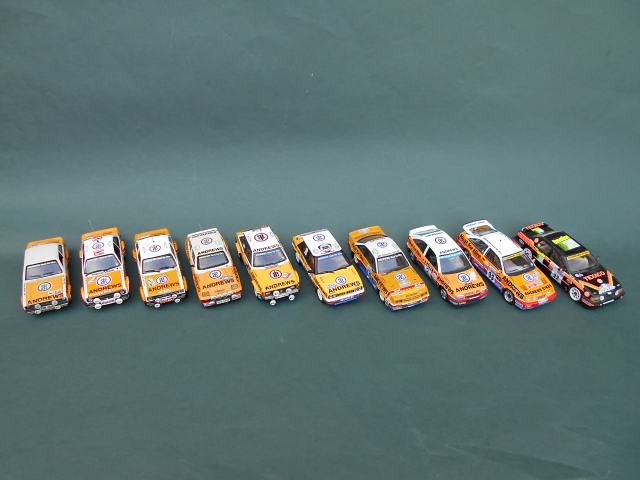 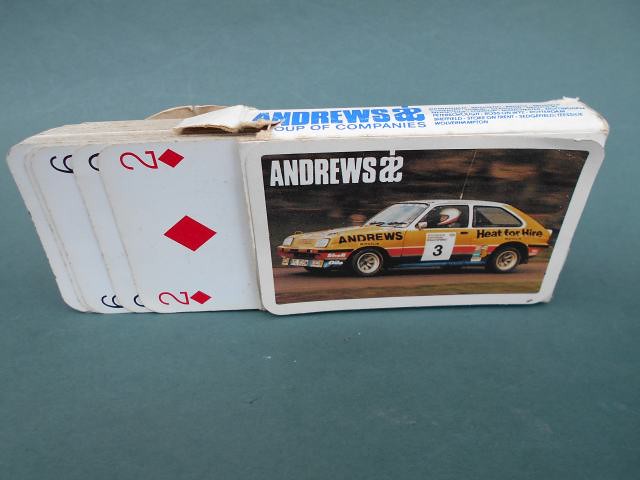 I have the Vitesse Escort, Trofeu Sierra and the Ixo Delta , but would love to see his Manta , Chevette , Astra and Sunbeam done by a current model producer . Except for the Chevette, the models for the others are already out there if only they were willing to add the HfH livery.

That's an impressive collection of a relatively obscure sponsor (at least for those of us outside the UK).
“Racing is life. Anything before or after is just waiting.” - Steve McQueen
Top

Like most British drivers in the 70s & 80s Russell hardly ever rallied outside the UK. So when Colin McRae came it along he was important for him to get out of the UK Rally scene early to further his career much better.

Andrews Heat for Hire sponsored Russell for 25 years and HfH colours were very familiar to all UK rally suporters in the 70s to early 90s.

I recall being in Belfast at the end of a Circuit of Ireland Rally which Russell Brookes won. Can't remember which year 1976 or '77? Somewhere I have 35mm Kodachrome transparencies of the presentation of trophy to Team Brookes.
Top