This weird looking car is an “F&M” (Fiorio & Maglioli) based upon a Lancia Fulvia HF. Only three cars were ever built the first two were identical and the third being slightly modified from the original.

The car was the result of Cesare Fiorio and Claudio Maglioli, team manager and driver respectively, of the official works Lancia team, noted that the team´s drivers were suffering from heat exhaustion at the Daytona 24 hours race in 1969 and the prospect of having the same problem again on the Targa Florio was not thought a good idea.

They decided to take the roof off the HF coupé, shorten the chassis by 28 mm thus making it 200 kg lighter than a Coupe. The fuel tank took the place of the rear seat, the roof was removed, the suspension was lowered, the body/chassis were stiffened up with a rigid tubular framework and all superfluous items taken off the car it gave the car a chance to be more competitive also against more powerful cars. The car was christened the F&M Special (Fiorio & Maglioli). The first car made went on to become the test mule for the Lancia Stratos. No cars are known to exist, but there is an incredible replica around that was auctioned as few years ago. 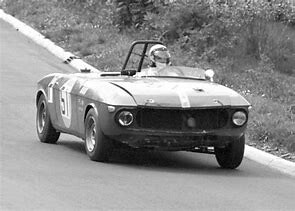 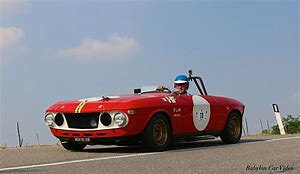 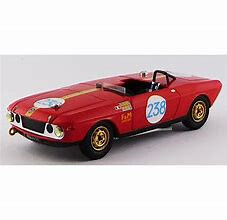 The Barchetta’s first race would be the 1969 Targa Florio where Munari & Aaltonen would finish 9th overall and take 1st in class at the Nurburgring 1000kms – Munari & Aaltonen finishing 27th and Maglioli & Raffaele 29th.

More details of the race histories can be found on here
http://www.lanciarally037.com/e-FeMspecial.htm 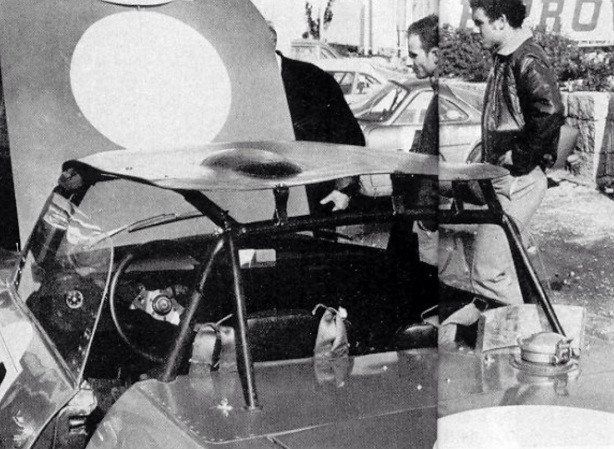 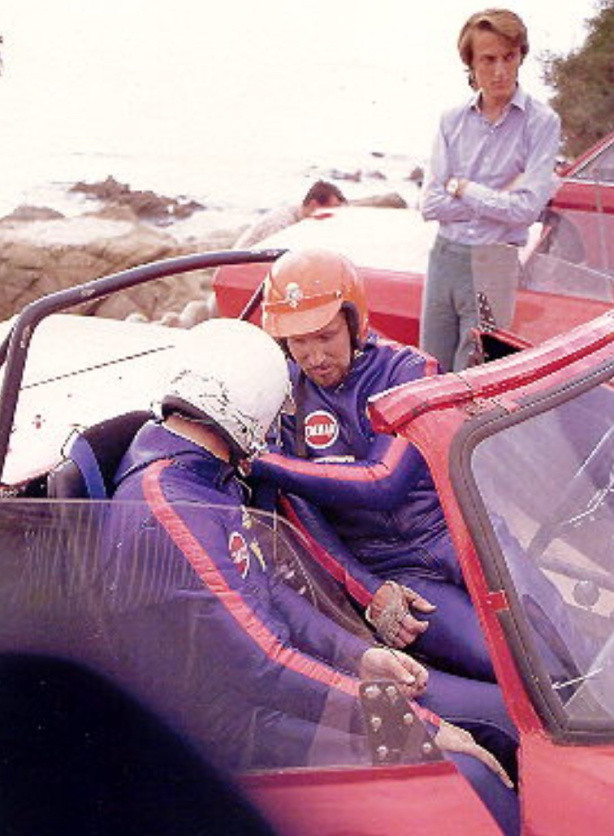 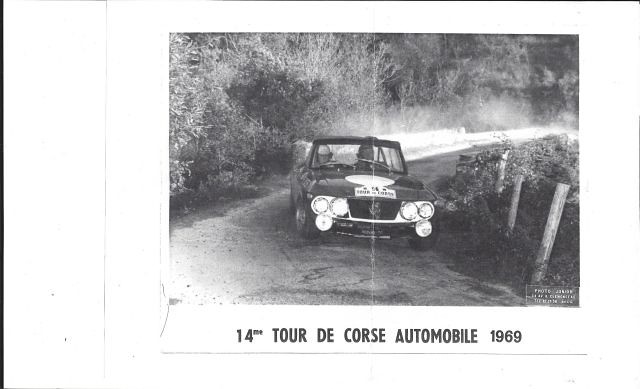 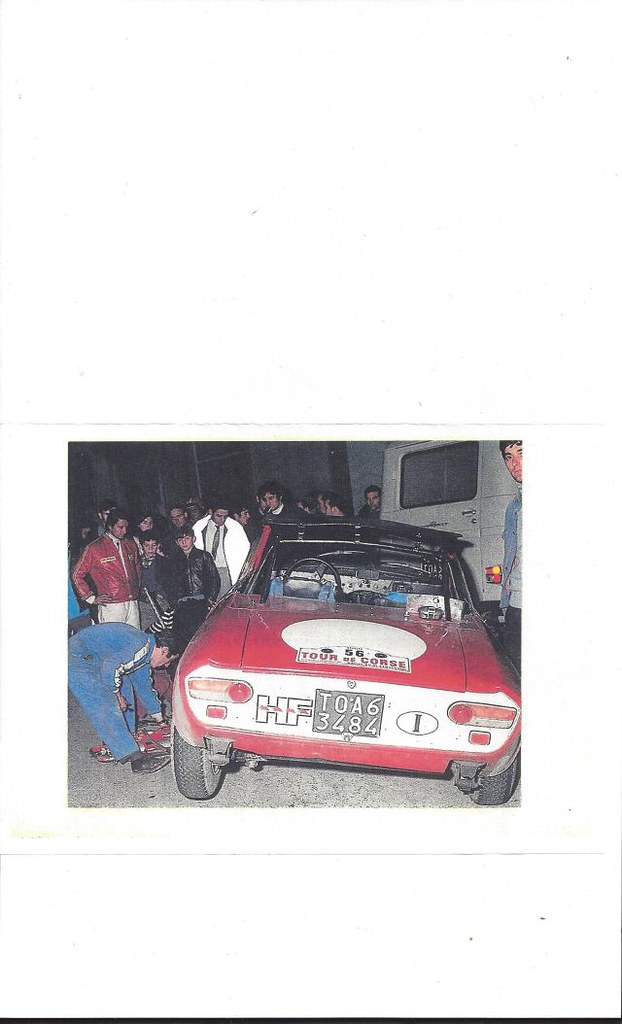 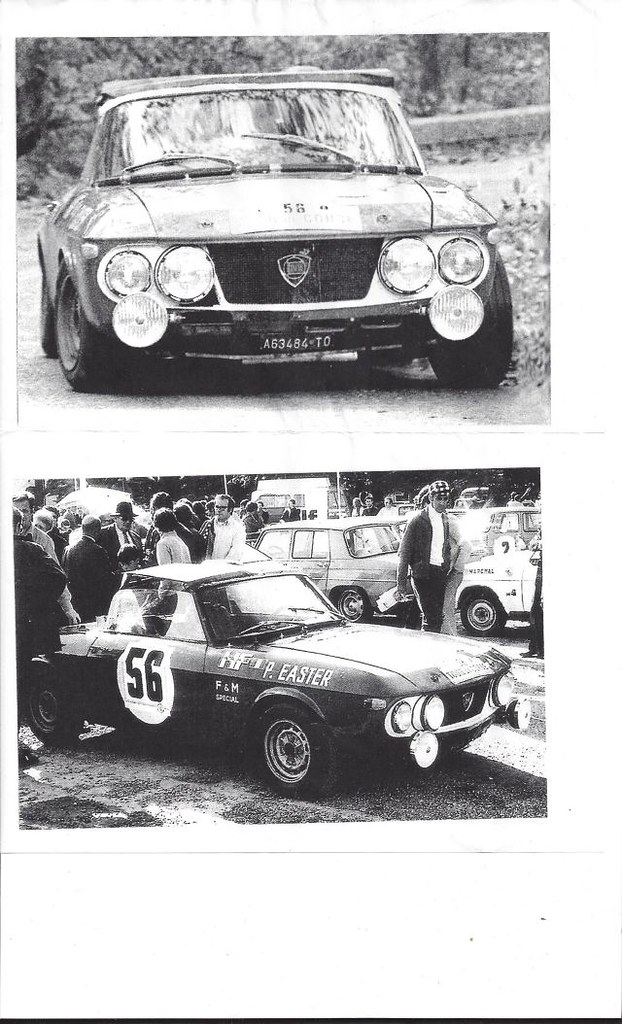 This is a report by John Davenport about the experience. When he ‘Munari’ came back in 1969, I was delighted that he chose me as his co-driver. Lancia had decided to put us in one of the infamous F&M Specials (nothing to do with risky sex but 'Fiorio and Maglioli') which comprised a topless Lancia Fulvia. We had to wear dry-suits in case it rained. We looked like something from an early Dr Who episode. To my eternal gratitude it did not rain during the event, but we were plagued with rear brakes that were too effective - this was before adjustable limiter valves and spent most of the time entering bends backwards. Added to this, the open layout at the relatively slow speeds of a Corsican road encouraged the accumulation of exhaust fumes in the cab and we were both quite ill. Somehow, we finished 13th and never were two men so grateful to get out of a rally car.

So the difference between the Targa versions and the Tour de Corse were that the former were both single seaters with no roof at all but the Tour de Corse cars both carried navigators and obviously had two seats, and the A post and the front part of the roof carried the windscreen with a fairly rudimentary roll cage over the cockpit arrear and what can only be described as a sun shade was added over the top of that!! Both TdeC cars had the windscreen and surrounding A pillars in place, but the Targa didn’t. So how did they get those back in place, did they really weld them back on???

I was asked by Paul Easter to make this model for him who fortunately had some original photos to help with this conversion. Using the Spark model was never an option as it had no windscreen. Eventually we settled on a partwork model. By carefully removing most of the roof it looked like it would work. The rear seat area was covered by some plasticard and the roll bar added. In the text it mentions about 28mm being removed from the rear bodywork. 28mm is not that much on a real car and on a model virtually negligible. Without knowing where the bit was removed from, there was no point worrying about it. The suspension was lowered a bit, the light rearranged, seat belts added and decals made.

An interesting conversion particularly learning the history and that the model is now with Paul. Chris
Top

Very. much one to “like” for me - thanks for the story Chris.

Would that be a young Luca di Montezemelo checking out the Lancia.
Martin
Top

It appears Best models made the Lancia F&M, but its much cooler to make one yourself. Ian yes a Best model not Spark as I said. I think they made a few versions

But look at it carefully the front is quite different and there is no windscreen so making the TdeC version would have been more difficult. So how did one of the first two get its windscreen back ready forthe TdeC?

I like that a lot, wouldn't mind the Best model. Cool racer.
My collection
Top

Just noticed that the photos of the finished model hadn’t come across, so here we go.

Using a Partwork Lancia Fulvia, first chop the roof off… 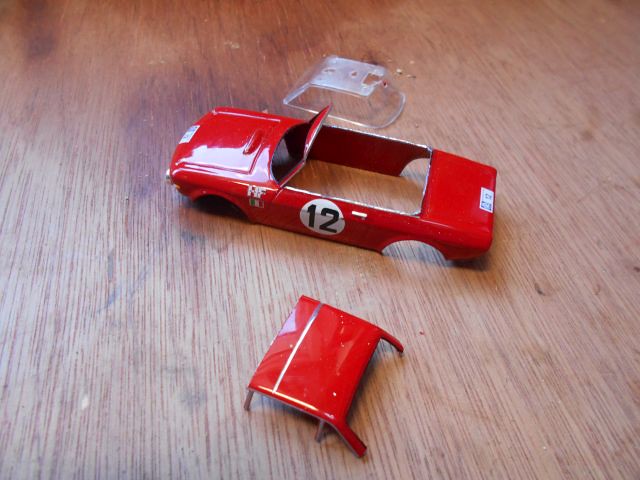 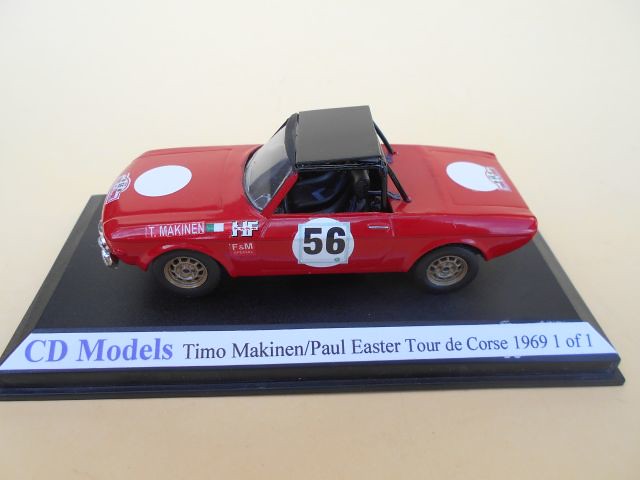 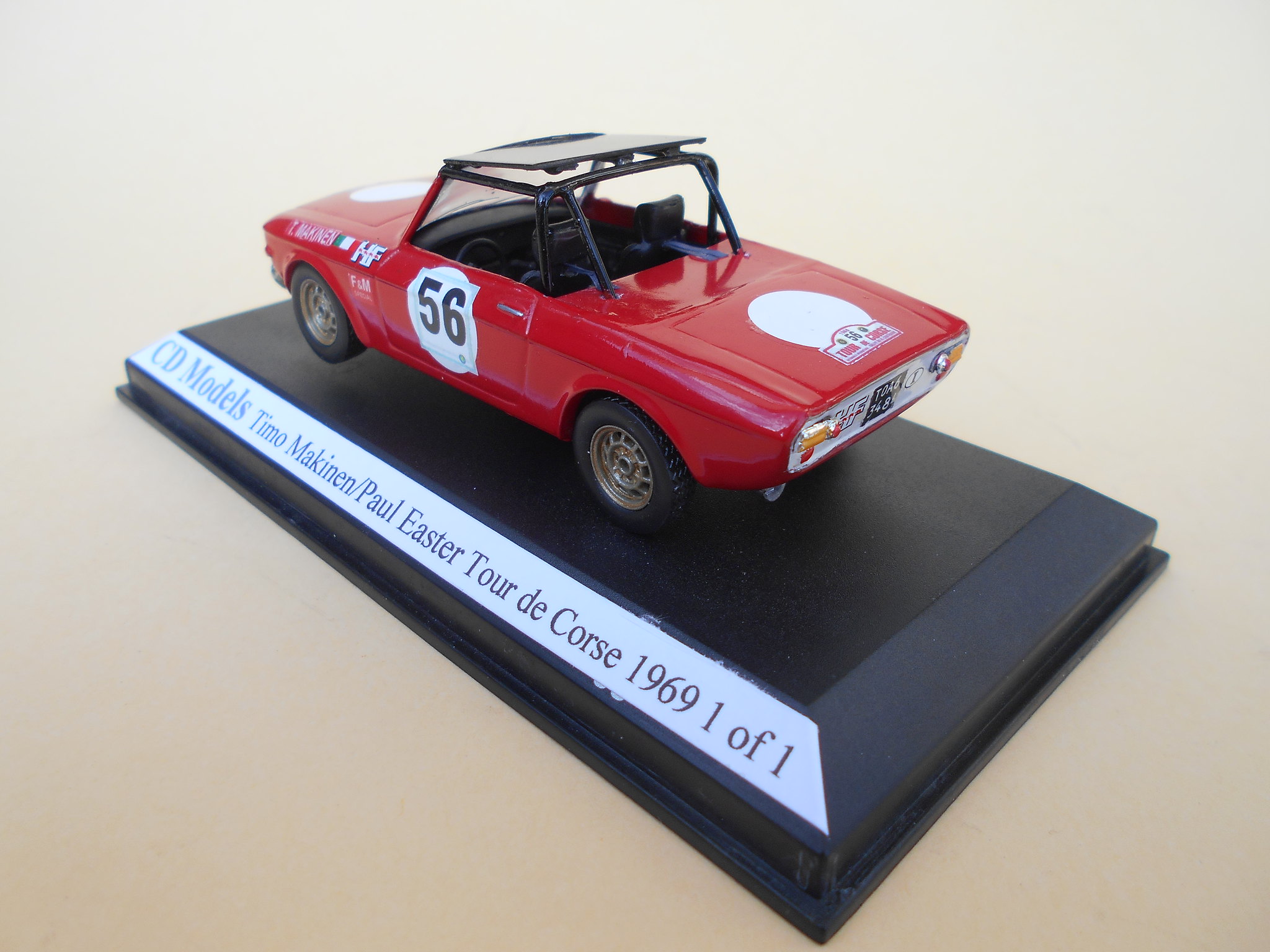 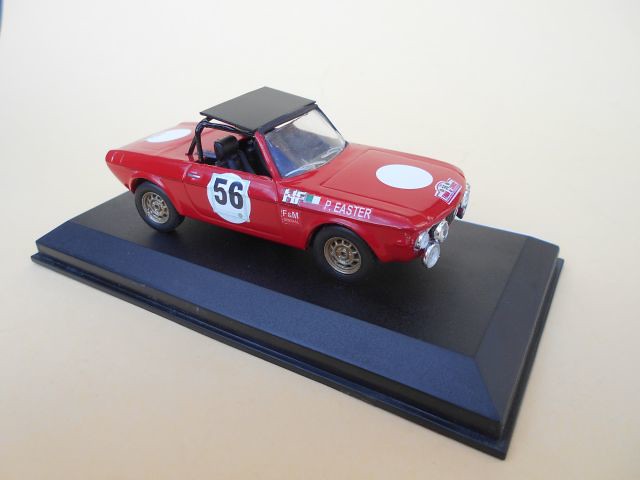 Great work considering you started with a humble part works model.
“Racing is life. Anything before or after is just waiting.” - Steve McQueen
Top

Holy mercaptans Batman, that looks outstanding! And square the awesomeness factor for being you that made it.

nice work Chris - i thought i’d read somewhere that they had shortened the rear of the car?
Top

Thought this might interest you Chris. I missed out on this 1/43 - even quirkier!

Now that's what you call a shed!!