105epaul wrote: ↑
Thu Jul 04, 2019 8:01 am
Superb work, wish I had both the skill and patience to do conversions etc. I love the Indy roadsters and have some of the Hobby Horse models plus I think a SMTS handbuilt version. Also have a fine t-shirt with roadsters on it, got it when we came over from England and raced at Sebring. There is something about the roadsters, very colourful too. I did drive a lap of Indy back in 1981 when they had the Car Craft Street Machine Nationals there. My late friend allowed me to drive his custom '58 Impala around the track, I was thrilled to do that.

Thanks. The Speedway is something special. Very cool that you got to drive a lap.
https://43mods.blogspot.com/2019/02/ive ... f-143.html
https://aw-diecast-collection.blogspot.com/
Top

Thanks everyone for the nice comments. I'm afraid I won't be converting any more roadsters for a while as I have exhausted the available graphics.

This is the most heavily modified Hobby Horse Watson I've done so far. It is the car that Jim Hurtubise drove at Indy in 1964 and the one in which he had his terrible crash at the Rex Mays Classic. The scoops and roll bar were scratch-built; the nose and front suspension were modified; The left side engine cover was removed and framing built from spare parts; an engine was scratch-built and the oil tank modified. The paint is Testor's red acrylic and the decals are from IndyCals. 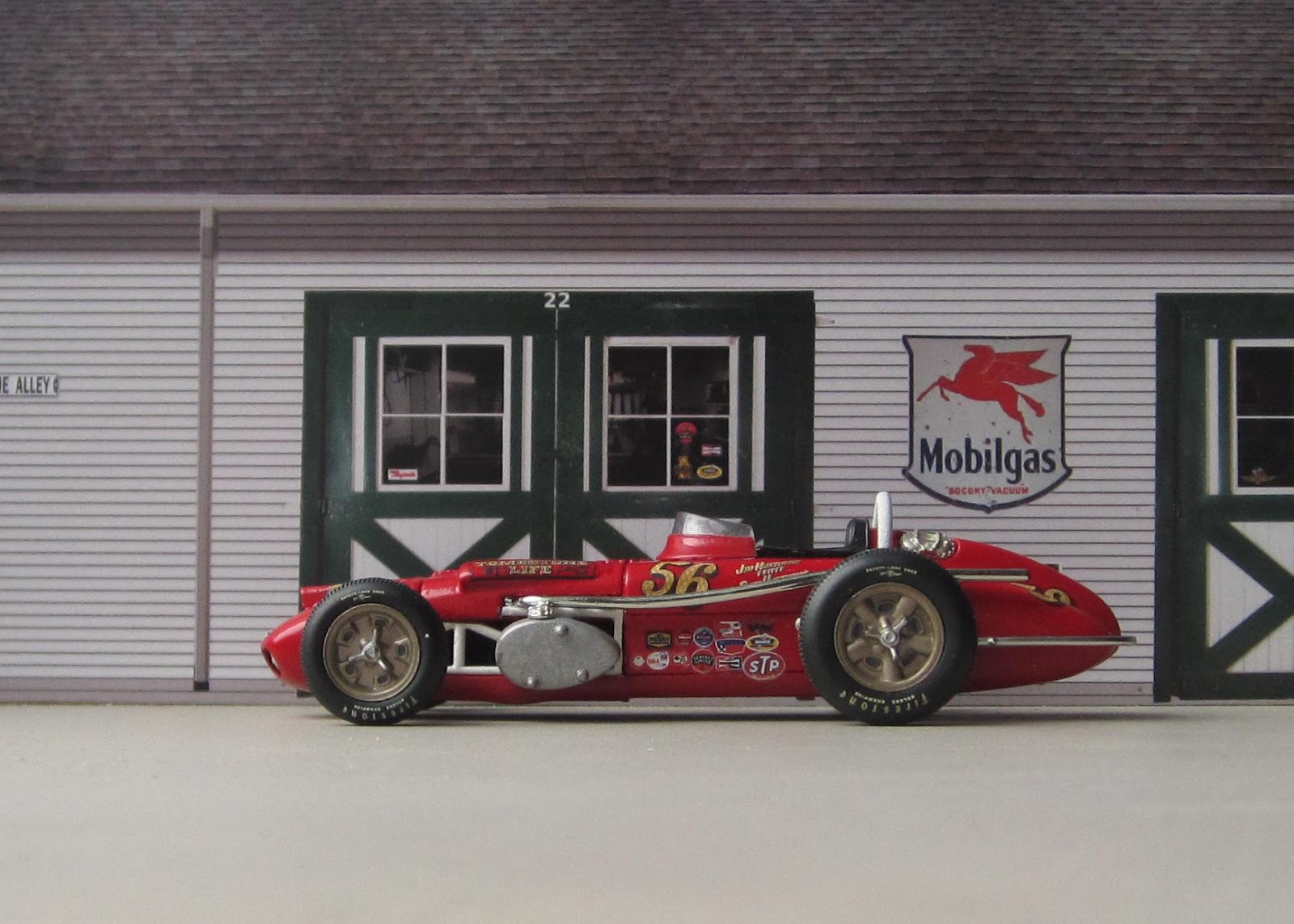 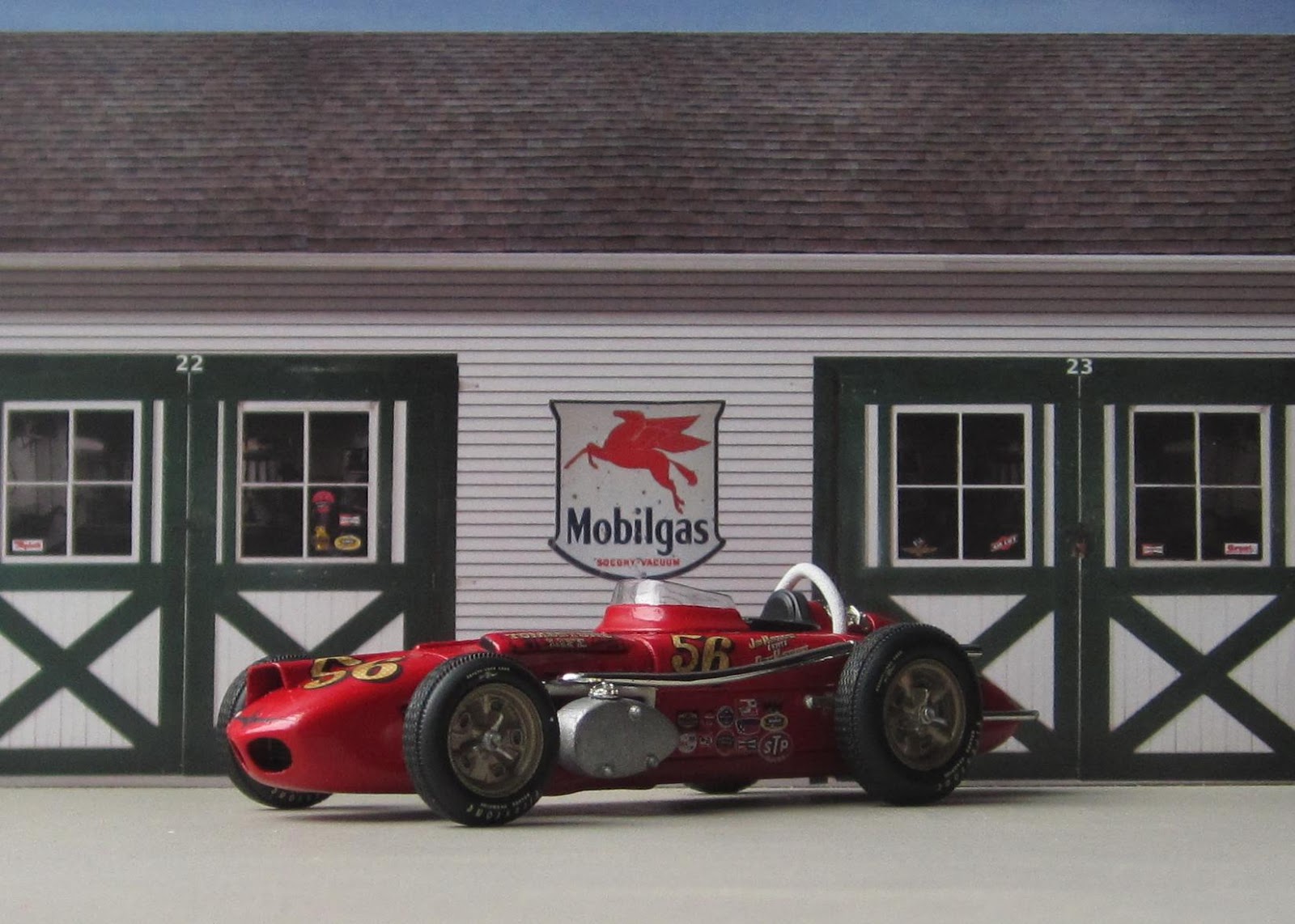 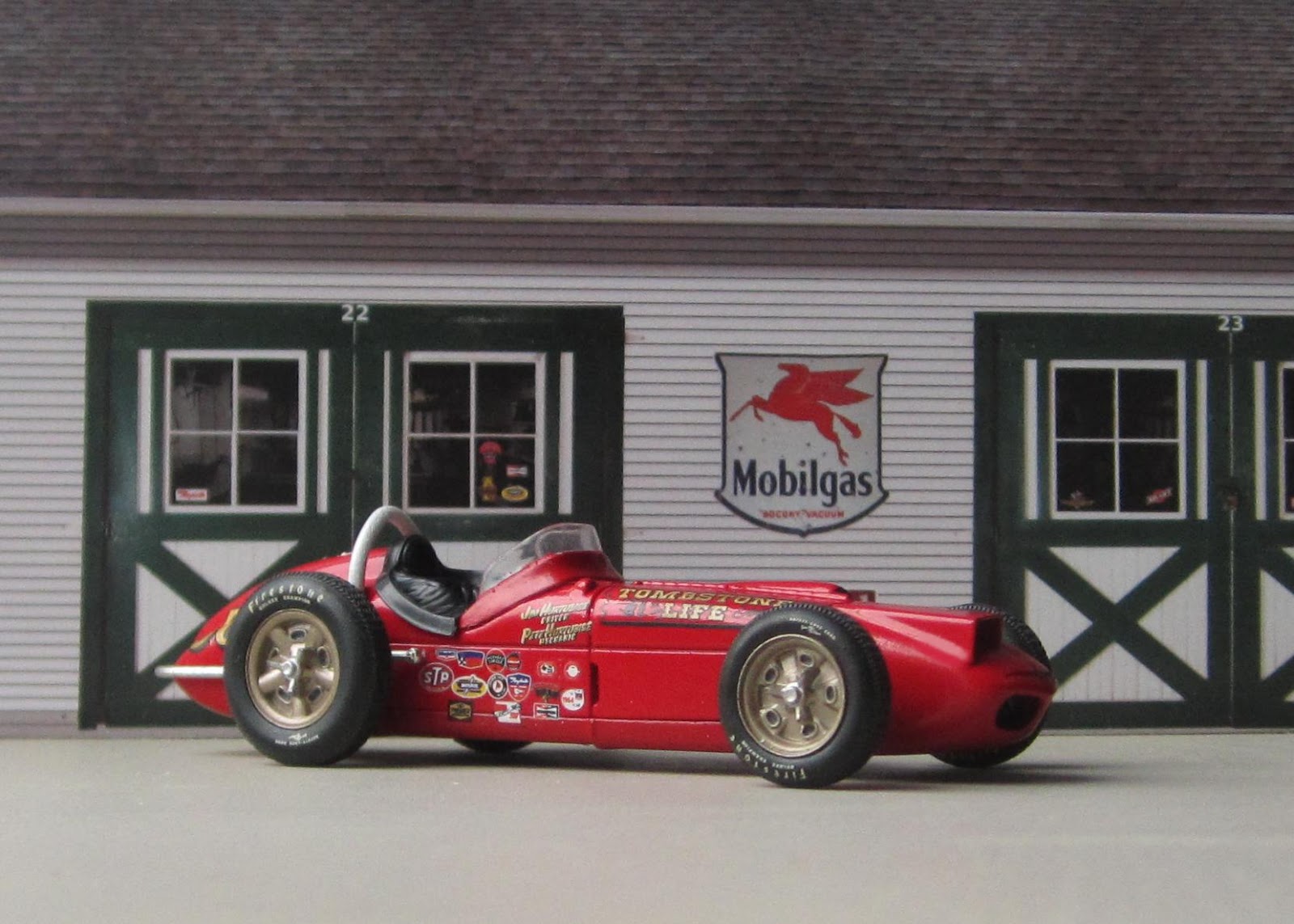 What a result! Do you have enough spare parts around to do a Mallard?
Jeff

I might start looking for a Mallard kit or something I can modify. I have one more Watson disassembled and ready, but I'm not sure what it will become.
https://43mods.blogspot.com/2019/02/ive ... f-143.html
https://aw-diecast-collection.blogspot.com/
Top