I thought I would update the progress on the McLaren transporter. I have been working on it in-between some other projects (mostly of the home improvement kind), so it is moving along if albeit slowly.

I have the van body about done and have put the first primer guide coats on it to do any final fill and sanding. As the weather here has warmed up, I am hoping to have started putting paint on it by this weekend. 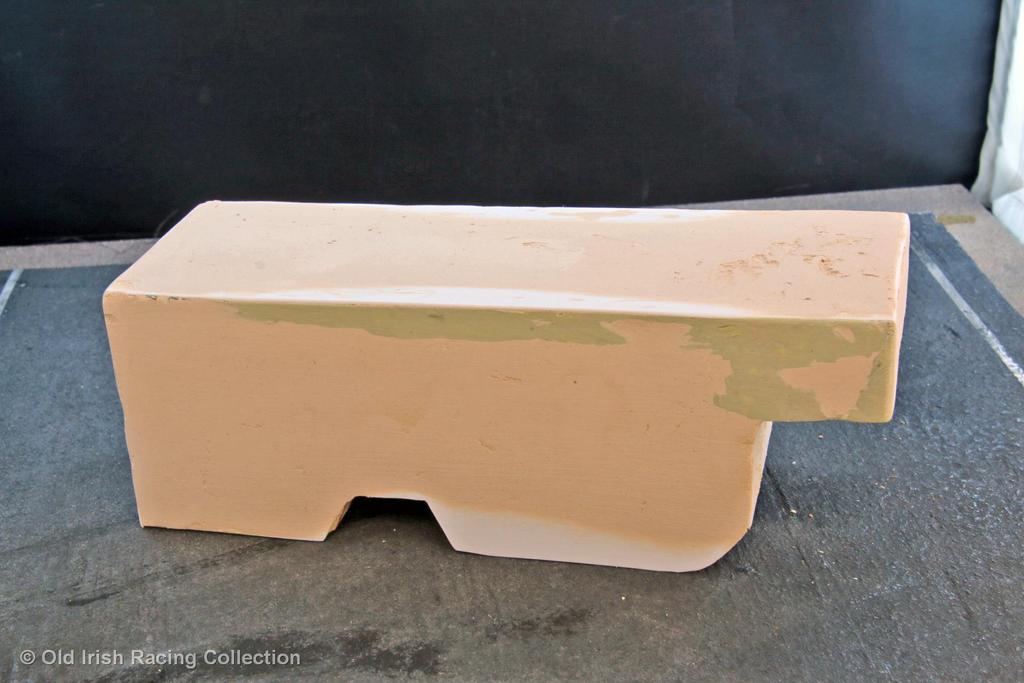 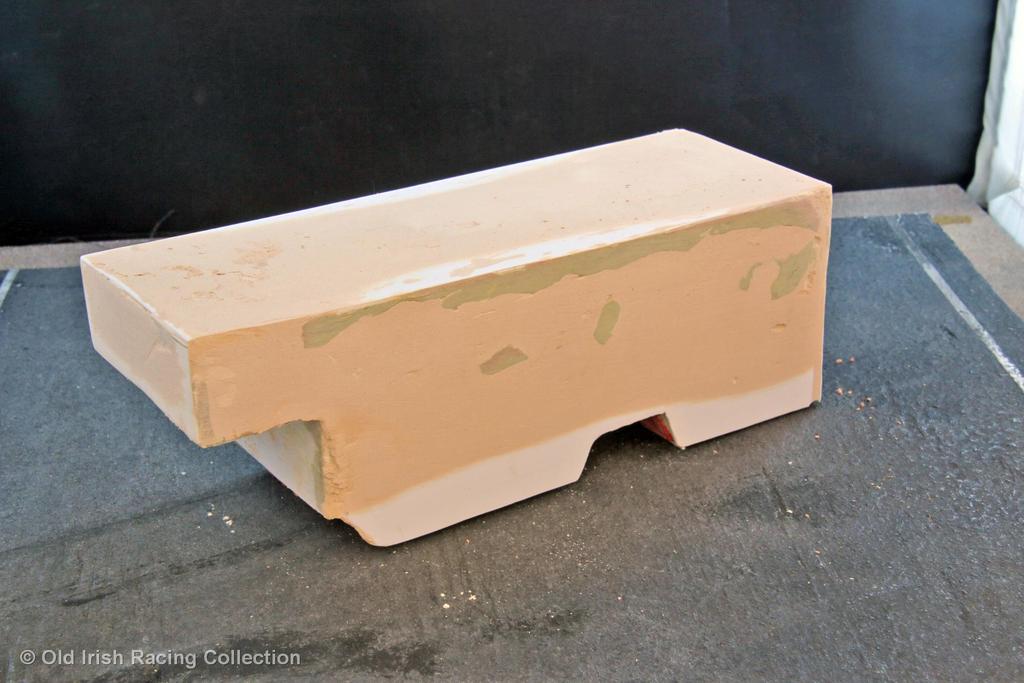 I used Milliput for filler at first but it must have been beyond its prime. While it set rock hard, it didn't adhere well, I ended up taking most of it off and using a plastic wood filler instead (you can see green patches of Milliput that remain). Much easier to work with and it takes primer and paint well. I am constantly checking the fit, here the van body sits on the chassis and cab assembly. 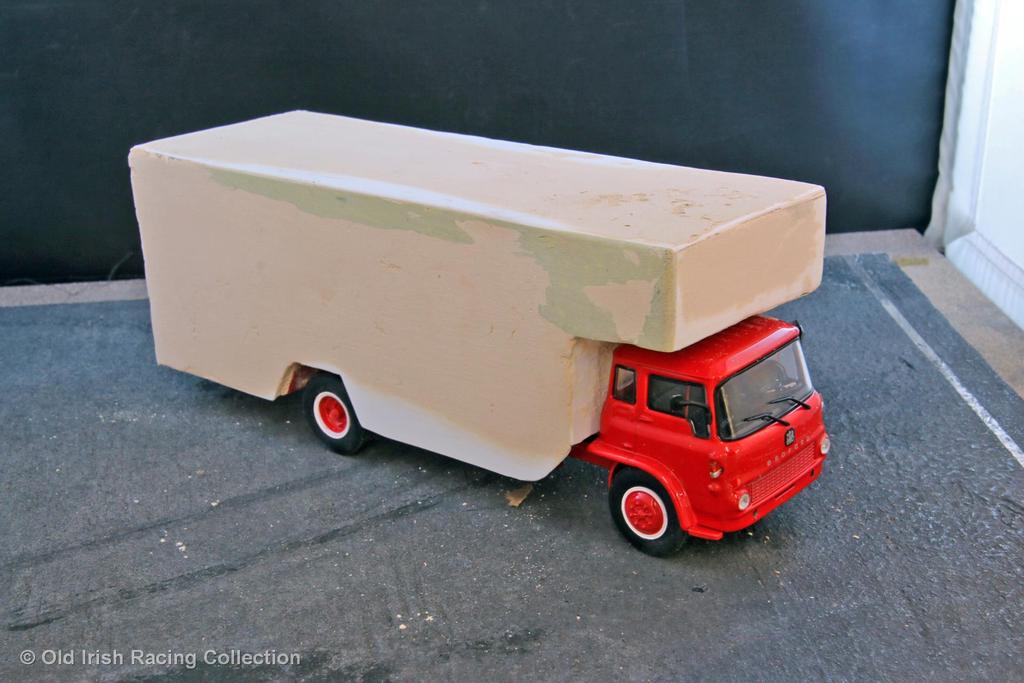 I neglected to show the bare chassis and cab in earlier photos. 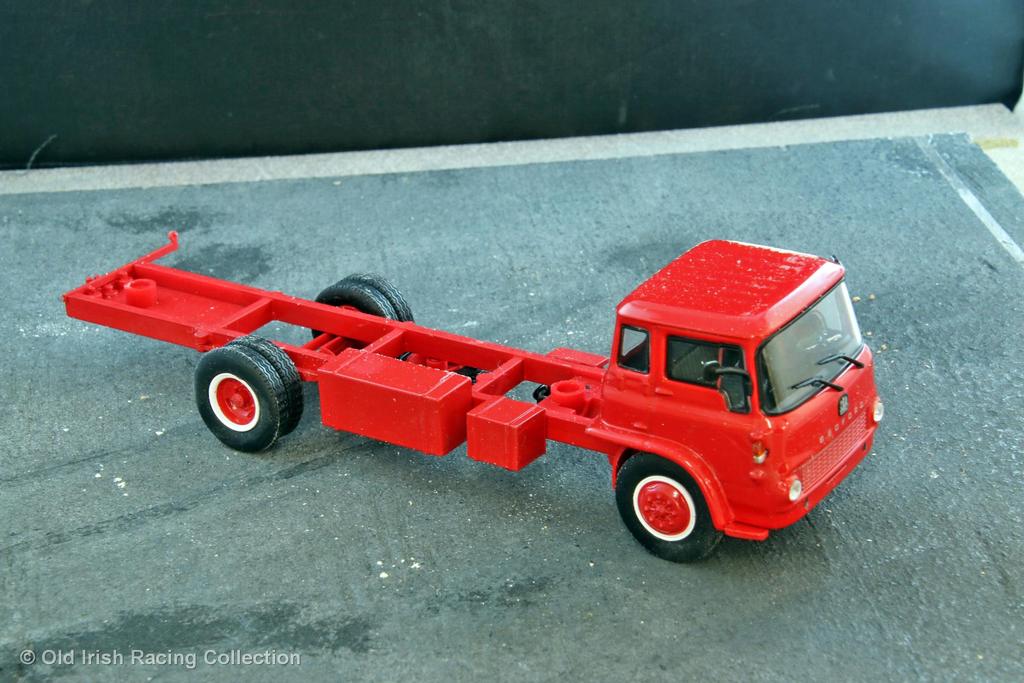 After first primer guide coat and some wet sanding. I will have some final shaping to do, but as you can see Jeff, I am trying to round the corners as much as possible.

Impressive result looking at what you started out with!
My collection
Top

Now you are at the easy part, just remove everything that doesn't look like the transporter

Doesn't look like your too far away Jerry. Have you thought about what you'll do to replicate the rear doors ?
“Racing is life. Anything before or after is just waiting.” - Steve McQueen
Top

The image I have of the rear, it has a door that drops down to form a ramp. I am waiting for some taillights to come to complete the rear. I am painting the outline of the door black to standout. I am about 98% done, just need some detail work.

I have managed to do something wrong just about every step of the way on this project. I have another truck to make the later version of the transporter. When I get to it, I hope I've learned from my mistakes!

Thanks! It is by no means perfect and some point I may redo the box to be narrower and not quite as tall, but its mostly done for now. From Pinder Circus truck to F1 circus truck! 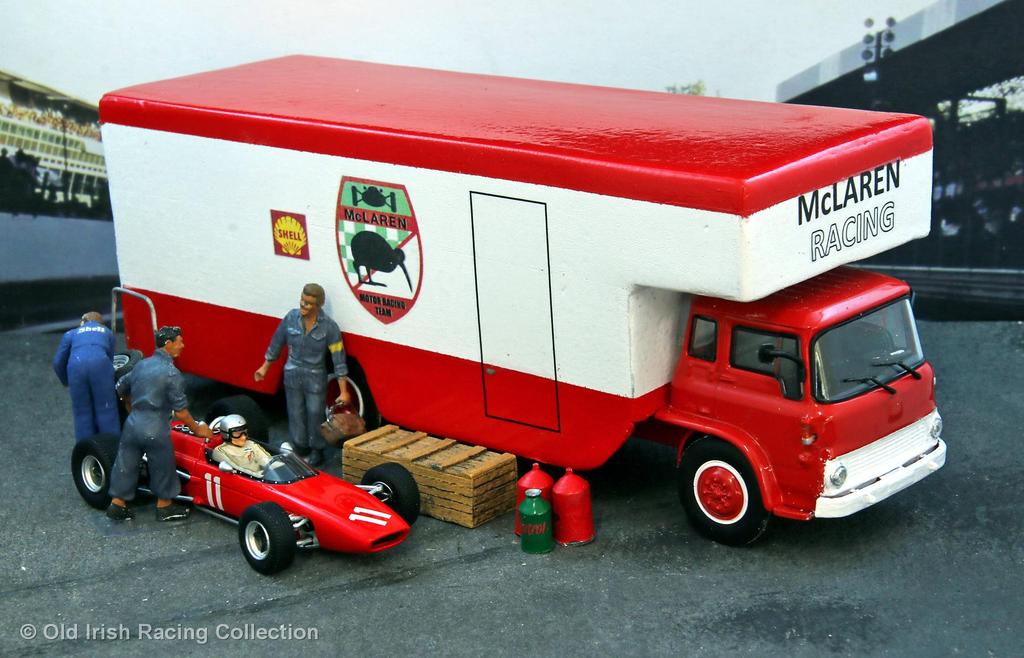 Impressive result! I agree that it's a little wide, though.
My collection
Top

Congratulations Jerry. That will do nicely to compliment your McLaren collection.
“Racing is life. Anything before or after is just waiting.” - Steve McQueen
Top

So the truck had a few too many Big Macs and became a Big Mac (Hauler) itself, it looks great from here.
Jeff
Top
Post Reply
154 posts