Cheers Rob! - I was first introduced to Rob Walker almost fifty years ago through his reporting of F1 races in the pages of Road & Track magazine. He had finished his long successful career as a team owner and capitalized on his F1 connections with the F1 fraternity, to bring interesting reports on races and great background stories. It harkens back to a simpler time when drivers and team principals were accessible and race reports were a couple months old by the time they made it into print. Rob had a style that made his reports fresh. As the patron of a private F1 team, he had not only the experieince but the connections; including the fact that he employed over the years some of my favorite drivers (Stirling Moss, Jo Siffert and Graham Hill.) When this transporter was introduced, I knew I wanted it for my transporter collection in remembrance of the joy reading Rob's writing brought me (still does) and to go with some of his cars in my collection. 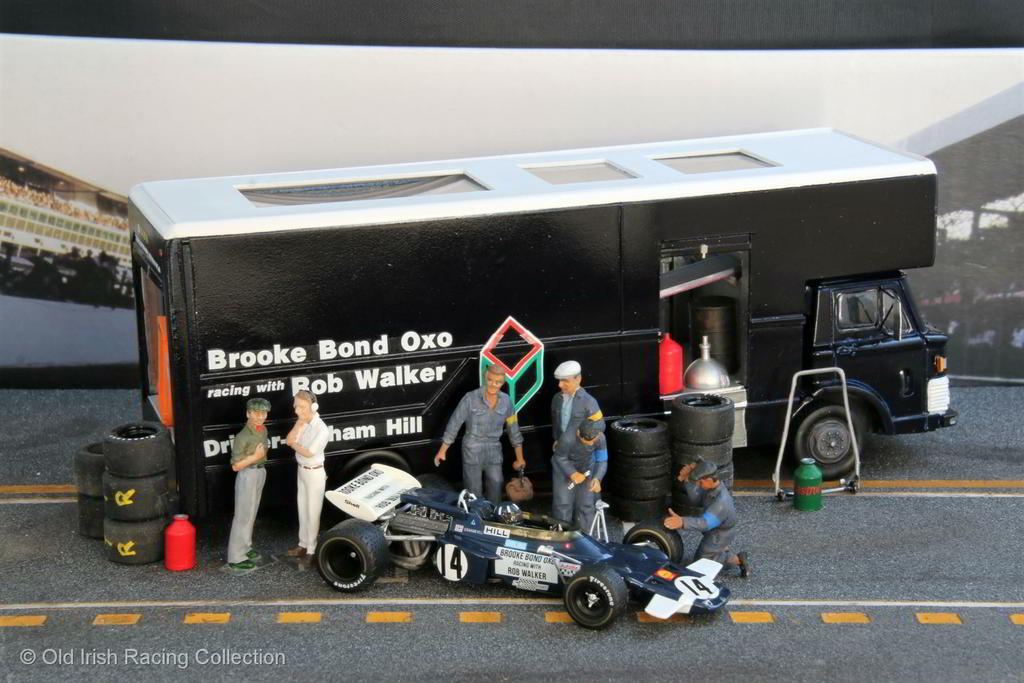 Ford introduced the D Series in 1965 to replace the Thames Trader. To compete with GM’s Bedford TK, the truck was given an updated appearance with cab over engine design, which was popular in the US at the time. The tilting cab was access to the engine and was a one man operation. It was powered by three diesel options, a 4-cylinder 3.97L and two six-cylinder versions of 5.42L and 5.95L; the latter producing 128 bhp. The truck could carry a payload of up to 12.75 British tons. The D Series stayed in production until 1981. This transporter used by Rob Walker’s racing team in the late 1960’s took them through their final season in 1970, when Graham Hill drove Walker’s Lotus 72C. It often carried two cars, the newer 72C and the older Lotus 49 as backup.

Introduced in 1970, the Lotus 72 was one of the most innovative and successful designs in F1 history. Despite initial handling problems, Jochen Rindt took a 72 to the World Drivers Championship, albeit posthumously. Graham Hill was Rob Walker's driver for the 1970 season after recovering from his bad accident at the USGP in 1969. Uncertain he would race again, Lotus had replaced him for 1970. His opportunity with Walker came about when Jo Siffert left the team at the end of 1969. The 72 may have been too radically different for Walker's team to properly sort out in the short time they had the car. Hill failed to finish the three races he ran in this car, including the 1970 Mexican GP in this livery. This was the last race for a Rob Walker owned car in F1 in a successful history as a F1 privateer that spanned back seventeen years to 1953. Hill refused to retire, instead moving to Brabham in 1971 until he launched his own team in 1973.

MEA Kit doesn't make extremely detailed models and are fairly easy to assemble. Unfortunately, the transporters they make are only handbuilts and are not available as kits (limited to 30 pieces each.) If I can figure a way to easily access it easily, the interior does offer plenty of detail and features which would allow some additional detailing with tire, fuel rigs, tool boxes, etc. I wish I could have built this from a kit for that reason and at less cost, I know I could do an equal job to what their builder did. Not for everyone I'm sure, but it was a splurge in a time when not much coming out is of greater interest to me.

Absolutely love it!
My collection
Top

As you know, McLaren has a very similar looking Ford based transporter around this time too. I wonder if they came from the same source, or even if it was the same transporter that was passed down from McLaren to Rob Walker?
“Racing is life. Anything before or after is just waiting.” - Steve McQueen
Top

Do you need to come clean Jerry, and let us know if some of the Walker family’s products were consumed while you were reading his words

This is a wonderful model. I’ve always been a fan of these Fords, ever since lusting after a Dinky one in my (much) younger days.
Martin
Top

Wow! that is VERY nice and very appealing.


BTW, I am going to be in Oregon next week south of Portland.
Jeff
Top

Very nice Jerry. Like you I don't understand why this is not available in kit form. Surely they could sell so many more units by doing so. I'm sure Tom Wheatcroft's team raced with a version of the Ford. Need to dig out my archive pics.
Paul - "Collecting Motorsport in Miniature; for the passion and its history".
Top 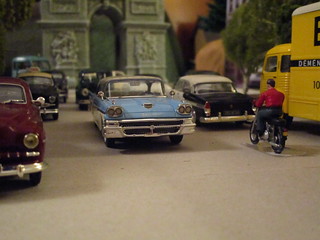 Thank you Tom and Michael!

LM24HRS wrote: ↑
Sat Aug 21, 2021 3:01 am
Very nice Jerry. Like you I don't understand why this is not available in kit form. Surely they could sell so many more units by doing so. I'm sure Tom Wheatcroft's team raced with a version of the Ford. Need to dig out my archive pics.

Thanks Paul! There were a number of teams that used this popular truck as the basis of a transporter, even if it wasn't purpose built originally to be so. In the right hands, this could really be a stunner. I am not sure what Bruno at MEAkit's marketing strategy is, but only wants to offer the trucks as handbuilts. As with the Bedford TK they produce, I expect we will see another Ford based transporter along (maybe McLaren?)

Alfaholic wrote: ↑
Fri Aug 20, 2021 6:23 am
Do you need to come clean Jerry, and let us know if some of the Walker family’s products were consumed while you were reading his words

This is a wonderful model. I’ve always been a fan of these Fords, ever since lusting after a Dinky one in my (much) younger days.


Why I have no idea whatever you mean Martin.

Dinky (or was it Corgi?) did a Ford Castrol truck I had at one time, which I thought was a very nice piece.

Thanks Jeff! Hope we can see you when you are out this way.

Jager wrote: ↑
Fri Aug 20, 2021 12:10 am
Great addition Gerry, especially with the matching cars.
As you know, McLaren has a very similar looking Ford based transporter around this time too. I wonder if they came from the same source, or even if it was the same transporter that was passed down from McLaren to Rob Walker?

I would need to dig into my archives Ian, but think there would have been overlap in the years McLaren used their Ford transporter and Walker acquired this one, though it is possible. Its my plan to put the car and transporter together in a vignette, with the spare 49B in the truck. Glad you like it!
Jerry with a "J"

Cobra Hauler - A project I have been wanting to do for awhile, is making a rendition of one of the Ford Pickups Shelby American used to haul Cobras and spares in the early 60's. This has been a good "in between" project while I have some longer term projects underway. Its a good feeling to take a break from those projects on one that gets completed rather quickly.

Shelby used a pair of Ford pickups to haul Cobras, tools and spares on open trailers. My guess is that they used them for running shop errands when they weren't pressed into towing duty. They were probably used for short hauls out to Riverside and other close venues to the shop located in Venice, California. From longer hauls, Shelby used a Ford semi-tractor and open car carrier and on at least one occasion, hauled one of the pickups along with the race cars.

I used a PW/Altaya Ford F-100 PU and painted it white, with decals now applied and clear coat soon. before reassembly. Finished soon! 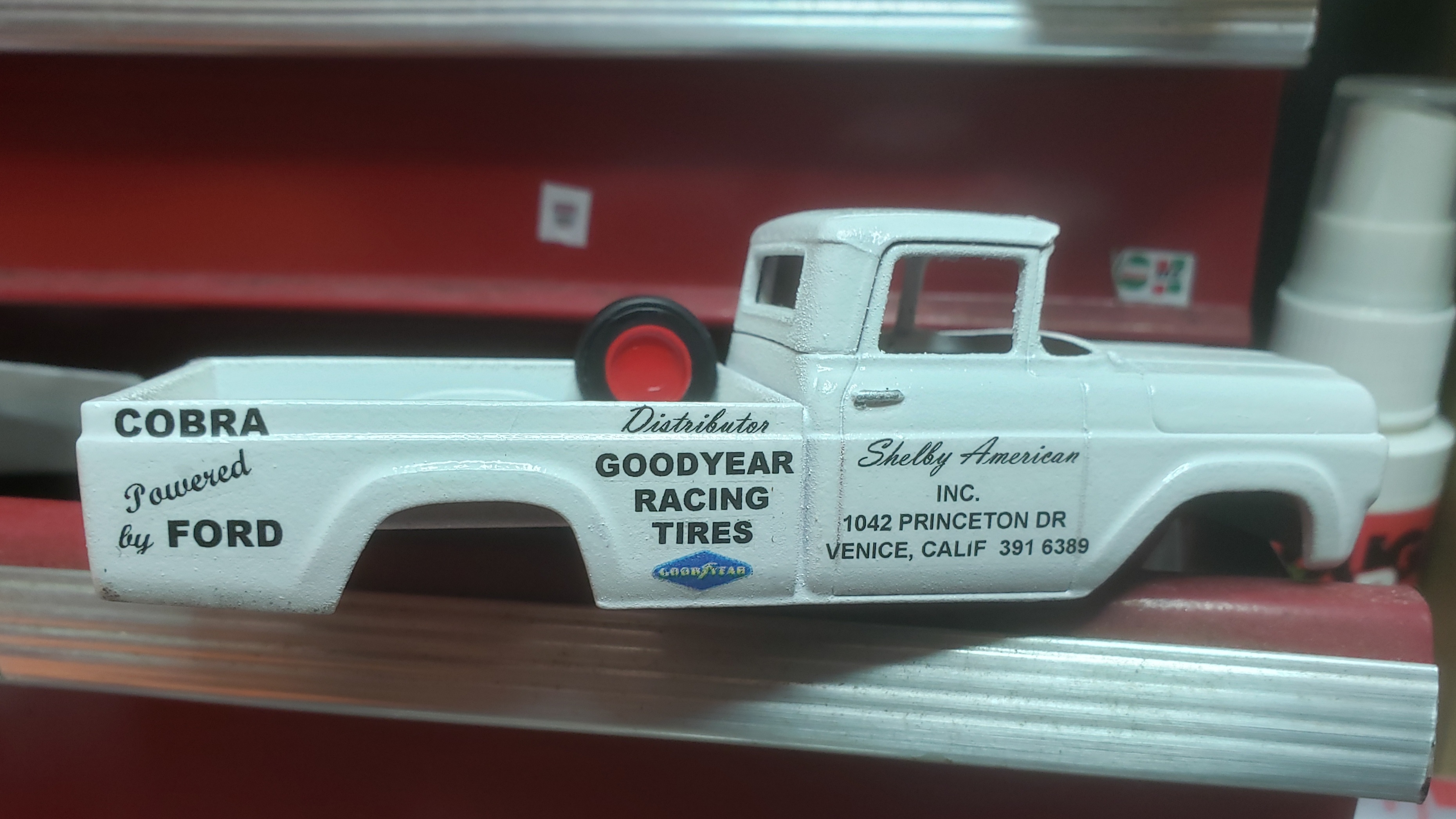 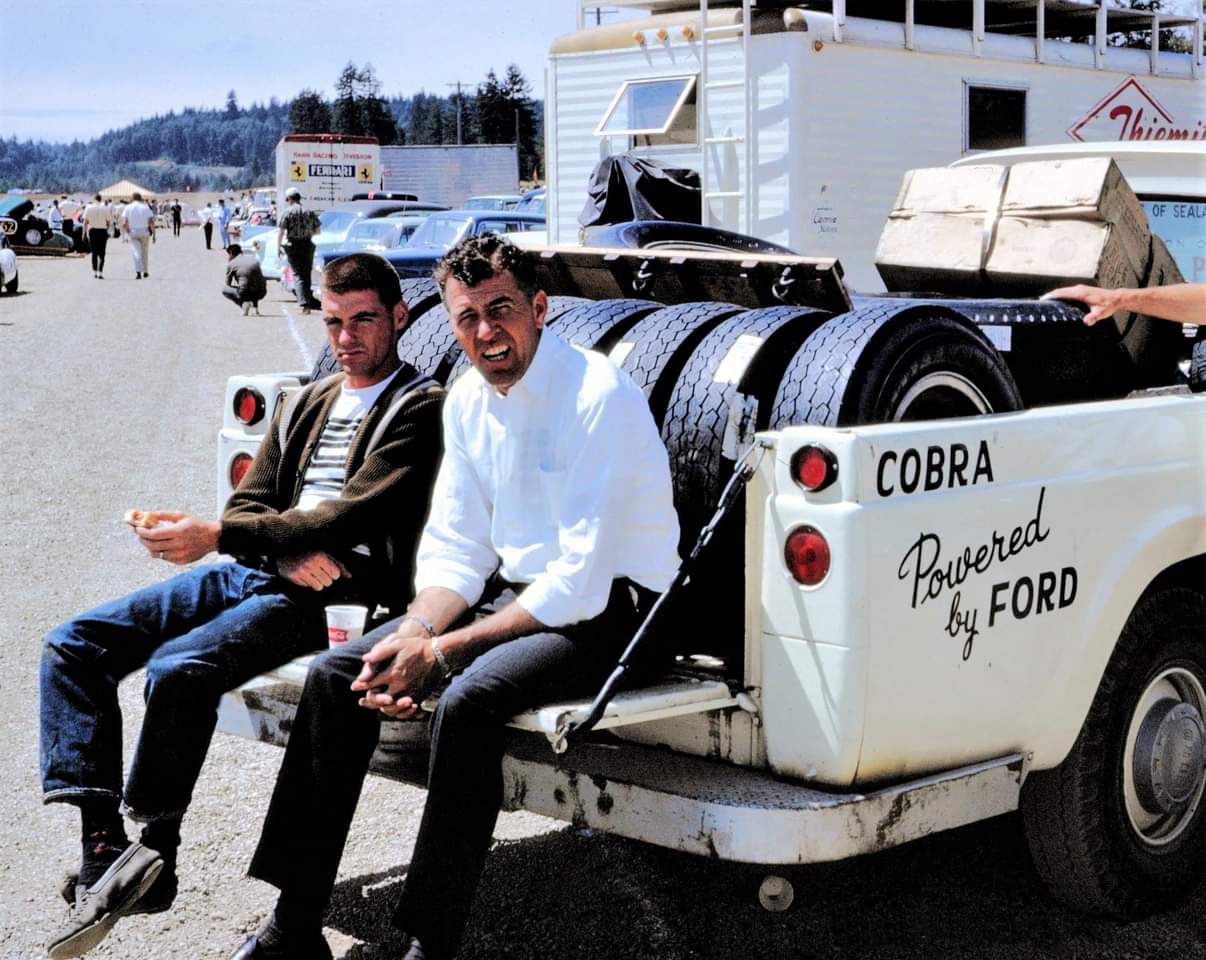 I hope you're wearing your chicken-farmer overalls (dungarees?) while you're working on this one Jerry.

Your output of dioramas and modifications is mind-boggling at the moment. This is another piece of work I will be eagerly awaiting to see develop.
Martin
Top

Like this a lot, looking forward to the finished item!
My collection
Top

Given IXO's recent fascination with racing/rallying support vehicles, I'm sure they're going to be very interested in your prototype Jerry (with a "J"

).
“Racing is life. Anything before or after is just waiting.” - Steve McQueen
Top

Right in my wheelhouse and what a result!

Interesting that even if you were able to get the '61-'65 cab, the bed would be the same as that is the bed they used during the F100 having an integrated bed silliness. Ford had yet to tool up Styleside bed for the F250s and reverted to using the '57-'60 bed.
Jeff
Top

Thanks gents for your comments and yes Martin, somewhere I have a pair of "chicken farmer" overalls (just not sure they fit anymore).

As Jeff rightly pointed out, its a slightly older Ford than Shelby used, but I had to work with what I had.

Finished product below looks good on my Shelby shelf if I do say so myself.

I made extra decals if someone wants to make their own, let me know. 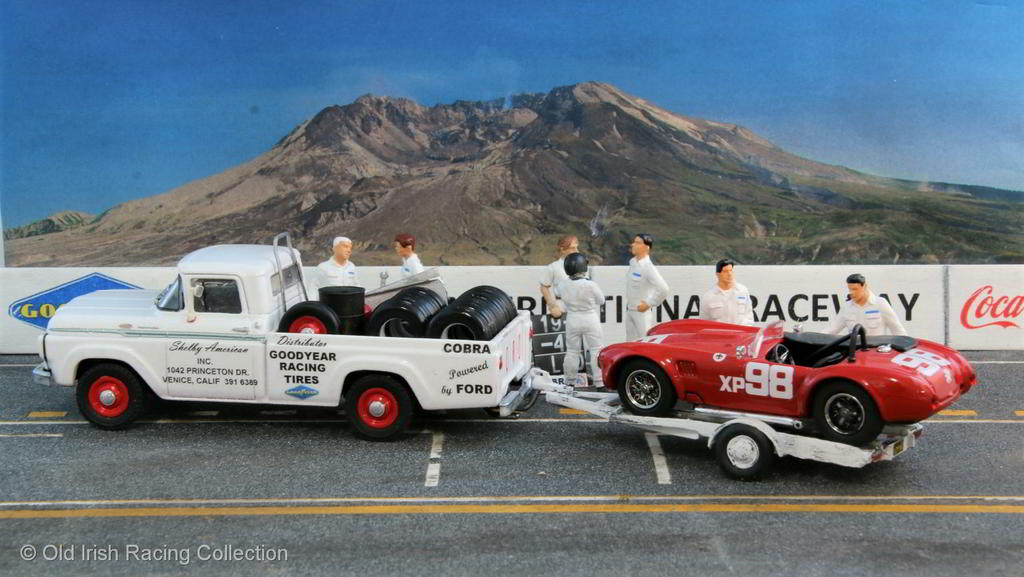 You've done an amazing job, love it!
My collection
Top

A fine result but I already knew that

Possibly one of my favourites of your many conversions Jerry.

Since there are two shown in the photo, are you going to do a second one

.
“Racing is life. Anything before or after is just waiting.” - Steve McQueen
Top

.... and then the Italian car/trailer combo that ahead of it

Jager wrote: ↑
Mon Aug 30, 2021 7:48 pm
Possibly one of my favourites of your many conversions Jerry.
Since there are two shown in the photo, are you going to do a second one

Thanks Ian, but no, one is sufficient. I have spare decals if you want to try your hand at making one.

Yes, you saw it before it was finished.