Over the last week I have spent more time doing research rather than continuing with my kit building and model collecting. Always on the look out for more Derek Bell single seaters I came across this last week.

This is a Bedford TK van which I know nothing about. However, there is a connection. Derek raced with Frank Williams formula 2 team in 1971 as did a whole host of other drivers who are now household names. Anyway, this van is built by a French model company called MEA Kit 43. The first version of the TK was Ron Harris Racing Team Lotus, again I know nothing about this and took no notice of it initially. Then last week in my GPM newsletter I find MEA are to produce the same TK but in Frank Williams Politoys/Motul sponsorship livery, which I think is circa 1971. 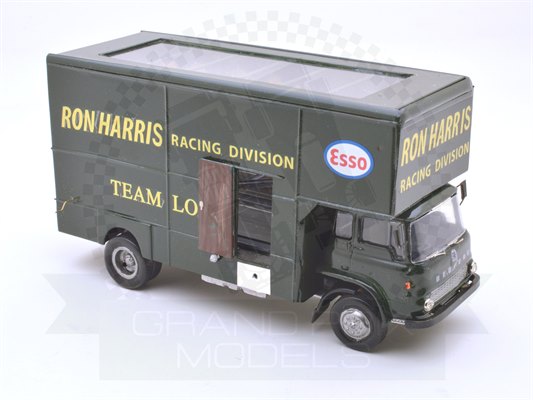 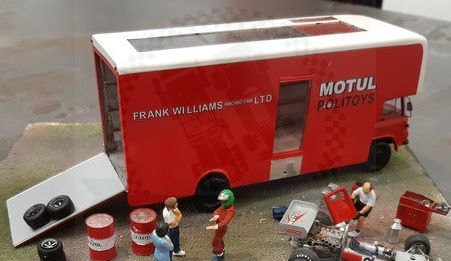 All I need now is the March 712M cars to go with it. MEA do have a Henri Pescarolo version so it shouldn't be to difficult to change race number decals and add a Derek Bell car. 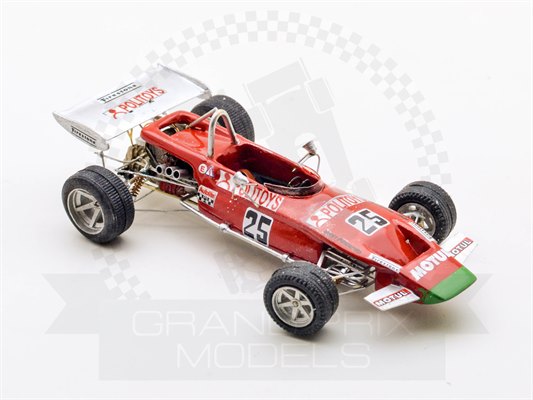 I think this is at Mallory Park 1971. Ronnie Peterson in the foreground also in a March 712M (he went on to win the Formula 2 championship that year) and Derek Bell is in the back ground in the Frank Williams March 712M. 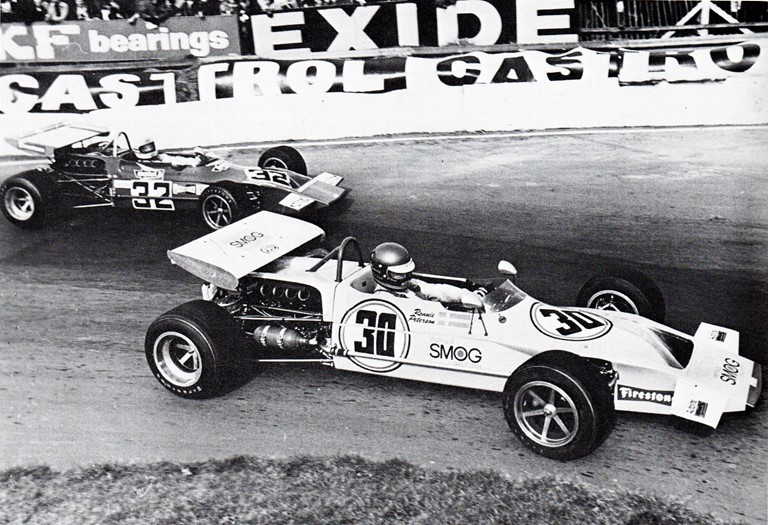 My dilemma now is knowing this little lot will not be cheap.
Paul - "Collecting Motorsport in Miniature; for the passion and its history".
Top

Those transporters are excellent, even more so with the cars.
My collection
Top

. I think this will need to be the centrepiece of a special diorama.
“Racing is life. Anything before or after is just waiting.” - Steve McQueen
Top

I saw that when GPM announced it. I was surprised that its not available in kit form, just hand built. Would make a good base for some other transporters as well. Nice looking model from photos, with good detail.
Jerry
Old Irish Racing Collection
https://www.oldirish.com/collection/models2.html

I was thinking the same. I would have thought there would be more interest in a Hesketh transporter than the two versions they have announced. 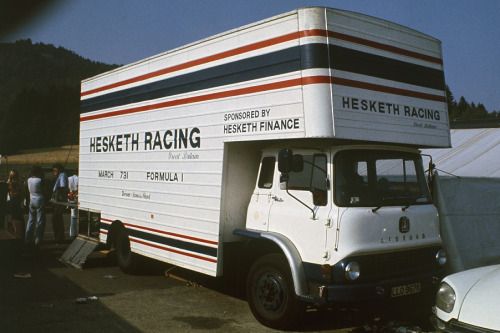 I was thinking the same. I would have thought there would be more interest in a Hesketh transporter than the two versions they have announced.

It would be a hard choice, but I think I would side with the Williams if I could only have one. To me its more interesting history. I wondered how difficult it would be to make the cab look like a Ford? I was thinking McLaren.
Jerry
Old Irish Racing Collection
https://www.oldirish.com/collection/models2.html

Were I in charge of IXO I would jump on this in a big hurry.
Jeff
Top

Hello enjoyed the article,I’ve always liked the Bedford TK - MK series of trucks whether they be civilian , or military. Fantastic work horses from the early 1960s through to late 1980s. Used all over the world .looking at the 1/43 scale model a £200 plus price tag seems a bit steep for most collectors and modellers. A suggestion would be to purchase a altaya ixo 1/43 Bedford TK - Pinder circus model . An remove the box on rear bed , and/or transfer it to a Altaya IXO Pegaso 1065 L 1/43 Luton transporter. Both models available on eBay £30 each or there abouts . Bit of modelling skill, nothing drastic and saved yourself considerable amount of money .Paint & decals of you own choice .
Just an idea

Additionally as stated already McLaren Racing used a Ford (UK) D800 series transporter and so too did Rob Walker and Graham Hills’s Embassy Team Racing team in F1 to name a few. Having seen the price of the Surtees Racing team version at about £400 .which is on the verge of insane pricing, I think a DIY job is the most favourable alternative. One could make the articulated race First Aid surgical unit in the same truck series . The modification to a Dinky or Tekno D800 using the cab ,maybe the trick to have a version of these transporters .your thoughts?
You do not have the required permissions to view the files attached to this post.
Top

I think you are on to something with that Altaya Pinder Ford. I have a MAN box van made by Altaya that would be a good donor for the chassis and box. The Pegaso you showed would work as well. Dinky I think may be too small and would hate to cut up a good Teckno.

20210124_191748.jpg
You do not have the required permissions to view the files attached to this post.
Jerry
Old Irish Racing Collection
https://www.oldirish.com/collection/models2.html

Hello ,yes agree, looking at the Dinky maybe a tad too small in scale,for the Ford D800 it’s where the likes of Oxford Diecast / Corgi should take up the baton and cast several 1/43 scale trucks and provide the collector these popular machines . If IXO Altaya can churn out countless Franco-Spanish-German magazine models surely they can do the same in a couple. Historically speaking where the French Peugeot 504 was a rigid work horse on the Africa continent along with the Mercedes W123 series cars. The 4x4 Bedford TK and the Mercedes Benz LP series were the same in the truck world. There’s an instant several million customers sorted already

I ordered one of the Pinder Fords. Coming from France, so who knows how long it will take to get here. I am hoping the existing box I have will fit. If not, will have to figure out plan B. Couldn't be that hard to make a box from sheet styrene?

Excellent Good luck with the build, I’m sure it will be fine, the low box on the model comes off easily couple of screws under chassis.

Bluesteel66 wrote: ↑
Tue Jan 26, 2021 2:19 pm
Excellent Good luck with the build, I’m sure it will be fine, the low box on the model comes off easily couple of screws under chassis.

Good to know. I will likly first try to fit the Bedford cab to the Saviem chassis since it is correct for the box and would be the most straightforward. On paper anyway...

Just seen another possibility that has the potential to enhance 1960s motor sport diorama. EBRO trucks of Spain built Ford UK light/ Medium truck derivatives under licence in 1950s and 1960s as they moved their fledgling motor industry into more modern era . Based on ET6 and Ford Thames Trader vehicles. Well Altaya Spain brought out 1/43 scale EBRO C-150 truck in a small drinks cargo version. The cab would be ideal to make a Maranello Concessionaires ( Ferrari UK ) transporter for those Ferrari. 250LM - 275GTB4 of the mid 1960s . The ABC model made in Italy costs around €550 Euro new upwards lunacy !!!
Whereas this Altaya model is € 11 ... and mate it with a box van chassis by IXO Altaya and repaint red and the decals .. sorted for a mere fraction of the stratospheric prices of resin hand-built .
You do not have the required permissions to view the files attached to this post.
Last edited by Bluesteel66 on Thu Jan 28, 2021 9:12 am, edited 2 times in total.
Top

Ebro C150 1968
You do not have the required permissions to view the files attached to this post.
Top

Those Spanish trucks are great and incredibly cheap given the quality.
My collection
Top

Thanks for that idea. I've ordered one and will give it a go.
Jerry
Old Irish Racing Collection
https://www.oldirish.com/collection/models2.html